There's no other way 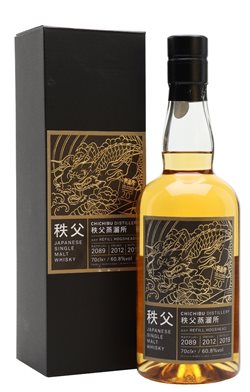 This week saw several distilleries failing to cover themselves in glory with their ability to ensure both fair allocations (limited to 8 bottles per person?!) and non-malignant website checkouts (“what do you mean it removed the bottle from my basket?”). And at the same time, others who, with a little bit of patience and planning, managed both high website loads, and enthusiast expectations. It can be done….but, the harsh reality of allocations and the methods to allocate allocations, is that the only systems which whisky fans will truly praise are the ones which get them what they want.

A ballot is ‘fair’ if you happened to win that ballot. A website worked well if you were amongst the fortunate ones not to be 404’ing your way through a large chunk of your day. Most enthusiasts are fairly reasonable and realistic about such things….but others are not. And in being vociferous about the perceived failings of even-handedness and technology, rather than dissatisfaction setting in and fans moving elsewhere, the net result is what was already limited becomes even more coveted through its sheer difficulty to get into a check-out basket.

I’ve been there myself (though I try to avoid it), wading through the mire of a morning of high blood pressure and high caffeine intake in combination with ever dwindling patience. But there most certainly is an endorphin release associated with a successful limited edition purchase. After the trials and tribulations the bottle is in the cart and then checked out – and this brings with it a frankly perverse sense of achievement…I’ve managed to give a business my money.

But let’s be clear here – this process, and the barriers that it can put up, is in of itself another psychological driver for purchasing. Inaccessibility and the FOMO which sits within it can be just as potent a lever as the scarcity of the product itself.

That’s a pretty dark view on the acquisition of limited editions. More often than not it’s simply a lack of producer common-sense….and bandwidth. But as above, some guys do it better (and fairer – IMO) than others.

And today we have a bottling which is being balloted about as fairly as I believe is currently possible.

I was first introduced to the Chichibu 2012 #2089 TWE Exclusive at last year’s London Whisky Show. Dramble Webmaster Danny dashing over and near dragging me off my stand with the insistence that I visited Yumi and immediately sample this upcoming single cask. Some 6 months later (it has taken its time) I am now presented with an official review sample of that very same whisky – and it has got me a little nervous.

At the time I first sampled this expression, it presented itself as one of the highlights of my show – strong stuff – and certainly a liquid memory. But, I’m always wary of the circumstances of tasting anything – particularly in an uncontrolled environment such as a trade show. The adrenaline of working the stand for a day still pumping around my body, no notion of what I might have eaten prior (likely a sugar-based ‘pick me up’), and the knowledge that Danny had strong-armed me into it, building a sense of expectation.

Now we’ll do this properly. It’s time for a rematch.

Cask #2089 was distilled in 2012 and matured in a refill hogshead that was previously ‘from a now closed distillery’ – instinct would suggest Hanyu (given the family connection), but at the same time that feels too easy, and there’s nothing to say that this closed distillery was even located in Japan. Regardless, after a seven year maturation peated Chichibu spirit (50ppm for the phenol geeks among you) was disgorged and has resulted in 211 bottled at an ABV of 60.8%. The bottling, whilst viewable on The Whisky Exchange website is only available via entering the ballot - which you (not your dog) need to be registered on TWE site to have received the details of.

The ballot runs till 23:59 tomorrow night (Sunday 17th May 2020) and those who are successful will have the privilege of paying TWE £275 for this single cask release.

Taste: The arrival delivers lemon gel and sticky, reduced berry fruits, lingering just long enough to provide an opener for the eruption of smoke and spice which follows. Bituminous, tarry and highly resinous peat is joined by piquant pepperiness and fennel. It’s concentrated and concerted, yet at the same time still wonderfully defined and detailed. The development returns to the sweeter side, offering gummies and syrupy stone fruits together with a glass of bedtime hot chocolate. Reduction offers a rather exciting transformation (and there’s plenty of scope at the high ABV for manipulation) – candied lemons, sugar dusted grapefruit segments and lime slices alongside a candy necklace and tub of Sudocream.

The Man from Del Monte very much says yes. This is an exceptional cask pick from TWE. Chichibu 2012 #2089 offers a dreamy combination of high-impact peat smoke alongside the discernible quality spirit that the distillery has become renowned for. The combination of tarriness played off against citrus will likely be familiar to many – and have them casting their minds over to the Inner Hebrides. But at the same time this refill hogshead has developed a particular chiselled precision that seems near remarkable for its 7 years of age. Second time’s a charm.