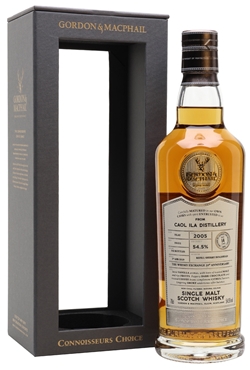 Whisky is frequently described as being a versatile spirit – often this is simply referring to its incredibly broad range of aromas of flavours, or its application across a wide variety of cocktail styles. But, the adaptability of whisky can also be looked at from the perspective of its production and maturation. Whilst commonalities can be drawn across the methods used to produce whisky – the end results are far from the same. Some spirits work better younger, some older. Some spirits shine brighter in particular cask types, and some offer their strongest personality when delivered with the addition of peat. At the same time, there are whiskies whose inherent characteristics operate equally as capably under a wide variety of conditions. Caol Ila is to my mind one such whisky.

Peat smoke expresses itself quite differently depending on the length of maturation – fiery and bombastic with youth – relaxed and refined with age. Caol Ila can be well-composed at virtually any age – in youth, there’s little hiding of sins – it tends to be sharp and formidably intense. When well-aged, it retains its concentration and distillery character, but offers with it a tranquil balance. Few whiskies possess this depth of spirit character (and weight of distillate) to be able maintain such poise across such a wide range of maturation ages.

Perhaps Caol Ila’s most interesting versatility, is its ability to still perform when produced unpeated. During the 1980s downturn, demand for Islay’s heavily peated distillate plummeted, but Caol Ila was able to adapt itself to produce an unpeated, almost Highland style of spirit which it utilised to fulfil blending demands (and thus weather the downturn). The distillery still produces an annual unpeated bottling – not only it is particularly tasty, but it also remains true to the spirit’s inherent character.

Whilst much of the distillery’s now 6.5m litre capacity (increased in 2011 with the addition of more washbacks) is utilised for Johnnie Walker, the remainder, either OB or IB offers enthusiasts an incredibly broad canvas of adaptable single malt.

Today’s Caol Ila comes via Gordon & MacPhail in the form of another TWE 20th anniversary bottling. This one was distilled back in 2005 and matured in a refill sherry hogshead for 14 years before being bottled at 54.5% ABV. A mere 142 bottles have been produced, each of which will set you back £93.95 from The Whisky Exchange

Nose: A steady delivery of potent sweet and medicinal smoke alongside an array of fruity pleasures and sugary delights. Lemons, apricots and grapes are joined by candy canes, creamy white chocolate and meringue whilst damp soils and leaf mulch mingle with ashy tar. The addition of water reduces the overall sweetness, unlocking lemon cough drops, vanilla sponge and French crepes alongside a slight aspirin chalkiness.

A solid Coal Ila that presents an interesting contrast between bright fruits and darker sugar-driven sherry influence. Both work well with the spirit’s powerful medicinalness and heavy tinge of coastal minerality. The end result is very good, but you’re certainly paying more for the sherry hogshead.