Glass into the past 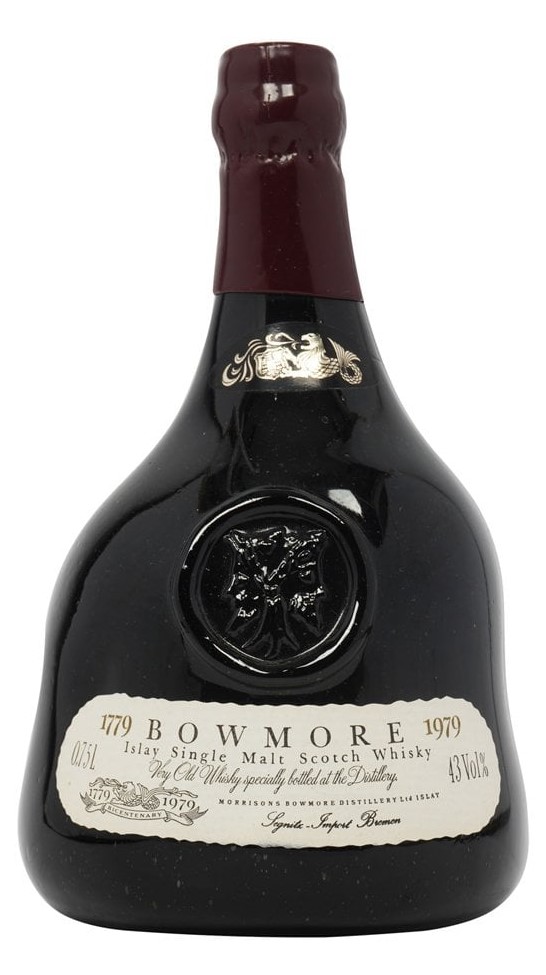 Regardless of your stance on the desirability (and affordability) of old-style whisky, it is indisputably true that spirit profiles have changed, some quite radically, over the past half century. Whilst the core transformative processes of milling, mashing, fermenting, distilling and maturation remain conceptually the same – the actual application of these techniques has been adapted, tinkered with, and in many cases completely modernised many times over. Whisky doesn’t remain the same. And nor should any of us want it to – variety is the spice of life – and I quickly tire of being beaten by the vanilla stick. In fifty years’ time whisky will not be completely uniform to the liquid that you’re enjoying today. It changes out of necessity – and as such, there will always be an interest and a market for exploring the variances and different styles of historical whiskies - a glass into the past.

Dave Broom wrote a few years ago about the fetishisation of whisky of the past – and in many regards he’s on point. It’s a folly to worship ‘the good ole days’ when whisky must always move forward (a concept explored in depth last month on The Dramble). But at the same time, whisky offers remarkable differences not just due to its current day breadth and bright future, but through and because of its historical variation. Whisky would not be where it is today were it not where it was sixty years ago. The journey is important. And whisky from the past is different - it’s a different product of a different time, made with a different outlook for what was then, a different world.

Comparing whisky from the present to that of the past sounds easier than it actually is. Sadly the passage of time and the attrition of drinking necessitates that there’s just not as much of it left in the world to explore. But there are opportunities to experience 'old style' whisky – and I would heartily commend them to you – at least once during your ongoing whisky journey. Distilleries, producers and enthusiasts alike would be wise to not dwell on the past – but equally sage to ensure they learn from it nonetheless.

Today’s review is of a rather special bottling – a legendary Bowmore feted by many as amongst the best the distillery has ever produced. But that is not to say that you necessarily need to seek out such renowned bottlings for your exploration of whisky’s past – there are countless, easily overlooked examples that by the .cl or by the dram offer just as much insight. Events such as Old & Rare (which is where I acquired this review sample) offer drinkers a chance to sample exactly what I’m describing – the often-marked differences in spirit styles and bottling characteristic that have helped form the development of whisky over the past century. That is not to say that whisky from the past is better – I don’t believe that it is. But it is, in many cases quite simply ‘different’ and those differences are just as fascinating to explore as the development of modern-day whisky.

That is not to say you need to spend a small fortune on an exploration of ‘old style’ whisky – there are just as many enthusiasts who become obsessed with whisky’s past as are chasing today’s limited editions. Everything in moderation please. But there are still ample examples of bygone era spirit that are easily overlooked and yet still worth exploring. It doesn’t have to be a long or expensive trip, but I would still advocate taking some time with a glass into the past.

So, Bowmore Bicentenary. It’s my birthday – I’m permitted. There are a dizzying number of different bottlings of this now legendary release – many seemingly identical but produced for different markets. And at volume – whilst Bicentenary is lauded as one of the very best produced by the distillery, the number of bottles released onto the world in 1979 was into the tens of thousands. As above….attritionally, there’s now not quite so many left knocking around now.

This release comes from a 1964 vintage of ‘Sherry casks and American casks’ (read ex-bourbon) and was bottled at 43% ABV. I’ve no idea of the price back in 1979 – I was just celebrating my first birthday at the time and had other things on my mind. Nowadays you’re looking at somewhere in the region of £5,000-£6,500 for a bottle depending on condition. Far from my usual rodeo. But I'd be lying if I said I wasn't excited...

Nose: An intoxicating (ha!) amalgamation of deep, resinous sherry together with surprisingly fresh spirit-led fruitiness. Dark, bitter chocolate and maraschino cherries are joined by ancient, cracked leather seats, pan fats and a roasting tray full of Sunday meats. Earthy nuttiness runs throughout and sits with flecks of balsamic sharpness, whilst dusty church vestibules (old books, tapered candles and herbal incense) are livened with crisp orange juice and a scatting of salt. In-glass development is quite profound – additional fruity notes of mango slices and pressed raspberries alongside increasingly intense chocolate – cocoa solid % ever increasing. Curry leaves, salted lime zest and touches of smoke so background as to genuinely feel like they’ve been sucked in directly from of the past. Utterly poignant.

Taste: Forgiving on the arrival, but still with a palpable structure that leads on lamp and engine oils together with plenty of old sherry rancio – wet barrels and damp waterlogged wood with plump raisins, cherry cordial and chocolate shavings. Chimney ash runs throughout – evocative of a thin layer of creosote together with brake fluid, tree resin and a pouch of pipe tobacco. Again, patience is a virtue – resting time results in the expression of mango together with zesty orange and a combination of tingly pepper and bouquet garni herbalness.

Bowmore Bicentenary is a glass directly to the past – a hauntingly taut and profoundly complicated puzzle box of outstanding 1960’s spirit that you could lose yourself in for days. The incredibly diverse character defies easy definition – this is not the Islay you might think of today – of blustering, in your face phenols and active, forceful woods. Here flavour density has been achieved through breadth just as much as through depth. Veteran enthusiasts regularly cite 60’s Bowmore as some of the best whisky ever created – who am I to argue with them when presented with a distillate of such obviously impeccable quality. More than a birthday treat – time spent with a legend.