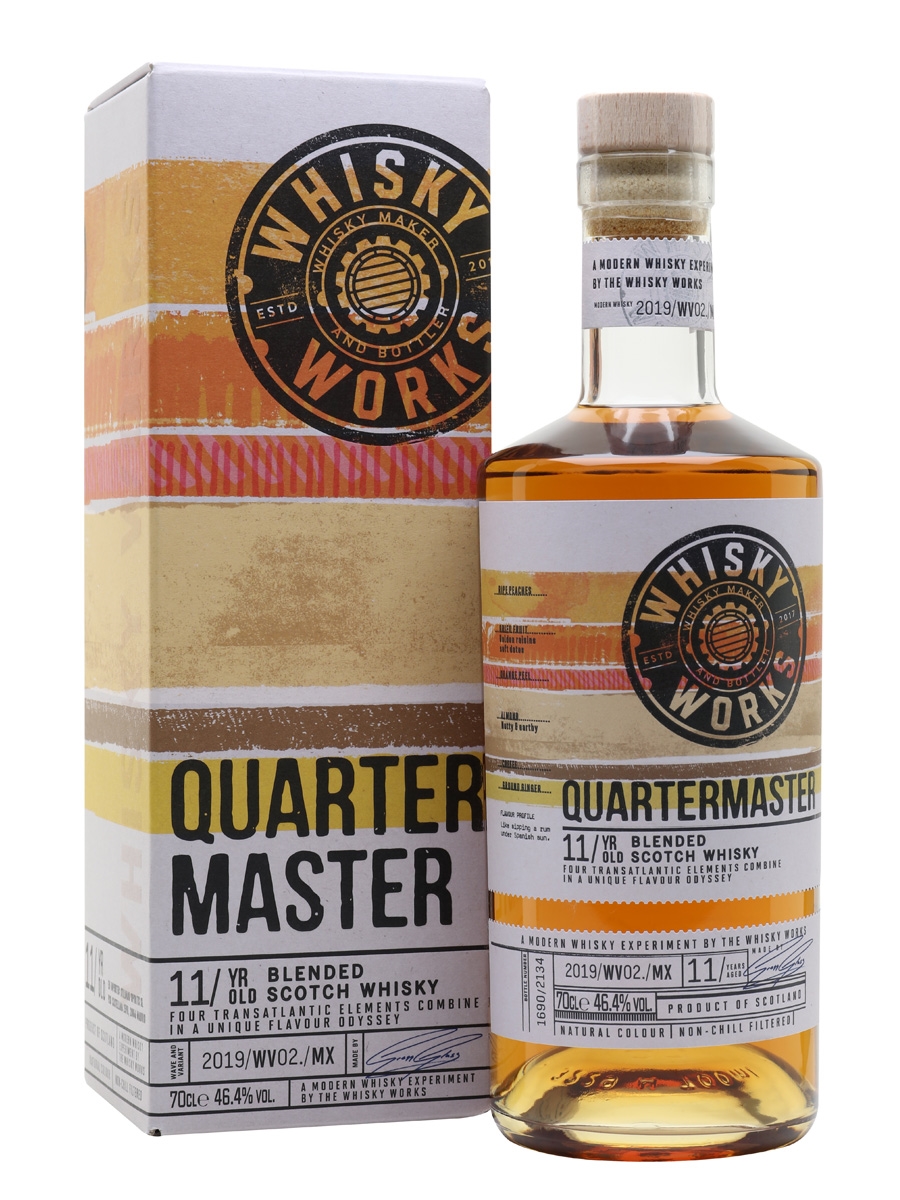 Grain whisky is underappreciated, under-valued and often misunderstood. Despite a total lack of education into what grain whisky is, and what grain whisky isn’t – the common or garden consumer is likely to have already formed an opinion on this much maligned of categories. And, it’s a mark of the success of “single malt” marketing that despite an absence of knowledge, folks will still readily proclaim grain whisky as a to be avoided ‘additive’ to their precious single malts. And yet offer these same folks a renowned wheat whisk(e)y or high percentage corn-based product and the penny almost never drops.

All over the world, you’ll find column stills and pots fitted with rectifying heads that are using these very same ingredients to craft arguably exceptional whiskies. And in Scotland when we’re talking about grain whisky, whilst there’s a whole host of cereals that it is possible to utilise, for the most part we’re talking about wheat and corn. The very same ingredients.

Perhaps it’s the petrochemical plant façade (as opposed to picturesque, waterwheel-powered historical throwback) or perhaps it’s just the reputation for mass-production (small-scale somehow being ‘better’ through want of size alone) – but irrespective, despite the similarities, grain whisky has not to date captured the imagination of drinkers and budding whisky explorers.

And yet grain’s significance in the development and expansion of the whisky industry and its continued importance is usually underappreciated. Grain whisky still drives the wheels of global whisky - however, whilst whisky education continues to improve – I’m not as yet seeing a similarly drive for a greater understanding of grain.

Grain whisky is cheaper to produce than malt – both in terms of the purchase and processing of the cereal itself and in terms of the volumes it is possible to produce on a continuous still (though remember, not all grain is crafted on column stills!). As such, this sense of ‘cheapness’ has no doubt added to the reputation of grain as being ‘poor person’s malt’. But whilst the price of single malt whiskies continues to hit new levels of headshaking (Distell’s 2020 Limited Editions WTAF?!), we are not yet seeing folks starting to move over to more affordable (m)alternatives.

This is perhaps because of how grain whisky has and is being promoted. Bottlings like Haig Club might have increased accessibility to the category through celebrity tie-ins, glitzy advertising and supermarket availability (to say nothing of the taste – which IMO does grain whisky no real favours). But at the same time, once an enthusiast has progressed outside of the safety of their local stocked shelves, or friendly bar – where do they go next? There’s not the same journey and progression available to them - grain whiskies are still very much the purview of the independent bottler – the specialist. And even then, like so many facets of whisky, they’re a niche within a niche.

But grain whisky promotion and pricing are currently far from consistent. Whilst those in the know will regularly jump at the chance of a very well-aged North British or Dumbarton (to name my two personal favourites when it comes to older grain) – some indy bottlers are starting to apply hefty price tags to vintage grain whiskies – without any of the necessary education required to justify these RRPs. And there’s little uniformity out there. Whisky X costing £100, whisky Y costing £300 when the only difference being a cask number, bottler's name and wooden box vs. a cardboard tube. A fool and their money can be easily parted.

A two-tiered grain market seems decidedly odd – and I truly wonder how these ultra-premium grain whiskies will perform when there’s plenty of other alternatives available at a fraction of the price. I suspect there’s a market correction needed here – either all bottlers upping their prices to match – and argue “well it’s still cheaper than malt at the same age”, or the niche of highly priced grain whiskies just won’t survive all that long. Time will tell. But to my mind, if the market for supposed ultra-premium grain is to thrive then there needs to be considerably more education about the category.

And more experimentation - in both the composition of whiskies, but most importantly, in messaging behind them….

Single malts did not establish their worldwide reputation through expensive, limited, single cask expressions – though this ‘mysticism’ does now drive a significant segment of the market. Rather, single malt’s acceptance and expansion was driven through its accessibility to all – as a great leveller – available in drinking houses up and down countries – in a variety of guises and at a variety of price points. And, importantly with a huge variability in terms of aroma and flavour profiles.

Grain whisky currently has little of that. Even within enthusiast circles I regularly see the assertion that “…all grain whisky tastes the same”. There’s work to be done to show off the versatility of grain whisky – to establish that not only does it not all taste the same, but that as a liquid, it can convey its own forms of elegance.

In a market wher ever increasing prices only seem to be drawing in ever increasing numbers of avid explorers (and hedge fund managers), grain needs to find a recognition and an acceptance outside of just being ‘cheaper’ than malt. And in marketing terms this requires a pivot of approach – a change to describing what grain is – as opposed to what it isn’t (single malt) and a change to describing the proposition to one of ‘value’ (which means more than price) as opposed to the cost simply being low. There's work to be done.

Whyte & Mackay’s independent blending and bottling operation - The Whisky Works – is aiming to compare and contrast classic creations against modern, experimental whiskies. The company plans to release two expressions twice each year in April and September (2020 perhaps not being the most indicative year for things sticking to timetables) with one release focussing on a ‘classic’ whisky and the second providing something more ponderously experimental.

Quartermaster was 2019’s investigational release  - a blended whisky formed of Highland grain (possibly from Invergordon given the current makeup of the Whyte & Mackay stable of distilleries) that has been matured in ex-rum casks and finished in Pedro Ximenez sherry, combined with a selection of Speyside single malts (again - assuming this is kept in the family Tamnavulin seems possible here) that have been matured in American white oak and sherry butts.

The resulting batch of blended whisky produced 2,134 bottles clocking in at 46.4% ABV. You’ll still find it available from a variety of retailers – some currently offering a discount. But none, as of writing, as competitively priced as Drambusters where you’ll be able to pick this up at £55 (reduced from £75).

Taste: Weaker in texture than it is in flavour – which is delivered with surprising intensity. Rum-soaked raisins, figs rolls and prunes together with chocolate sauce. Orange zest and balsamic provide livening elements, whilst cinnamon spiced pastries is joined by leatherette and a dusting of ground ginger. Water introduces bitter dark chocolate alongside burnt caramel and crystalline ginger – it’s less defined and draws from all of the precursor casks…..all at the same time.

Quartermaster’s multifaceted cask composition presents as more leftfield than the actual liquid in the glass. The result of the combination of finished Highland grains and combination of Speyside single malts is a blend that is rich, deep and all really rather effective. And to my mind (palate), it’s the grain, not the malts that is driving this success here.

Both the ex-rum and ex-PX influences are palpable and enjoyable, and they are propelled forward by the grain component. A demonstration that ‘integration’ within blended whiskies is not all about masking the grain whisky – it is about finding an equilibrium point where the amalgamation feels and behaves in synchronicity. And here grain is proudly star of the show.