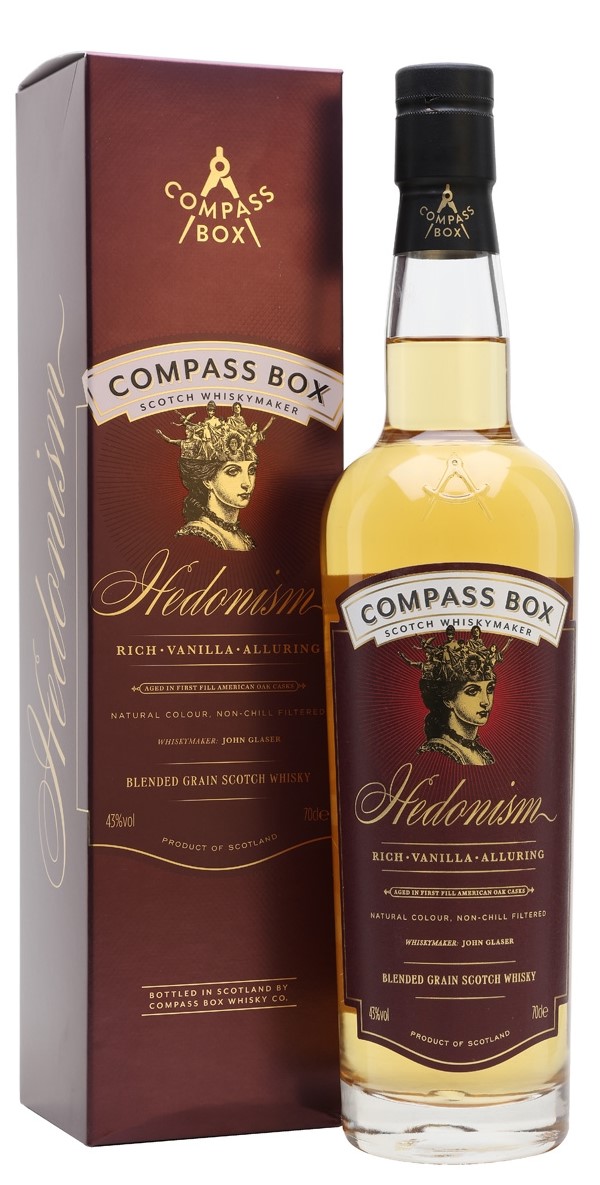 Night and day. Black and white. People are either open-minded and welcoming of change and new ideas – or they’re closed-minded and hold rigid opinions and narrow outlooks. And so, we all choose to associate ourselves with being open-minded – it is a binary choice, right? Yes, we should choose to be open-minded - after all, a closed mind is a dying mind. If only it were that straight-forward. As much as we all like to consider ourselves to be open-minded, few of us truly are. I’m not nearly as open-minded as I’d like to be. This stems not from being obstinate (I can be quite good at that when the mood takes me), but rather from choosing a position or a belief before ever evaluating what’s really in front of you and whether that position or belief is either factually true, or indeed is emotionally faithful to who we are. And when it comes to whisky – this happens all the time.

The recent monthly delivery from Summerton Club of Jura 18 year old to its members typified the in-built biases that many of us possess. Proclamations of the bottling being “crap”, preceded the opening of said bottle – and in many cases the assertions even came before the tasting of any previous bottlings produced by the distillery. The Interwebs proclaimed that Jura whiskies are of poor quality – therefore this must be the case. Oh, but we’re still open-minded about whisky.

As much as the wider whisky community is a place of learning and sharing, it is also a place that fosters closed-mindedness. There is a constant community pressure to like certain whiskies and distilleries and to dislike others. Rarely for rational reasons. And often solely because one person tried a single thing and decided that not only that they didn’t like it, but as a result they were going to give up on it forever. Following these trends, or even making snap decisions based on the sampling of one whisky alone might provide you with the confidence and comfort to nod sagely with the ‘in’ crowd who think they know far more than they actually do – but in reality, complying to biases (whether personal or widely held) is one of the fastest ways to limit your whisky journey.

Think of it like a relationship. Let’s say that for several years you dated someone who possessed blonde hair. It was never quite love at first sight, but you stuck it out and hoped that over time things might improve. Then one day, blonde-haired person dumps you (“it’s not you, it’s me”), packs their bags and leaves. Are you going to never date another person with blonde hair? Are you going to consider that they’re all the same, and that you’re just not suited to one another? Would you then tell all of your friends that based on your experience that they too should avoid dating blonde-haired people?

There’s no point in flogging a dead horse – if you genuinely don’t like a whisky having sampled it several times you should feel comfortable moving on and trying something else. But palates are tricksy things – and it’s all too easy to fool yourself into either believing the hype or playing down the qualities of a particular spirit. If you start to conscientiously hunt for sulphur in your whiskies, rest assured you’re going to find it. Repeatedly.

Flip the coin onto the other side, and it is not only us drinkers who tend toward closed-mindedness at times. The problem exists on the producer-side also. And it produces stagnation. For as many distilleries and bottlers who are adept at decisiveness and adjusting their offerings based on the ever-changing whims of the market – there are those who will doggedly chart their boats the same direction time and time again – even in the face of tangible consumer resistance. As much as drinkers should learn to trust distilleries – they do know what they’re doing and sitting in your armchair telling a business how it should be run just makes you look like a wally – distilleries should learn to trust drinkers.

The big players are exceptional at this, you might rail against the changes, but a sizeable consumer intelligence budget will tend to produce results which are in-tune with the demands of the market – even if they’re not in-tune with you. But at the other end of the scale, there’s a raft of distilleries and bottlers who staunchly believe that doing the same thing repeatedly will at some point miraculously produce different results. And it’s through these actions that reputations – such as Jura’s to return to the previous example – are established, propagated and thereafter held – even by those who haven’t actually sampled liquid. Biases are rarely based on experience.

Speaking of biases, the long-standing divide between malt and grain is one of the widest. Ignoring the fundamental differences in ingredients or even the techniques for distillation – the gulf between these two styles is long-standing and often borne of a belief that grain whiskies are little more than blend-filler (ignoring the fact that malt is also regularly used as a filler) and a cheaper constituent to single malt whisky (often put on a pedestal for its name alone). But whilst the percentage of grain within a blend is often still thought of as a marker for its quality – the lower the better – the beliefs that grain whisky is but a poor cousin to malt is slowly starting to erode.

The emergence of grain whisky as an alternative is a phenomenon of the past 20 years. Prior to the turn of the millennium, the number of grain whisky bottlings (particularly OBs) was notably low – through remember that single malt as a category is also not as old and as established as many believe it to be. Regardless, it took several landmark bottlings of grain whisky to start to turn the heads of the malt-obsessed towards the qualities of its column-distilled cousin. And one of those milestone bottlings was undoubtedly Compass Box’s first release – Hedonism.

Whilst it would have been easy for John Glaser’s company to purchase and bottle a cask a single grain whisky back in 2000 – it was through the amalgamation and union of both older and younger grain whiskies from a variety of distilleries, that Compass Box’s inaugural release disproved the long-stand assertion that grain whisky was lacking in depth and character. At the time, the consolidation of grain whiskies together into a vatting was unheard of outside of distillery warehouses and perchance random experimentation. The result effectively introduced a new category of Scotch whisky – blended grain – and it inarguably spearheaded others into considering the qualities of grain whiskies both standalone, and when amalgamated sympathetically with high quality casks.

Hedonism was first released at the tail end of 2000 and has remained in Compass Box’s portfolio ever since. Matured in 1st fill American oak barrels and rejuvenated hogsheads and deriving its character for a number of different distilleries – which vary as the expression is a batched release, but typically would be sourced from a combination of: Cameron Bridge, Carsebridge, Cambus, Port Dundas and Dumbarton. The expression is bottled at 43% ABV and is available from most retailers, including The Whisky Exchange where you’ll find it currently for £63.95.

Taste: Golden syrup drizzled cookies fresh from the oven sit with creamy toffee and almond paste. Coconut cream joins touches of vanilla, whilst dried stone fruits are livened with lime juice and a peppery prickle which pervades the back of the palate as the whisky develops within the mouth. Dilution presents nougat and marshmallow – soft and creamy – against a bolder oak presence from popcorn and toasted cereals.

Finish: Medium in length with caramel wafer biscuits and just a touch of PVA glue fading into the distance.

Compass Box Hedonism is a seminal grain whisky that has been around for two decades for a reason – it typifies what a well-balanced, well-integrated union of grain whiskies can achieve in terms of both flavour and drinkability. The result brings all of the best elements of grain whiskies in terms of their approachability and creaminess whilst largely eschewing the more distillate-driven ‘glue-like’ notes which tend to pervade single cask examples, and which may or many not be your ’thing’. Worth noting that as a batched release, Hedonism is not monolithic – and with a changing selection of constituent grains it is therefore worth sampling more than once.