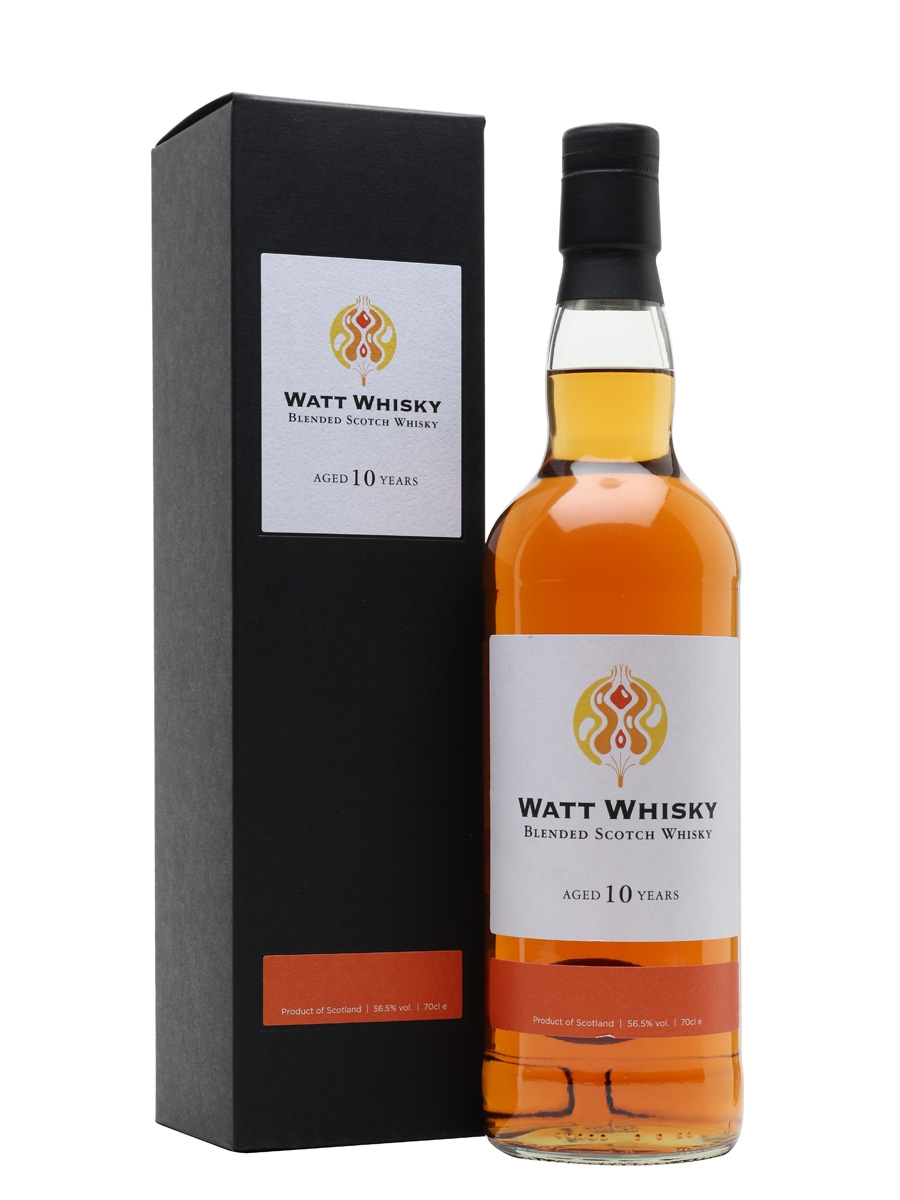 A noteworthy release from Watt Whisky in the form of a high (cask?) strength blended Scotch. Matured in a “barrel” (whether from birth or combined at some point who’s to say) which produced 232 bottles at 56.5% ABV. This one is available via The Whisky Exchange for £44.95.

Taste: Malt and grain are both well-defined but stand fairly apart and distinct. Milk chocolate buttons and café latte develops into raisins and dried stone fruits assertively spiced by stem ginger. Cereals and nail polish sit with lacquered fence panels, spun sugar and crunchy biscuits. Water reduces the overall distinctiveness of the elements but does result in their improved amalgamation – additions derive from the cask – fresh vanilla and toffee popcorn.

It’s a very rare day that I find myself drinking blended Scotch at 56.5% ABV. And as such, the individual elements of this Watt Whisky concoction take a little while to fully compute. Both malt and grain are jostling for centre stage throughout – and that results in some tautness (at least until reduced). But it is nevertheless a fascinating union that offers something fairly uncommon outside of blending labs and warehouses. I’m not totally convinced by the competitive nature of each element, but I can’t deny being equally and oddly captivated by it at the same time. Different.