Managing expectations is part and parcel of being a current day whisky enthusiast. Along with inevitable disappointment (missing out on a ballot, not possessing the fastest check out finger in the west), there’s also the hype train - which seems to continually leave the station week after week with the advent of a new release. In part, this is obviously a misrepresentation - folks deliberately talking up, or scoring highly bottles they’ve already acquired in the hope of generating a higher eventual sale price (Whiskybase previously a mainstay in my own expectation management system is rapidly becoming a catalogue of releases….and propaganda). But then, there’s good old fashioned peer recommendation, which when presented without external bias is still one of the best methods for identifying a gem beyond tasting it yourself.

213 bottles were produced from this refill hogshead of Ben Nevis – bottled at its natural cask strength of 50.1%.

This weekend’s London Whisky Show presented attendees with a glimpse of whisky’s future – a future that still seems in some quarters inherently grounded in the past. Well-known players rolled out their long-established core ranges, steeped in history and vague suggestions of tradition, whilst new entrants presented attendees with an alternative direction for the category. Gone are the days when show-goers would fawn over big brands and their largest age-statement bottlings (though that’s still certainly a ‘thing’). The wealth of first time IB exhibitors and new distilleries offered a showcase of the whisky future that’s yet to come – and it was around these stands that the buzz and interest was most palpable. 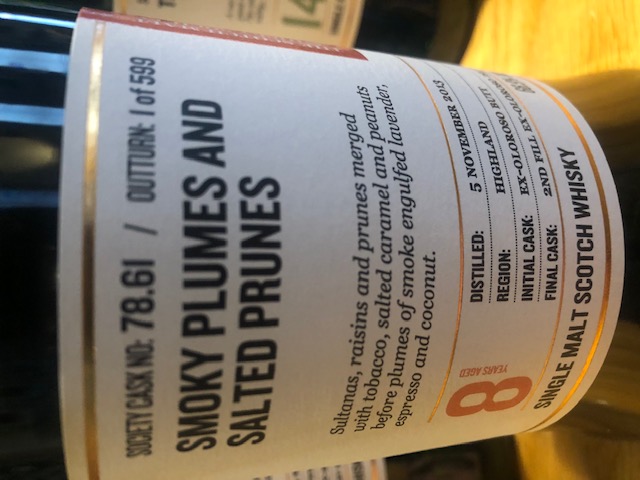 Another interesting casking – four years in an oloroso seasoned butt and then moved into the 2nd oloroso butt which was used to mature SMWS 3.307 – Journey into Joy (a 20 year old Bowmore). There’s a 3rd fill finish for the final four years of this whisky. Curiouser and curiouser. 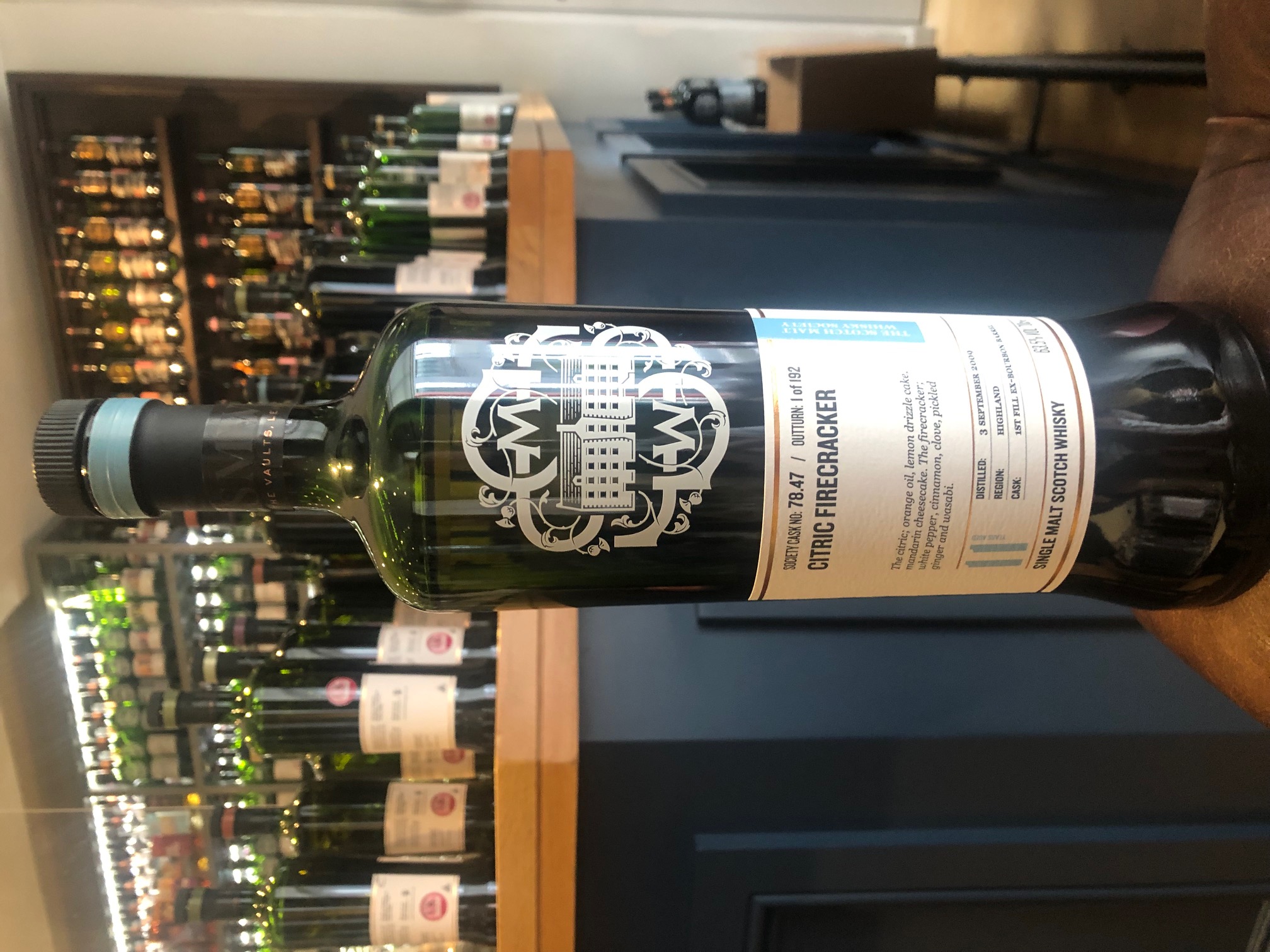 The light of Nevis seems to grow every lighter with each year that passes. It’s just such a shame the distillery still doesn’t have quite enough inventory to match this with increased availability of their own bottlings. This 11 year old SMWS has spent its life maturing in a 1st fill ex-bourbon barrel.

Time for some sherry influence, and this 19 year old Ben Nevis is has a name which implies a whole lot of sherry. Filled in December 1997 this has spent its entire life maturing in an refill oloroso sherry butt. Deep, Rich & Dried Fruits profile.

When writing about whisky, there are times when aromas and flavours are challengingly stubborn to try to describe. They might be a little unformed and unfocussed, they might straddle two or more different aromas and flavours – making honing in tricky. Or they might simply just be ‘funky’. There are a few distillates which are often described as possessing a ‘funk’ about them. In my view, the word is bandied around all too often – usually when  the writer is having an moment of inability to adequately describe something. Nevertheless, ‘funk’ can have meaning when defined in context.

There’s been a fair few Boutique-y batches of enthusiast favourite Ben Nevis over the years – we’re now all the way up to Batch 10 – the oldest release from this distillery by the bottler. The release consists of 558 bottles at 48% and with a sticker price of £169.95 from Master of Malt.

The UV activated ink on this Ben Nevis highlights the link between Jerez in Spain and Scotland - which means of course we’re talking about sherry casks. Whilst some would likely disagree, I’ve always felt that unchecked sherry influence has a huge potential to run roughshod over the top of a spirit, reducing its complexity and lessening its nuances. In effect – delivering something which tastes primarily of boozy sherry. This Whisky Show exclusive acknowledges the differences that 1st fill and refill sherry casks have on a maturing spirit, and opts for a more the restrained refill approach.

It possessed a texture best compared to an amalgamation of fried squid rings and a non-stick bathmat - I’d clearly made the most terrible lunchtime mistake. But let’s start this back at the beginning….Many moons ago I sat down in a restaurant in Seattle for what would be my first Korean Barbeque experience. A rather neat dining concept where the food is provided raw and the customers then get cook it on small grills built into their tables. Fun. And a clever method for getting people to unwittingly pay a premium for little more than an ingredient delivery service and a readily available supply of propane. But, novelty or not, to this day, this meal is still, probably, my biggest ever textural blunder.

This lasted minutes – as much Nevis does nowadays. It spent its 25 years of life in a single ex-bourbon hogshead before being bottled earlier this year at 51.1% ABV.