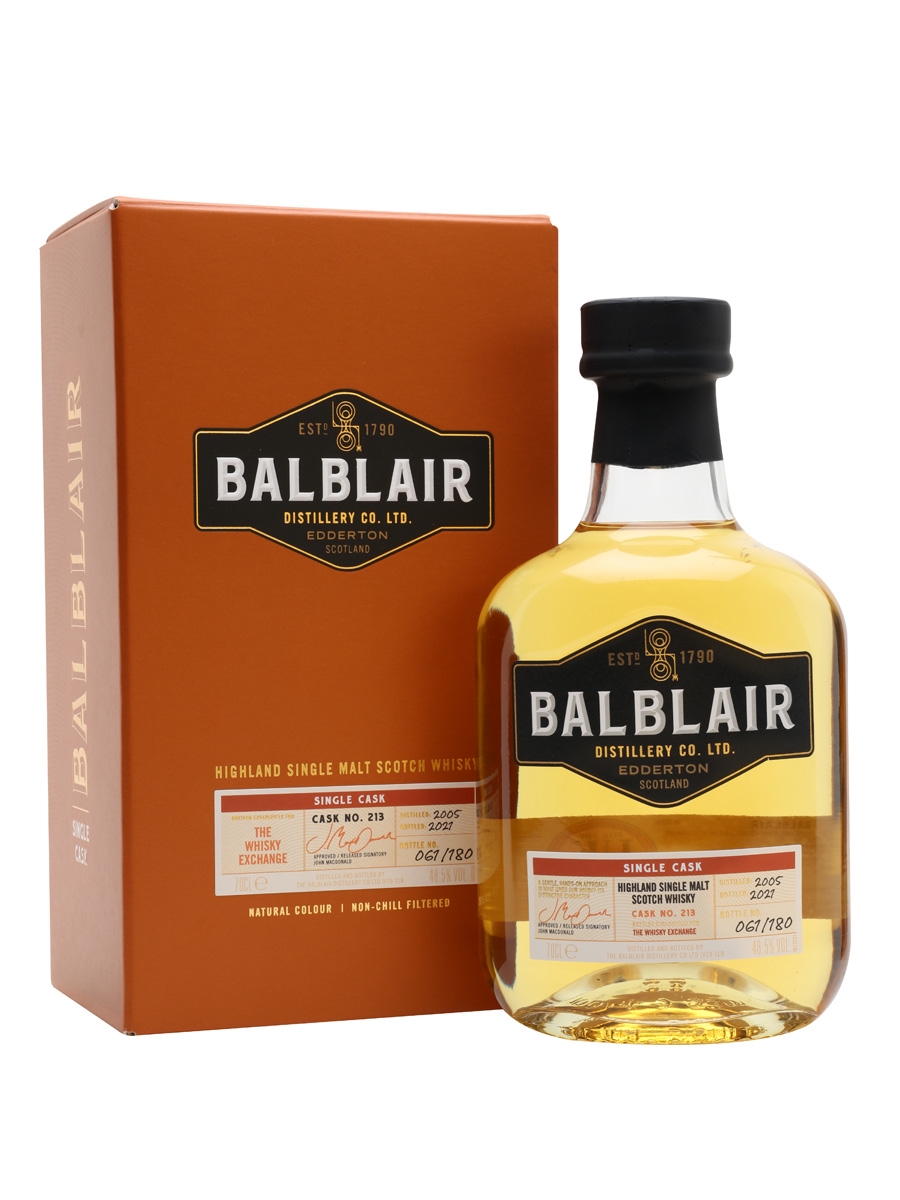 Despite incessant media and enthusiast-driven hype, increasing bottle hysteria and more than a touch of elaborate marketing and beautifying packaging, whisky is rather the humble drink. Formed from just barley, yeast and water – even your evening beer has at least one more base ingredient added at its point of creation. And yet it is the elevation, over time, of these normally unassuming components which takes whisky from its modest roots and transforms it into something which can be equally as enchanted as it is diverting.

At the same time, the workhorse of the whisky industry – the ex-bourbon barrel – is often viewed in these same modest terms. As a ‘standard’. As a norm. As a ‘base level’. All too often I hear a whisky introduced as being drawn from “just an ex-bourbon barrel”. This is far from a damnation, but at the same time, the “just an” is always delivered with a tinge of the expected and a sense typicalness. “Just” isn’t really selling it.

But similarly to whisky itself as a liquid – modesty is often extremely underappreciated. And to my mind when it comes to ex-bourbon as a precursor cask type, its conventional averageness is exactly why it has both established itself as the dominant cask type – and why it more often than not performs consistently better than any other wood currently in use across the industry.

“Would you look at the colour of that” said no one ever about an ex-bourbon matured whisky. A staggeringly short-sighted summation as to why the darker hues imbued by sherry, port and wine <shudder> casks often allure much more than the consistency of their olfactory and flavour profiles. Nevertheless, the largest section of any whisky colour swatch is always going to be drawn from liquids which have undergone ex-bourbon maturation. Again – we’re into the perils of the expectedness of the cask type. Ex-bourbon being common and 'normal' and therefore folks seemingly being not quite as captivated by its various swirling shades of burnished gold – but rather the impenetrable darkness of mahogany – or of course the perversion that is pink.

But with ‘normal’ comes versatility. And the humble ex-bourbon cask is oft-times far more versatile a vessel than that of a butt or pipe. And also, far less blunt an instrument.

The symbiotic relationship between Scotch whisky and Kentucky bourbon is well-documented – and one of the reasons why there’s quite the number of ex-bourbon casks in circulation today. But it’s not the only reason. Ex-bourbon is adaptable – both climactically, but also over maturation types and durations. And it does this consistently well. Whilst for some the idea of a 30 year old red wine cask will likely have considerable appeal – I’ll posit here and now that a 30 year old ex-bourbon cask will prove the better composition ninety nine times out of a hundred. Similarly, whilst a peated Riesling cask will likely turn heads and generate interest with its unusualness – chances are an ex-bourbon cask will perform the job consistently better.

Whilst any cask type can end up feeling overwrought if left long enough, or not considered correctly for the spirit type, ex-bourbon is as a style more likely to allow the distillery character and profile of the distillate room to shine. That’s not to say that any other cask type cannot – far from it – just that the inherent properties of ex-bourbon casks are, all other things being equal, better suited to most spirit styles in terms promoting the charisma of the make as much as the influence of the wood. Ex-bourbon might feel unsexy and average, but in the right-hands it won’t swamp and mask the spirit. Sherry and wine are of course ever increasingly popular – but at the same time, no matter how tasty their compositions – their tendency to hide a spirit is simply higher. The same with peating – there are numerous ways to hide a multitude of sins.

I’m not suggesting that ex-bourbon is somehow superior – though it is nearly always (particularly refill) my personal preference. Only that as the most common cask type in use today – that its properties are often overlooked in favour of darker hues, and/or more uncommon or exotic wood types. Ex-bourbon has a good reputation for a reason – it delivers time and time again. But at the same time, it’s all too often disregarded for its ‘normalness’.

It might be common and it might in many ways be considered as a modest cask type – but I for one would be very content to see it introduced more frequently as “an ex-bourbon barrel” and not as “just an ex-bourbon barrel”. There’s always a beauty to be discovered within modesty.

The latest Whisky Exchange sample to cross my desk hails from Balblair – a distillery that old-hand Dramble readers will remember me regularly championing three years ago. At this time – Balblair was a real personal favourite – and a whisky I would frequently purchase, share and praise. Well, a lot has happened over that time – likely for you also. But in terms of the distillery’s offering, there’s been quite the dramatic change over this timeframe.

The excellent range of vintage releases (that were frequently offered at excellent prices) has been eschewed for an age-statement range – which on paper might sound like a positive move - but in fact has just resulted in substantive price increases to all but the entry-point 12 year old bottling. This is particularly so for the now bluntly excessive 25 year old – which in a previous vintage release form would have costed somewhere under £150. Now you’ll have to dig into your pockets to the tune of £500.

And I’m honestly not sure how many people are. Certainly, my interest in the range and my persistent advocating of the distillery has been all but snuffed out. And I find this really rather sad – as the quality and character of the spirit is still exceptional. One can’t help but think that the distillery really needed more time and more market traction before being awkwardly pushed towards being repackaged as something that's super-premium. I’m just not sure that it currently sits easily there. Ah well – there’s little point in dwelling on lost loves.

The TWE Exclusive Balblair is a 2005 vintage release bottled from a single ex-bourbon cask. No age statement is provided, but given the timeframe we’re looking at either a 15- or 16-year-old single malt. It’s bottled at 48.5% ABV and is available for sale from The Whisky Exchange directly for £145.

This 2005 TWE Exclusive Balblair screams summer with its bright, fruit-forward character and is underpinned by an obvious and amiable ex-bourbon influence throughout. What it lacks in challenge it makes up for with solid, agreeable aroma and flavour. But I find the price to be quite the push – double the cost of the OB 15 year old (which itself has seen a relative price hike when compared to the previous distillery vintage range) - and with only a drop more ABV and no more than a year more of maturation. Not an easy sell – despite the manifest qualities of the whisky itself, particularly when it has been paired with a high-quality ex-bourbon cask – which it most certainly has here. Admirably modest whisky – just not at an associated modest price.