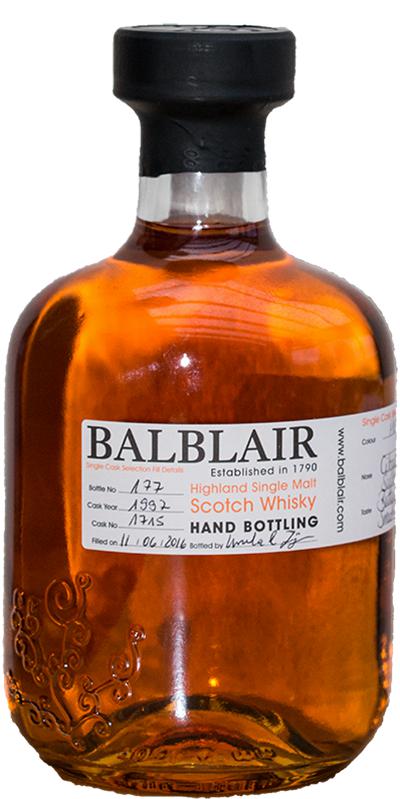 Warehouse drams always taste better in warehouses. But this is not because tranquil, history-steeped dunnages possess any type of capability to enhance the sophistication and awareness of our olfactory systems. Indeed, with lower ambient temperatures and sometimes poor levels of lighting – on paper, you’d expect the exact opposite to be true. However, despite whisky being for all intents and purposes identical whether in a glass at home or in a glass in a warehouse, it is the experience itself – the place, the environment, the occasion, and the company that so often defines our perceptions.

Distilleries themselves rarely muse upon this phenomenon beyond noting “there’s nothing quite like a warehouse dram”. And whisky writers and bloggers similarly avoid the topic – likely out of trepidation that the construct of nose, palate and finish loses some of its supposed exactness if external, ambient, and even mood-based factors play such a significant role in guiding our observations. As such the subject is hardly ever touched upon – whisky is whisky, a warehouse dram is just a warehouse dram and all of them are better shared – but we’re not going to consider why sociologically this might actually prove to offer an enhancement of our judgement at any particular moment in time. An 86-scoring whisky should be an 86-scoring whisky in any setting right?

As a liquid, whisky is all too often looked at as a ‘what’ – when its potency as a great leveller and social-binder is always far more related to the ‘where’, the ‘when’, the ‘why’ and the ‘with whom?’

Folks would do well to remember that when reading reviews and taking opinions and scores (whether well-regarded and recognised or not) in to account. A warehouse dram enjoyed within the confines of a warehouse brings with it far more than just the contents of the glass itself. Memories, stories, knowledge and ambience – none of which are physically or chemically contained within the glass itself are all offered by the experience itself. And I’d argue that these, particularly when combined with companionship and camaraderie are what whisky should be about.

This is not to denigrate the purpose or value of whisky reviewing, opinions and scores – that would seem fairly self-defeating. But nevertheless, it is important to recognise that nose, palate and finish alone cannot sum up the entirely of the experience that is whisky – no matter how skilled the writer or narrator. At best a critic can and should recognise the potency of external stimuli and their underlying disposition and work to alleviate and ameliorate those influences as much as possible. Ever wondered why whisky tasting labs often appear ‘lab-like’ and somewhat sterile? It’s not because distilleries like to provide an air of being science-y.

Way back in the history of Matt I helped launch a somewhat pioneering peer-reviewed journal called ‘Flavour’ (which sadly closed up shop in 2017). The journal covered all aspects of the consumption of food and drink – as mediated through the human senses. As such it explored a diverse selection of disciplines that included neuroscience, genetics, sensory science, food chemistry and importantly to today’s piece psychology. Across the selection of articles published over the short five-year lifespan of the Open Access journal, this article by Professor Charles Spence from the University of Oxford was the one which stuck with me the most – and made waves in the mainstream and drinks-focussed media.

Spence posited that “Flavor perception depends not only on the multisensory integration of the sensory inputs associated with the food or drink itself, but also on the multisensory attributes (or atmosphere) of the environment in which the food/drink is tasted.” In other words – that the atmosphere and ambience of a location will inherently affect individual’s perceptions of smell and taste.

An interesting experiment followed. Three specially designed rooms (The Singleton Sensorium) were created – a “grassy” room with a turf floor, the smell of cut grass and baa-ing sheep; a “sweet” room filled with a saccharine fragrance, rounded red objects and a high-pitched tinkling sound; and a “woody” room completely encased by wooden panelling and floorboard and with the sounds of leaves being crunched, log fires roaring and the aroma of cedar.

Around 500 ‘test subjects’ (not whisky or aroma experts) were guided through the rooms and asked to describe the experience of drinking a whisky in each. Participants indicated that their whisky tasted grassy in the grassy room, sweeter in the sweet room and oakier in the woody room. All other factors were kept equal – including the dram, which was an identical 12 year old Scotch single malt whisky offered to them in all three rooms.

Others have played around with the notion of ambience affecting taste. Perhaps most famously - The Fat Duck in Bray, Berkshire where the dish ‘Sounds of the Sea’ is not only served to look like the foam of the waves crashing over a rocky beach, but also offered with the sound of those waves via headphones. Similarly, all of us have long-standing environmental cues which link location to food and drink memories – the sounds and smells and a funfair combined with toffee apples, candyfloss and hotdogs; the sizzling of sausages and coo of bird and owls whilst on a camping trip; or indeed the cool temperatures, damp earthiness, and oak and spirit infused vapours of a dunnage.

Variances in environmental triggers have been shown to have a significant effect on how we perceive the taste of whisky – and they operate far wider than a conventional whisky review can possibly recognise or encapsulate. And this is why warehouse drams will always taste better in warehouses. To a point where whiskies which were once tasted ‘on location’ often fail to conjure up quite the same levels of anticipation, exhilaration and accomplishment when subsequently sampled at home. The whisky hasn’t changed. You might have. But the location and its stimuli and influences are entirely different.

Today’s case in point comes in the form of a Balblair hand bottling that I purchased when visiting the distillery. Dramble webmaster Danny and I were fortunate enough to attend a private tour of the site and suffice it to say, excitement and environmental factors were 100% in play when I sampled and then subsequently purchased this handfill.

Looking at my bottle label I’ve timed this review exceptionally poorly – with a bottling date of 13th May 2016 I really should be posting this piece tomorrow for a perfect five years ago on the nose. Ah well.

Drawn from ex-bourbon cask #1715 and offered at 52.8% ABV this 19 year old Balblair blew me away when sampled at the end of our tour (and tasting flight!). If memory serves me correctly, the cost in 2016 was around £120. I’ve not had the pleasure of visiting the distillery since (my planned 2020 visit was thwarted by world events), but I would be interested to see how the pricing for hand fills / distillery exclusives compares nowadays following the 2019 overhaul of the distillery’s range – and the considerable price increases this brought for the core range offering. Perhaps my judgement of warehouse drams within warehouses will also be affected by pricing when I finally get to visit the distillery once more?

Taste: Pleasantly weighted with syrupy fruits at the centre. Orange marmalade and tinned pineapple chunks sit with candied peels and ripe cantaloupe melon. Thick royal icing and sugar syrupy add sweet richness whilst coconut macaroons, pepper-spiced whipped cream and cinnamon dusted popcorn again speak of the cask and maturation. The addition of water to the palate is less beneficial, adding both spirit ‘hotness’ and a sourness of fruit with a combination of grapefruit and astringent orange juice alongside nippy spice and back-palate burn. The original strength of 52.8% is far more well-adjusted.

Whilst not quite as astonishing as when sampled at Balblair itself (read the article above!) this is nevertheless still rather excellent. Fruit-focussed, honed and with tons of fresh vitality – this bottling speaks to both the distillery’s spirit character and an exceptionally compassionate ex-bourbon cask – a style which I strongly believe suits the distillate far more than heavier-handed 1st fill sherry butts (despite these often being sought after).

But, outside of the nose, palate, finish and summary, this hand bottling possesses something that many whiskies I write about do not – it comes with memories. Memories of sights, sounds and smells. And whilst none of these are possible to quantify they are still significant - and indeed are what warehouse drams / distillery exclusives / hand bottlings should be all about. They are a point in time, of a place and of a moment. And they always taste better when enjoyed with these factors borne in mind.