My dad wrote a tasting note 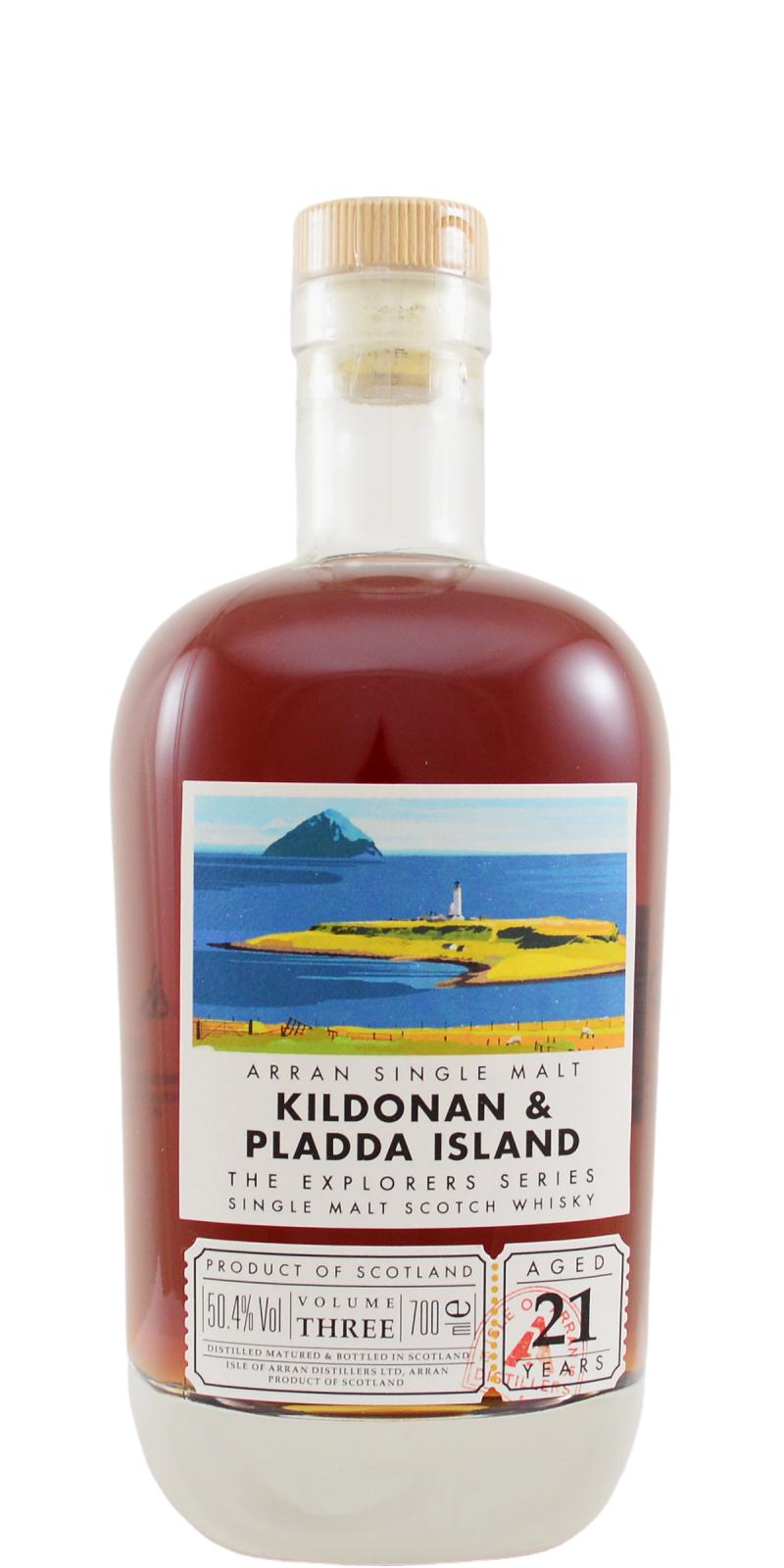 People have been tasting things for as long as they’ve been putting stuff in their mouths. But how long have they been observing what they’re tasting? Early forays into food and drink were more focussed on the life sustaining properties of consuming things as opposed to systematically breaking down those experiences and the differences in aroma, texture and flavour. Things were simpler then - apple = good – ominous-looking mushroom = bad. And the same is true for alcohol. We’ve been boozing much longer than we’ve been musing about boozing.

History is often spotty at best – and the older it is, the spottier it gets. Records show that in the 3rd millennium BCE beers (I think that term is likely loosely applied by modern standards) and wines from both Mesopotamia and Zagros were already being classified by “species” and pigeon-holed into families with aroma and flavour commonalities.

Tasting notes, like civilisation have developed over time. Aristotle proposed that sensory tasting was defined by the four elements of air, water, fire and earth. Thus, it was possible to categorise things (pretty much everything it turns out) thusly:

Fire is both hot and dry

Air is both hot and wet

Water is both cold and wet

Earth is both cold and dry

A variety of ancient cultures had all developed similar concepts – some including the fifth mystical element of aether (which was used to describe anything which defied easy definition). None of these lasted long as descriptors – though interestingly you’ll still regularly see variants of them used in modern day notes.

The term “tasting” in reference to alcohol – specifically wine – was not recorded until 1519 with the publication of Livre de la discipline d’amour divine. And it was not until the work of Carl Linnaeus – a Swedish botanist and zoologist – in the 18th Century that taxonomy was created. With it, a system for naming, ranking and classifying organisms was devised (and still used today) and thus began humankind’s obsession with categorising, pigeon-holing and boxing anything and everything.

And that, whilst skipping over several thousands of important and likely noteworthy years, brings us up to today. Tasting notes are everywhere – part and parcel of consumerism and woven into the fabric of our society. No matter the product you’re prospectively looking to purchase, someone will have, either for the producer themselves, or independently, attempted to describe the experience for you. That lusciously succulent steak – the ‘new car smell’ – and of course, the whisky tasting note.

Like all descriptors of experience – tasting notes are inherently personal. An individual assessment based on an individual olfactory system with X level of past sensory memory coupled with Y level of experience in nosing and tasting. There are no fixed methods for either tasting, nor producing tasting notes - but there are arguably more consistent and systematic methods for both. And I’d argue that tasting notes can still have a lot of useful value - find someone whose nose, taste and style broadly aligns with your own and you’ve got another compass to guide you through your journey. In essence, no different to the movie reviewer who seems to like the same things as you.

Not all tasting notes are equal. Some folks are simply very good at it – either with a systematic and consistent approach to nosing and tasting, or their ability to describe their tasting experience in words – or indeed in rare cases both. But some are simply not – either through inexperience, poor olfactory systems (that’s not your fault) or just shoddy written skills (that is your fault). And that’s all honestly OK.

What’s not OK is combining Oz Clarke with My Dad Wrote a Porno and apparently not being joking. I will raise the potentially interesting comparison that throughout an average lifespan the typical person spends 117 days having sex. If you take the global average of 72 years of age (26,208 days) – sex is but 0.45% of life. An important and population sustaining amount of time, but a very small percentage of overall human experience. We similarly (yes I had to look this all up) spend 92 days of our existence sat on the toilet. Far from a common experience to weave into an elooquent tasting note and indeed rarely if ever featuring in the whisky lexicon of "the time when I....was tasted Glenwhatsitname whilst reading the Sunday papers in privacy".

I’m genuinely bemused. I’m bemused why sex ever needs to feature in a tasting note. Despite being a sexually active person, I’ve never once either been ‘in the act’ and desperate for a dram, not enjoying a dram and thinking about sex at the same time. Both of those are arguably weird. The whole suggestion that whisky and sex are entwined feels little more than an inability to control ones base desires. And when communicated on paper comes across as nothing more than a tawdry whisky equivalent of Belinda Blinked. There’s a whole 99.55% of life that does not involve sex – surely that’s enough experience for anyone to draw from with their tasting notes?

Arran’s single main road – the A841 runs around the coastline of the entire island. And for the most part, travelling this road will take you to nearly all of the island’s main tourist sites. This is certainly true when it comes to Arran’s Explorer Series of single malts – which to date have featured three historical spots (all of which possess castles – only one of which is still in good order) that are highly visible from the never-ending road that is the A841. As picturesque as the drive is, the monotony of a single circumnavigating road is not lost on me – it’s less exploration, more déjà vu after a while.

Volume 3 in the series of bottlings - Kildonan and Pladda Island takes us down to the rugged southern coast of Arran, a little way east of Lagg distillery. Kildonan village and the A841 that runs higher above it both offer views of Pladda Island. The uninhabited island of only 13 hectares in area is often described as being pear-shaped, but equally could be compared to that of an inverted comma or a vampire’s canine. It is home to Pladda lighthouse, designed by Thomas Smith which was constructed in 1790 and is still active today. As almost unspoilt views go – it’s a good’un. The beach is pretty nice down there too.

Back to the whisky. Kildonan and Pladda is a 21 year old offering that’s been matured in ex-sherry butts and puncheons and then finished in ex-ruby port casks from Portugal. 9,000 bottles were released at an ABV of 50.4%. They’re still fairly available – the best price I can find at a glance coming from Tyndrum Whisky at £139.

Nose: Both luscious and inviting and deep and brooding at the same time. Dark honey and crème caramel (with a burnt sugar crust) slink over macerated cherries and sour plums, whilst dusty cinnamon spiced orange peels are joined by lacquered antique furniture and tree resin. Running throughout – dark chocolate shavings vinous notes of port and freshly brewed black coffee. The addition of water reveals additional spices with anise and ginger peeking through, alongside patisserie notes of orange sweet rolls and iced buns.

Taste: Rich and voluminous on the arrival – berry and cherries (cranberries and blackcurrants, morellos and bings) present a palpable port and sherry combination – with the former firmly in control. Polished oakiness follows – parquet flooring and panelled walls. Tangerines, raisins and sultanas are offered in the development – livened by pink peppercorns and diced stem ginger. Milk chocolate runs throughout with touches of cough syrup and tree sap resinousness. Reduction delivers a silky texture whilst bringing the wood more forward – steeped berry teas, aniseed and pumped up pepperiness.

The third instalment of Arran’s Explorers Series ably straddles the line between indulgence and impact – delivering rich, well-composed intensity alongside a cask composition which is both synthetic to the spirt as well as to each other. Simply very good single malt.