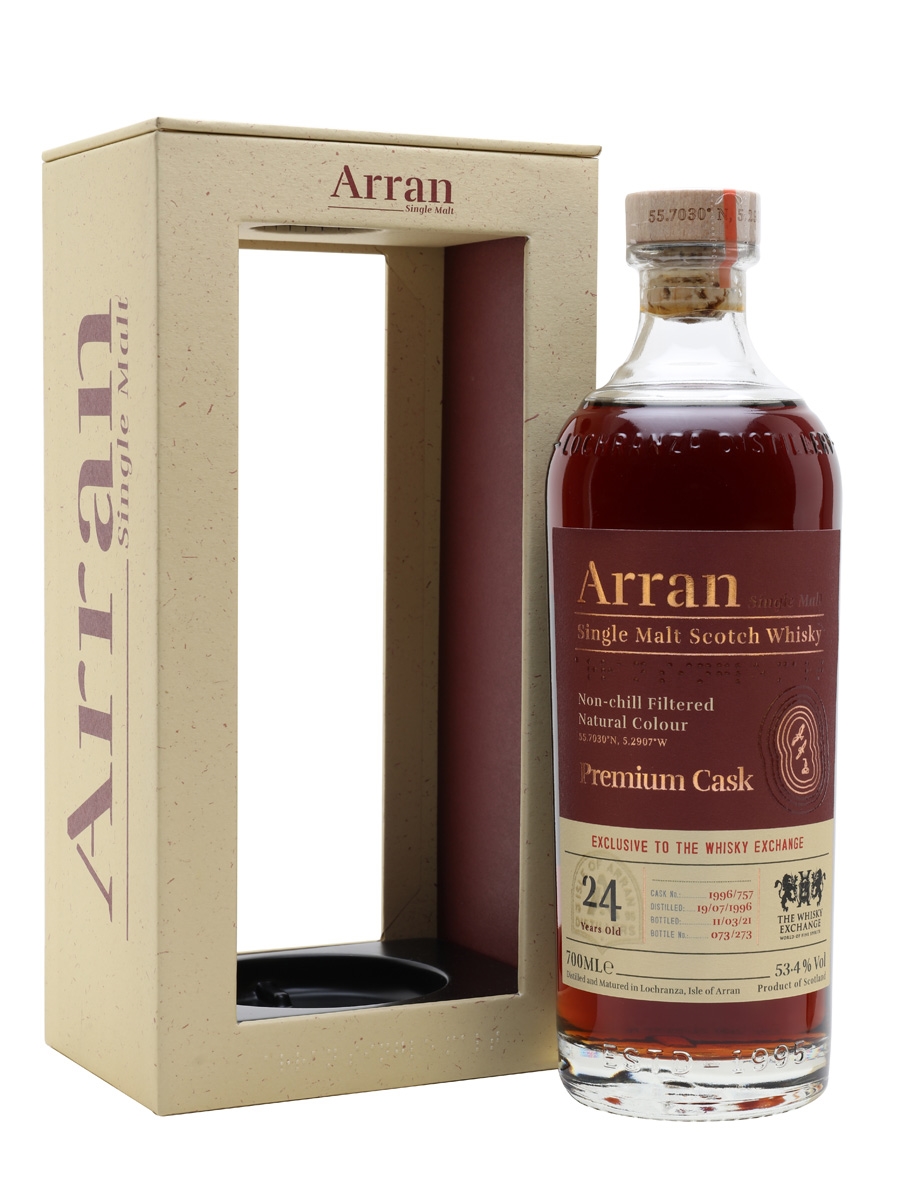 It starts at a young age. A tantalisingly empty Panini album whose pages beseech to be filled. Over time, sticker by sticker, through purchase and through trade, the gaps are slowly satisfied until all that remains are the hardest to find - Radja Nainggolan (the Belgium midfielder) apparently being the unicorn for the 2018 World Cup album – who’d have known? However most kids, and in particular their parents, aren’t prepared for the expense of purchasing the near 1,000 packs required to ensure the completeness of their Panini album and as such the majority sit, unfinished gathering dust. Fast-forward to 2021 and this mindset of completeness is far from limited to collecting images of men in shorts – indeed, when it comes to whisky, this preoccupation is increasingly becoming warped into a mentality that it's all or nothing.

Collecting whisky *is not* the same as owning all whisky. The world’s greatest collections of bottles are great because of their depth and because of their quality. Of course, there is also a breadth, but by-and-large these lauded collections represent what are viewed historically as the pinnacles of whisky – the purple patches of production, the rarest bottles, the highest-levels of quality and the one-off oddities. And yet, with the advent of the 21st Century distillery rush, a large number of new enthusiasts have resolved that a whisky collection should primarily judged on its size – specifically to the point of owning every single release from a distillery.

This is a folly for a number of reasons. Firstly, as Alistair Mateer (@spiritandwood) astutely pointed out online yesterday – a collection is inherently personal. And as such it is representative of an individual’s whisky journey – and the many stops along its path – to shops, festivals, friend’s houses and of course to distilleries themselves. If all collections were identically composed of every bottle ever produced, whisky collecting would very quickly move out of fashion. A collection is as much about what is missing as what has been already acquired. Your self-worth and value are not equitable to that of your whisky collection.

Secondly, and importantly for those who believe that they’ve obtained every release – you probably haven’t. Distilleries regularly produce bottlings for friends, family, staff and aligned businesses which never see the light of day. You won’t find these in shops, you won’t see these on auction sites and you won’t find these listed on Whiskybase. All is never really all.

Finally, and most perhaps most significantly for your personal finances – the longer you collect everything (or believe that you have collected everything) the harder it will be for you when invariably you miss a release. Over the course of the past year – and I do firmly believe that COVID and its related restrictions have led to some highly distorted views of things, including whisky – I’ve seen dozens of rage-quit posts across social media. Now whilst I very much doubt that many of these people really did actually quit after missing a release – there is still a strong notion that people are starting to feel defined by their whisky collections – to a point where a gap in their bottle line-up feels like a personal affront. And these folks are increasingly taking to social media to take pot shots at distilleries who dare not to automatically guarantee their continued all-bottle obsession. Erm - a little honest personal assessment is likely the appropriate prescription here guys.

This behaviour (different from collecting any particular series or sequence of bottles) is almost entirely related to the newer distilleries – where the prospect of catching em’ all feels far more tangible than collecting everything from a distillery which was constructed before the advent of electricity. However, whilst it might feel palpable to achieve this never-ending goal at the outset – with the release of every bottle and every limited edition exclusive, the prospect for failure grows ever higher. Trying to collect every bottle from a distillery is simply setting yourself up for a fall. It will more than likely quickly turn into an unhealthy obsession which, over time, will surely diminish the facets of the distillery and its liquid that you found most appealing and enjoyable in the first place.

The all or nothing mentality is an altogether different form of FOMO (FyOMO). And it is one which can only get worse, with time and money spent. What started as you being a collector with a collection can, if you're not mindful, quickly become little more than blinkered fanaticism and the possession of bottles that have zero link to your personal whisky journey. At this stage it is not a collection, it is an archive.

If back in 1994 you’d decided that collecting every single release from Arran was your life’s calling, you’d have been in for an incredibly expensive time over the last 27 years. What started out as one or two bottles a year back in 1998/9 quickly grew in magnitude as the distillery expanded its inventory….and required an influx of revenue.

In 2020 (not the greatest year for a whole host of reasons) there were 77 releases of various descriptions from the distillery – a substantial number for any fan to attempt to source and acquire. And if you look at the totality of it as it stands today – there are at least 1320 OB releases and another 681 produced by indies. At £50 a pop you’d need to spend over £100,000 to acquire ‘everything’. But that price is obviously way under the average bottle cost for the distillery – especially when you look at newer expressions drawn from older stock – and their increasing prevalence. Even just doubling down to £100 a bottle and you’re up to £200,000 in total and into the realms of purchasing a house.

Of course, there are other distilleries you could collect who put out fewer releases – but by the same logic, after a quarter of a century of production there’s little doubt that you’d still be in a relatively similar situation as if you had decided to acquire every bottle of Arran back in 1994. It’s an incredible undertaking in terms of time, patience and money - and frankly, you’d need that new house just to store it all.

So, for Arran completists (if such a thing exists nowadays – I’m far from convinced) there’s a new kid on the block in the form of a Whisky Exchange Exclusive 1996 24 year old that comes from an unspecified single cask – something about spotty records from the early days – and yet another reminder that collecting ‘everything’ probably isn’t really everything in reality. The folks at TWE believe this cask type to be wine – and who am I to argue with their expertise – but it’s not a cert. This release, bottled at 53.4% ABV was available for £199, but has subsequently sold out (sorry readers – I’m behind on my writing). However, there are Perfect Measure 3cl samples still available for those that are keen – they’ll cost you £14.95.

Taste: Far less sweet than the nose implies – cherry cavendish tobacco and traces of moist dunnage floors join clove-studded orange whilst Battenberg cake develops alongside persistent and prominent spicing – pink peppercorns and ground black pepper together with a combination of crushed hazel and walnuts. Dilution: you’ve been Tangoed – a heady orange focus once more and with considerable restrain to the spicing now. Alongside - fudge sticks and gooey caramel sauce livened by chocolate-covered stem ginger.

This TWE Exclusive Arran presents as both welcoming (particularly on the nose) and rather unique in its focus. If this was indeed drawn from a wine barrique, then it was a very respectable one – the wood spices and tannins are all very much in check and also in keeping with the archetypal Arran profile. Adding water results in agreeable if less inimitable results – plenty of orange and juiciness, but far less overall charisma at a foil to this. Nevertheless, overall, there’s a real sense of individuality here – and it’s hard not to find that all rather appealing.