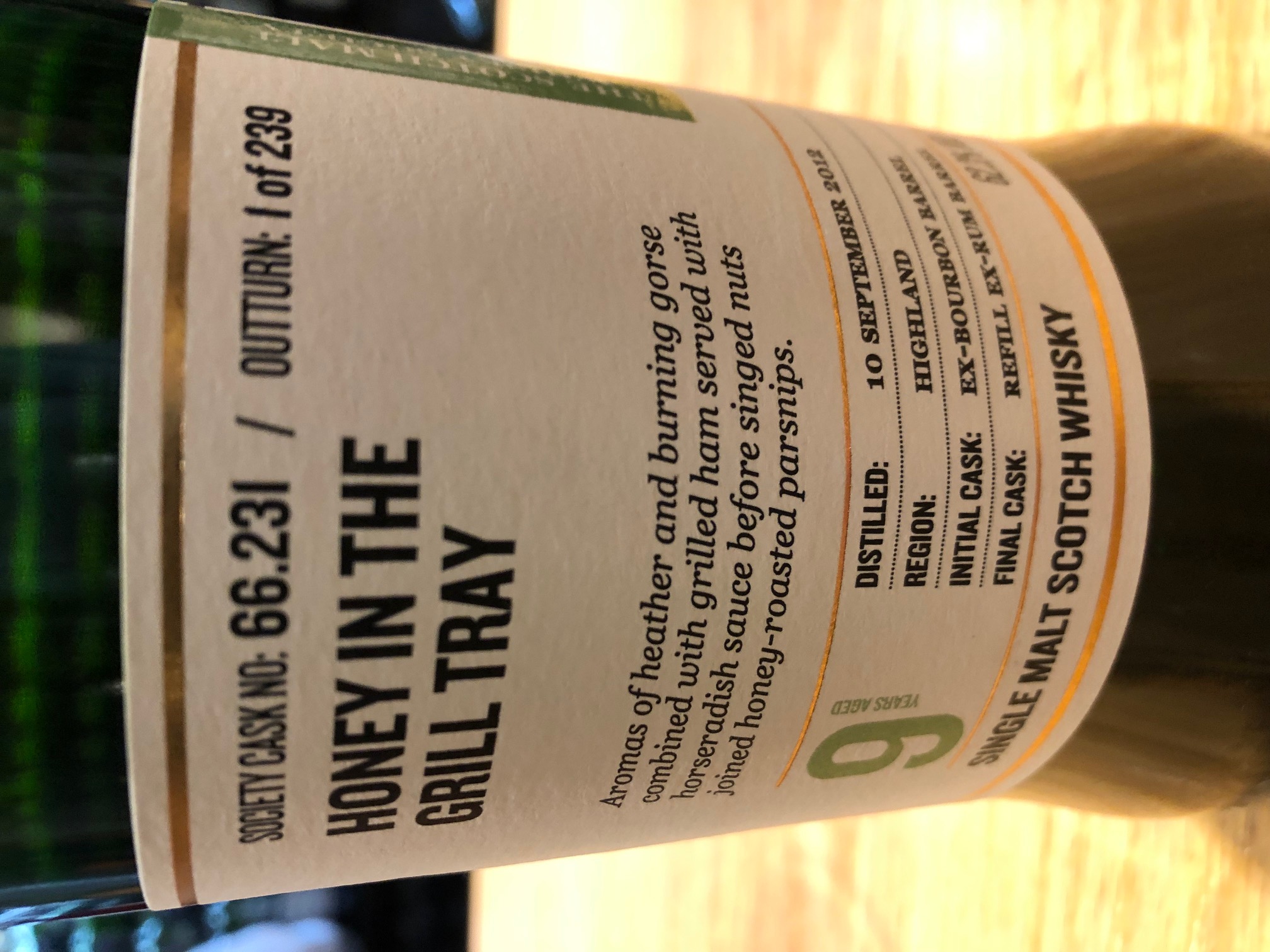 Over to one of my favourite SMWS numbers – and to a cask that I’m increasingly seeing paired with Ardmore – rum. Whilst I’ve tried a couple of mad as two short planks Caroni maturations, I’m hoping that this SMWS is perhaps a little more…..’normal’. Seeing as it isn’t from Caroni (that always get a special mention to up the asking price), this’ll be from Angostura. Gone are the days when the island boasted more than 50 distilleries.

Nope, not really wild, but certainly on the saccharine side. There’s still plenty of discernible Ardmore character here – all encased in a well-integrated, rum blanket that adds both a sense of summer BBQs and of the sweetness of processes molasses. Does what it says on the tin. 66 fans won’t be disappointed. 66 fans with a sweet tooth will likely rejoice.