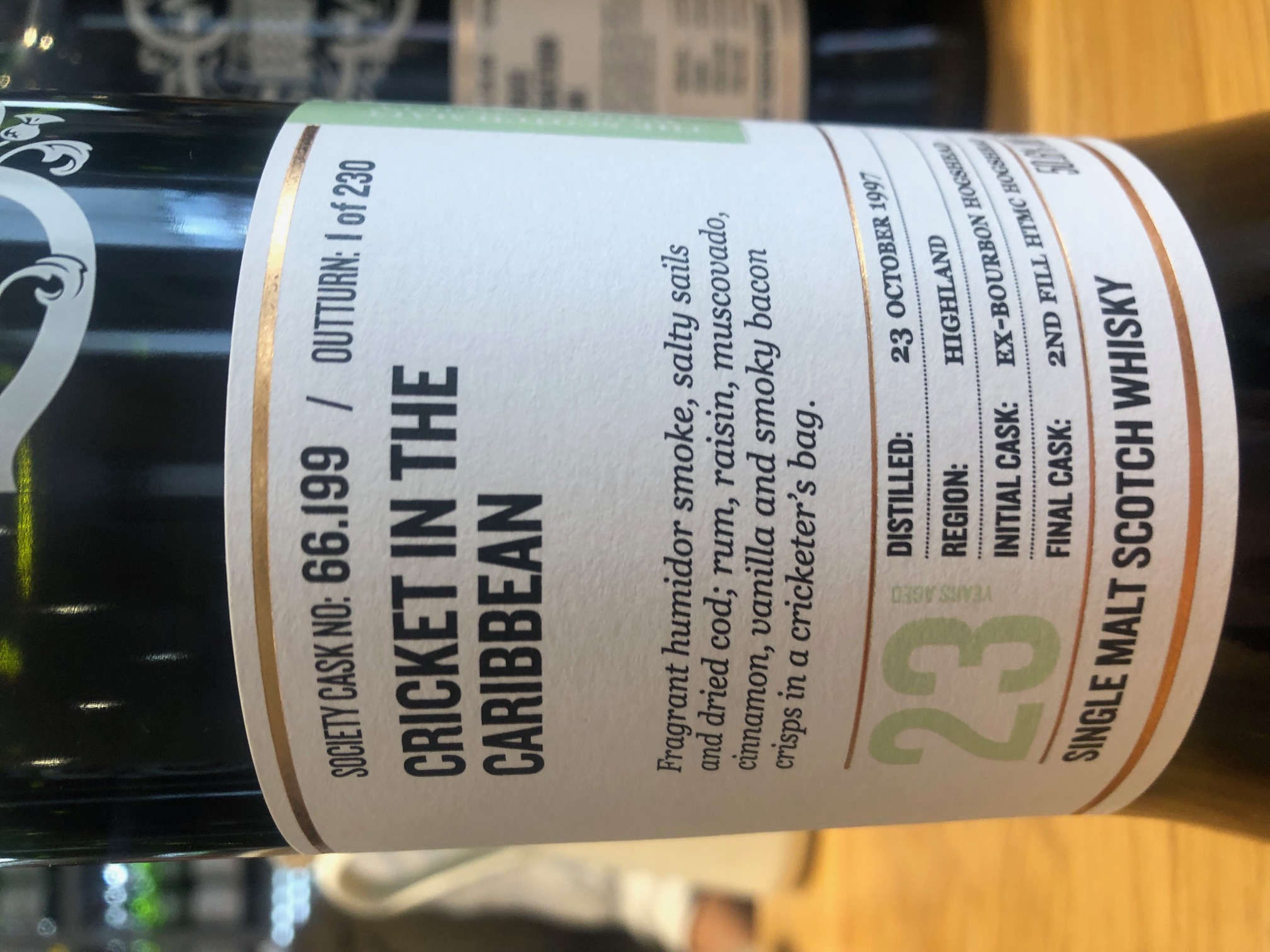 Bottle Name: 66.199 Cricket in the Caribbean

Ending our coverage with a trip to Ardmore and one of the oldest Society bottlings of the distillery for quite some years. This bottling was initially matured in ex-bourbon before being moved to a HTMC (high toast, medium char) hogshead.

Taste: The arrival focussed on sweet, lightly peated fruits with apples and pears held under a wispy cloche of applewood smoke. The development introduces salt and vinegar crisps and dried meats together with lamp oil and vanilla-filled buns. The addition of water again reduces the vibrancy, revealing cinnamon and cumin spices alongside crackerbread and lemon balm.

Finish: Medium and rather ‘herbal’ with hemp leaf and residue, gentle char.

There’s a lot of ‘green’ about this well-aged SMWS Ardmore – and that suits both its in-land profile and some of the well-developed nuances which have added to this expression during its near quarter of a century in cask. But, the bottling strength is the only point of balance for me – and adding water just served to diminish all aspects of what makes this an enjoyably gentle peater.