A peaty pilgrimage to whisky Mecca 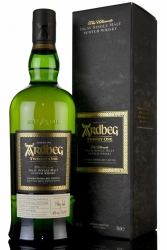 The history of Ardbeg is not a story of plain sailing. Closures and periods of low production were a feature of the distillery which has become rather the talisman for peat-heads worldwide. When you arrive at Ardbeg you'll see a huge gleaming copper pot still, and a giant fake dinosaur head. Ardbeg try not to do things normally.

No trip to Islay is complete without a visit to Ardbeg on the south coast of the Island along the road from Lagavulin. Only just saved from demolition, the distillery was completely closed between 1981 and 1989, and only open for 2 months each year from 1989 through to 1996. You'd not know that now. The facility is buzzing - production runs 24/7, and as of writing the whitewashed distillery walls are being repainted. There's a small army of international visitors wandering the grounds. Peaty-freaks making a pilgrimage to their whisky Mecca. 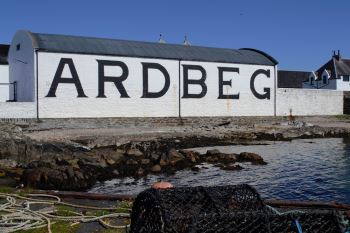 Visiting Ardbeg is much more than just seeing some machinery and then sitting down to drink booze. There's real character here, both old and new. The distillery is not huge, and anyone who has visited Glenfiddich will find it positively diminutive. They don't have a Porteus mill, and even operate some elements of triple distillation for a portion of their production. As this is not a distillery tour review I won't go into heavy detail about the production techniques, suffice to say that again, Ardbeg like to do things a little differently.

No tour is complete without a tasting, Ardbeg's is held in the 'Chairman's Study'...it sounds suitably evocative, but is in reality more of a broom cupboard. But, again, that's all part of the charm. Bottles from Ardbeg's history adorn the walls and tour groups squeeze in tightly making for a intimate setting. Our tasting covered: 10 year old, Dark Cove, Uigeadail, Supernova 2015, Corryvreckan (working up the ABV from lowest to highest). Supernova is a truly legendary dram and we'll aim to review this not too far in the future. Today we're going to focus on something not on the official core tasting menu. Ardbeg 21 year old. We're nice people, so are Ardbeg so a sample was keenly offered. 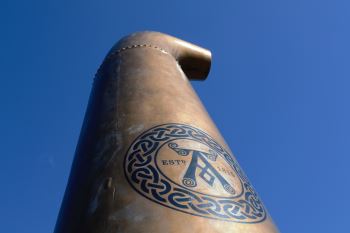 Released in 2016, Ardbeg 21 year old shows off a different character of the distillery by using spirit laid down at a time when production was in a semi-slumbering state. Exciting stuff indeed. Nose: Soft vanillins, gentle woody spicing, and tarry rubbery smoke. This is balanced by some bakery notes of cake, icing sugar and biscuit and some garden note of the herbaceous variety. Taste: Sharp oak and an much increased peat mix with iodine, earthy smoulder and pepper lemons. Truly lovely. Cleverly punchy yet subtle both at the same time.

Finish: Sustained with bite. An almost tannic like quality around the teeth. This is a totally sophisticated dram offering both superb balance and poise. A true blast back in time for Ardbeg fans, demonstrating a somewhat different more underplayed peat than modern bottlings. Highly recommended to anyone interested in both peat and frankly great quality spirits. Awesome.