Allt-a-Bhainne was constructed in 1975 by  the Canadian company Seagram. It has had several periods of closure during the last 40 years, but now whisky is in high demand, Chivas Brothers have the facility operating at full production. Originally designed to be operated by few, possibly even a single person, all the production equipment is in a single room. Allt-a-Bhainne is rarely used in the production of single malts and has not released an official bottling to date. 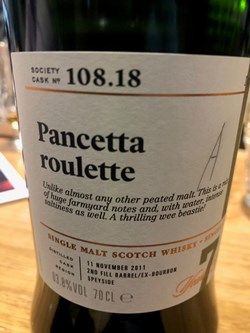 We’re steadily seeing more peated output from Allt-a-Bhainne – and barring the risible recently released OB, I’m pretty excited about that. This example, a mere 7 years of age and drawn from the 2nd fill ex-bourbon barrel. 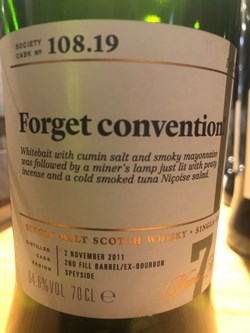 Peated Allt-a-Bhainne is increasingly becoming a ‘thing’ and it’s rapidly moving onto my radar. This bottling – exclusive to offers – has spent 7 years in a 2nd fill ex-bourbon barrel.

Only the ninth SMWS Allt-a-Bhainne surfaces having been distilled on the 11th March 2009. The whisky spent its entire life in  1st fill ex-Bourbon barrel. One of 227 bottles. Juicy Oak and Vanilla flavour profile. 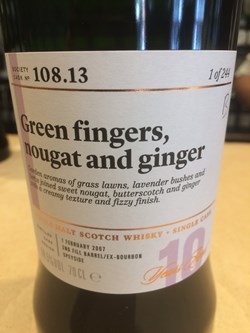 An Allt-a-Bhainne from February of 2007 that’s spent 10 years in a 2nd fill ex-bourbon barrel. Young and Spritely profile. 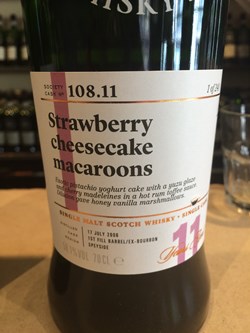 The 11th Society bottling of Allt-a-Bhainne, distilled in July of 2006 and matured for 11 years in a 1st fill ex-bourbon barrel. Sweet, Fruity & Mellow profile.

Door number 15 offers us the slightly uncommon sight of Allt-a-Bhainne in the form of Boutique-y’s 22yo, no onto batch 3. Bottled at exactly 49% and with a label with lots of cows and a river of milk. It’s all in the name I guess.

I have a great deal of time for www.whiskybroker.co.uk. I’m regularly in touch with them to source liquid to bottle and label for the monthly whisky club I run. Whiskybroker are gradually building up quite the warehouse of gems up in Creetown, and regularly release interesting single malts, single grains and indeed rums.