Stand back whilst we try science 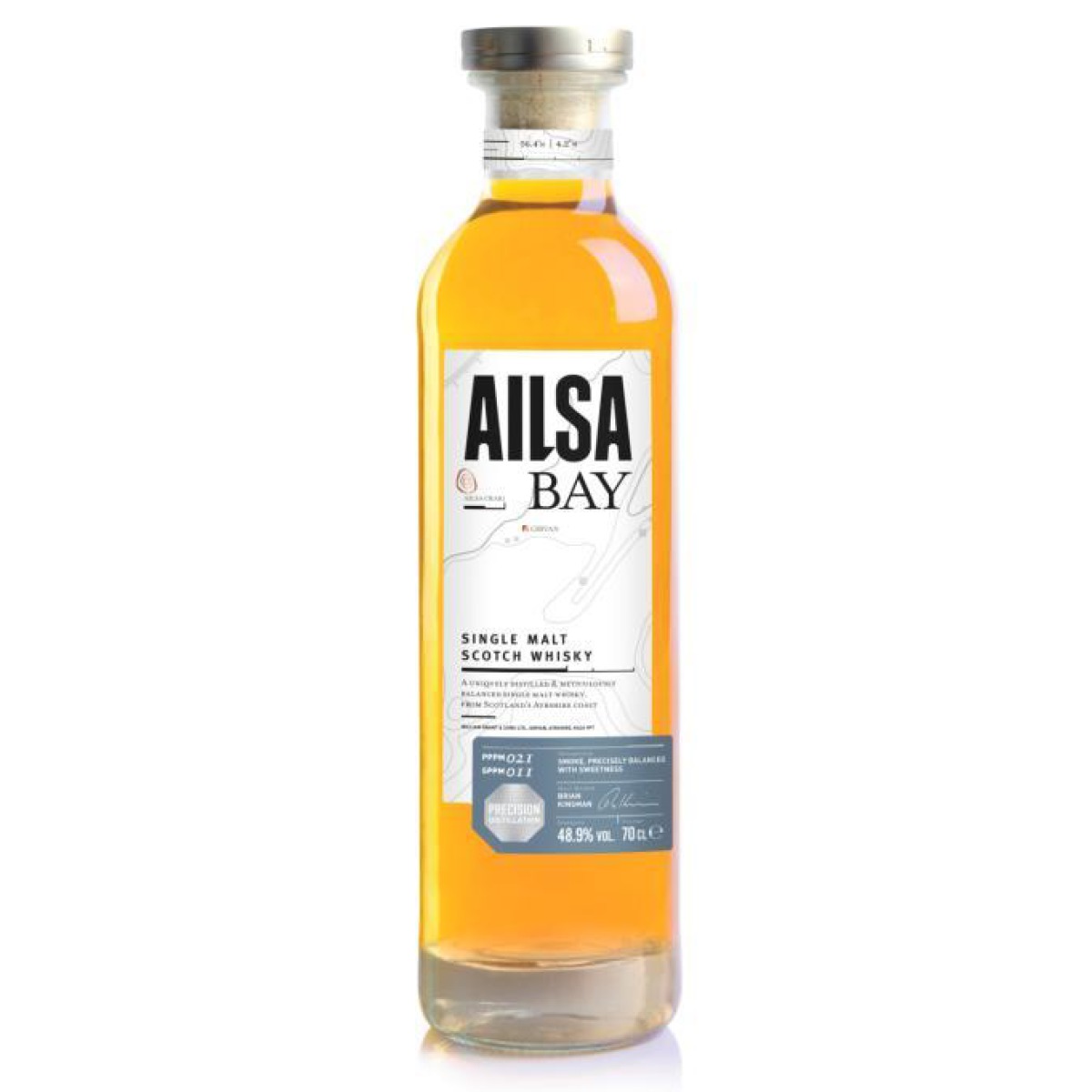 Having spent the past decade working around peer-reviewed scholarly endeavour I’m always a little cautious when I read an announcement that suggests that the boundaries of science are being pushed. In the world of whisky marketing, usually the only thing that’s being pushed out is the boat. Increasingly, the press releases crossing my desk are littered with tenuous claims of innovation. The word has become all too frequently overused, but also regularly misrepresented as synonym for anything remotely new. Then there’s actual real genuine science. And things start to get really muddy at this point.

There’s all sorts of exciting things happening at William Grant’s Ailsa Bay – a malt distillery built inside the Girvan grain plant. Founded in 2007, on the site of the relatively short-lived Ladyburn distillery (1963-1976), Ailsa Bay with a capacity of 5m litres each year is far from a micro distillery. The eight still setup offers a high level of production flexibility – able to produce spirit that is estery, nutty, fruity or peated. Whilst much of the production supports the wider Grant portfolio (in the form of blending components), for one week a year the distillery operates a heavily peated run – the results of which have been bundled up into the distillery’s first single malt releases.

Ailsa Bay’s spirit is first matured in small (25-100 litre) ex-bourbon barrels sourced from Hudson in New York (utilised for their Baby Bourbon expression) in what the distillery describe as ‘micro maturation’. In essence, an intense first kick in the pants to get things going before re-racking the liquid into three different (more standard sized) casks – virgin, 1st fill and refill American ex-bourbon. The resultant three casks are then blended together and bottled at 48.9% ABV with no age statement. This ‘micro maturation’ appears to be an industry first.

Ailsa Bay are the only distillery (since Knockdhu abandoned the practice) to indicate the smokiness of their actual whisky with PPM measurements taken of the liquid itself rather than of the raw barley. Similarly, but uniquely the distillery worked with the late Brian Kinsman to develop a new measure – SPPM - Sweet Parts Per Million. Interesting. Though what this actually means in terms of taste is virtually impossible to define given Ailsa Bay is the only whisky in the world to currently use this measure. Perhaps time will tell?

Then there’s a ‘block chain’ whisky which is available in travel retail – distillation and maturation information all tracked from source to bottle to provide full traceability (though not nearly as detailed as the likes of Waterford over in Ireland) and a badge of authenticity. I’m sceptical that whisky forgers will ever be turning their ‘dark arts’ to copying bottles of Ailsa Bay – but there you go.

Nevertheless, taken as a whole, this is an impressive selection of original and advanced techniques which help the distillery stand out in an increasingly crowded marketplace. But science? Actual real observation, experimentation, evidence and peer review?

When a write up (sponsored) starts to talk about ‘distiller scientists’, ‘hacking whisky’, ‘futuristic whisky’ and ‘whisky imbued with tech and innovation’, to my mind, we’re starting to skirt dangerously close to the line when science becomes pseudoscience. When I’m presented with the concept of something being ‘distilled by craft but refined by code’ I’m honestly mentally starting to check out. It feels disingenuous to be implying that the knowledge and methods utilised at other distilleries are somehow less ‘scientific’ than those being used at Ailsa Bay. At the end of the day, they’re still just making whisky….and barring the genuine originality outlined above, the overarching production methods are the same as they are the world over.

All distilleries have a need to mark themselves out as unique, as worthy of the attention of consumers. To my mind, Ailsa Bay’s approach does so by itself – it doesn’t need the overenthusiastic ‘stand back whilst we try science’ marketing. This makes the actual innovative approaches that are taking place at the distillery seem sadly gimmicky. Coolness is lost when you're trying too hard to be seen as cool.

Today we’re taking a look at the distillery’s inaugural namesake release. Micro matured and bottled at 48.9% ABV with 21 PPM and 11 SPPM it’ll set you back £53.95 from The Whisky Exchange. The expression was replaced last summer by a new formulation – Ailsa Bay 1.2 Sweet Smoke (which The Dramble will look to bring you a follow-up review of soon), so you’ll no doubt be seeing the original release starting to be phased out in retailers.

Taste: The arrival is sweet – lemon, pear and cough drops (a lot of hard candy), all dusted with icing sugar. The smoke is headier here – lab iodine, floor cleaner and Swarfe, which moves steadily towards both chalkiness and steely minerality, neither are coastal in nature - more industrial aggregates silo. Unusually alluvial. The development expresses the cask constituents with vanilla, cloves and ginger spicing before a return of sweetness with honeyed cereals.  Dilution adds a tarriness to the smoke, whilst also emphasising the chalkiness – now crushed paracetamol.

Ailsa Bay’s first release is distinctive and unique. There are aroma and flavour combinations here which feel interestingly unfamiliar. A brightness and sweetness far outside of easy-going Lowland whisky. A smokiness tangentially different to anything oily and coastal from Islay. The end result is singular and at the same time a little odd. It’s certainly young in outlook – punchy, a bit raw in places and with a highly alluvial chalkiness. But, at the same time I still find the individuality here quite noteworthy.