Whisky Science! Seeing the wood through the trees 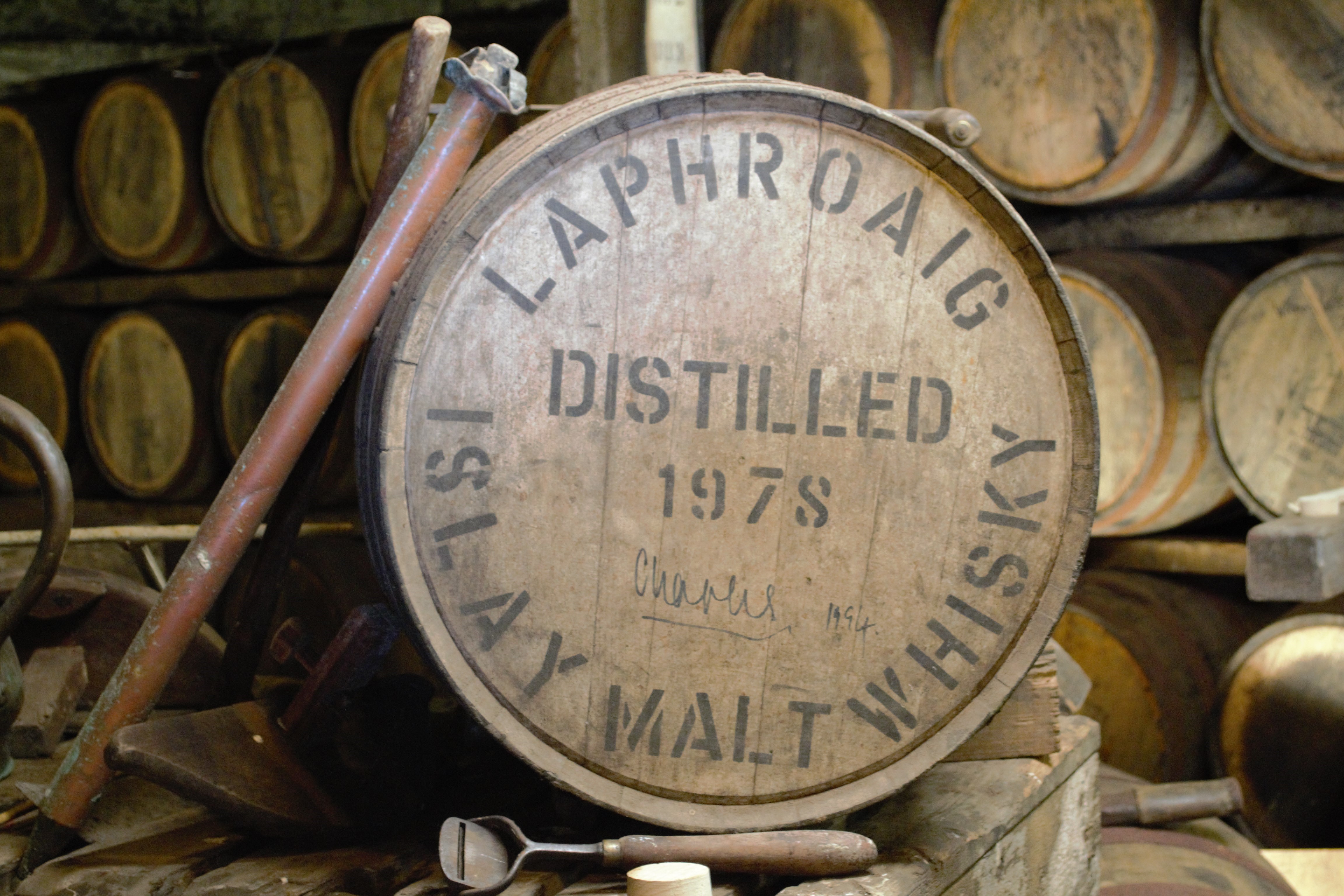 The interaction of oak with spirit is a slow, transformative process and the most fundamental aspect of whisky maturation. Newly distilled spirit, whilst already imbued with distillery-character flavour is at that time harsh, pungent and still at an alcohol volume which will likely prove harmful if consumed in any great quantity. At this point, wood in the form of casks is introduced, and some quite dramatic biological effects take place – prolonged storage in oak leads to some 200 different substances being extracted or transformed by ethanol being in contact with wood. These substances all contribute to the eventual formation of the flavour, aroma and viscosity of whisky. 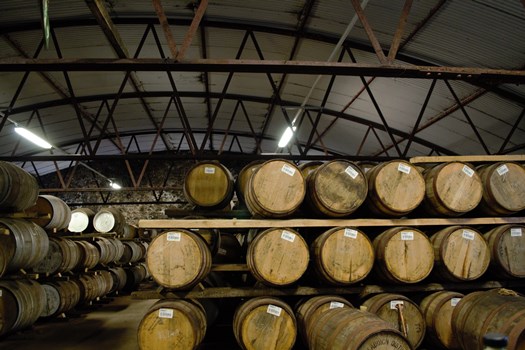 But, before we go full biochemical, let’s start at the very beginning, with the wood itself.

Historically a wide variety of woods have been used to make casks for the maturation of wine and spirits, but over the years, four particular types of oak have become the most prevalent. Oak became the wood of choice in Europe and North America through both plentiful supply, and its inherent porosity which permitted evaporation and oxygenation of the liquid. Oak is a tree of the genus Quercus – there are around 600 different species of Quercus in the world, however, only roughly 20 can be considered to be economically important.

For all these varieties, the best casks will come from the slowest-growing trees drawn from the densest forests. These trees will be at least 70 years old, if not much older. Not all trees will provide coopers with exactly what they’re looking for – wood needs to be straight with an even grain and very few knots. Only the best examples will make it into the staves which form a cask and at most, a tree will provide only four casks total. 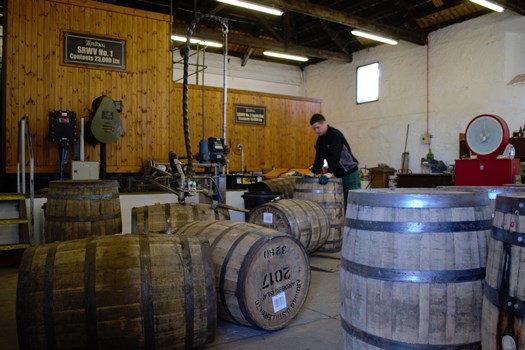 When talking about oak maturation, invariably the conversation will end up on the topic of 4-Hydroxy-3-methoxybenzaldehyde more commonly known as vanillin (yes, the compound which is responsible for the vanilla taste in your dram). However, just focussing on vanillins does a real disservice to the complex biochemical reactions which take place during the maturation process within a cask, and in order to understand that better we need to look at what oak is made of...so boring chemistry time I’m afraid...

The biological structure oak is fairly complex but, aside from water, has three main components; cellulose (40-50%), hemicellulose (15-25%) and lignin (15-30%). Cellulose, is often described as a ‘skeleton of a tree’. It is a long chain of sugar (glucose) molecules that makes up trees cell walls and is responsible for the remarkable strength and robustness  of wood as a material. Hemicellulose (also known as polyose) are shorter chain molecules also embedded into the cell walls of plants – these molecules are where natural sugars are stored. As such, they’re crucial to the flavour which oak imparts in to whisky – especially when a cask is charred or toasted, and the natural plant sugars turn to caramel. Hermicellulose is also responsible for a good deal of ‘weight’ and viscosity of whisky – again this is imparted through extraction of sugars. Lignin provides the support materials for vascular plants (where resources are delivered throughout the plant) such as oak, and is responsible for many of the vanillins present in whisky. Over a longer period of time, lignin compounds break down further and slowly release additional notes into the spirit, including rich spices. When burned, lignins form Guaiacol and Syringol – these are both types of phenol and therefore associated with the aroma of wood smoke.

The final compound we’re going to highlight today is tannins. As whisky matures (ethanolysis is the technical term), ethanol from the new make spirit degrades within the cask through continued wood contact - this results in the extraction of tannins from the cask, into the liquid. Not only adding astringent bitterness, tannins also introduce ellagic and gallic acid (both polyphenols) into the cask – these have been shown to be antioxidants and increase in volume the longer the liquid remains in the barrel. Different woods provide different levels of tannins. American white oak is made up of only 1% tannin whereas French oak can be as much as 10%. Similar to lignin, tannins also contribute to the mouthfeel of matured whisky. 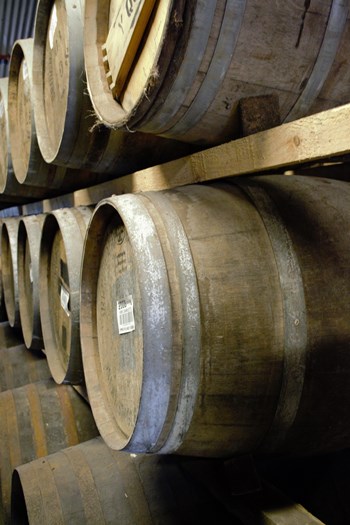