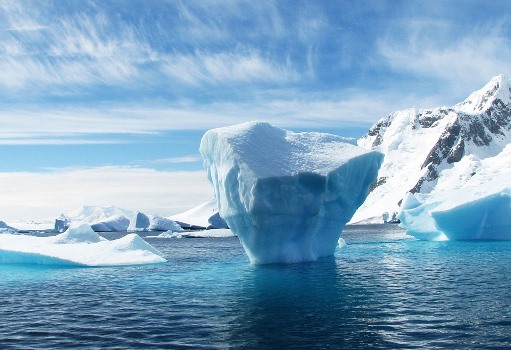 Contrary to popular belief, virtually all whisky is filtered in same manner. Have you ever used a valinch to syphon a dram directly out of a cask? If you have, you’ll no doubt have sucked out some particulate matter, often pieces (sometimes quite sizeable!) of charred wood. But, whisky is not jam, and there isn’t an option to buy it with the bits still left in. Filtration takes several forms, from simply passing the liquid through a cloth or cellulose sheet all the way to using temperature and pressure controlled nanofiltering systems. So, whilst we should all probably agree that basic filtering of particulates is probably a sensible idea, why would distilleries go further?

Chill filtering is not a new process – in the 14th Century, Russian vodka was rapidly cooled using ice after distillation which would separate the water and oils from the alcohol and allow them to be removed. Filtration became common practice for many types of alcohol in the 17th Century with filters made from cloth and paper as well as using sand, ash and charcoal.

Nowadays, the decision to chill filter whisky is one which is largely cosmetic. Many of the biggest selling single malts and blends are bottled at 40% ABV – when whisky is bottled lower than 46% it will turn slightly hazy when either water or ice are added or when the whisky itself is cooled. This is due to long chain fatty acid esters which are present in the liquid. These esters have a greater solubility in alcohol than in water, so when a whisky is bottled lower than 46% the volume of water causes the esters to precipitate (form in to a solid) out of the solution. This precipitation is what you would discern as haze in your glass. The haze has a name - ‘Scotch Mist’ and is deemed undesirable by many consumers – cloudiness means a less quality product right? and therefore chill filtration is employed by many distilleries to prevent this chemical process from taking place.

Chill filtration of Scotch is mainly achieved through the use of plate and frame filtration with cellulose sheets and at temperatures from around +5 to +10 degrees Celsius. This said, I have read of examples of chill filtration occurring even down to -10 degrees….that is chilly. In this cooler environment, a medium amount of pressure is applied to the liquid for between three and twenty four hours. The process encourages esters to precipitate – they are then removed when they pass through the cellulose sheet. Simples.

Chill filtration preserves the clarity of the spirit, but some argue that the removal of esters lowers the overall flavour, texture and colour of the whisky. This is oft-times where E150a spirit caramel comes into the equation in an attempt to rectify the colouring, or at least produce whiskies with a high degree of consistency time and time again. But E150a doesn’t affect flavour and texture. So, now is a good time to briefly explore what esters are and why they’re deemed important to both the overall flavour of whisky, as well as the mouthfeel you experience.

‘Esterification of carboxylic acids’ is rarely going to be a phrase which crops up at your monthly whisky club. Simply put, Esters are chemical compounds which are naturally occurring and are responsible for the aromas of both flowers and foods, and particularly fruits. Esters are formed when carboxylic acids (Vinegar contains ethanoic acid, so there’s a common one for you) are condensed with alcohol. Esters are sweet so you can expect flavours like apples, pears, bananas, pineapples and strawberries. Sometimes they might even be a touch minty. Although fragrant, you won’t often find esters used in perfume or scents – perspiration makes them unstable! Long chain (lots of atoms in a molecule) esters are present in whisky, these include animal and vegetable fats and oils. Esters are known to form during the oak maturation of whisky – however, there is little research presently to identify if the precursor carboxylic acids are already starting to form when a barrel is charred, or whether they are mainly derived from fusel alcohols already present within the wort prior to distillation.

Upping the geek to the next level, the most important esters in terms of whisky haze are ethyl laureate, ethyl-palmitate and ethyl-9-hexadeanoate. But, for the rest of us mere mortals, here’s a fantastic diagram from Chemistry Teacher James Kennedy which demonstrates the sheer number of flavour combinations which esters are responsible for. 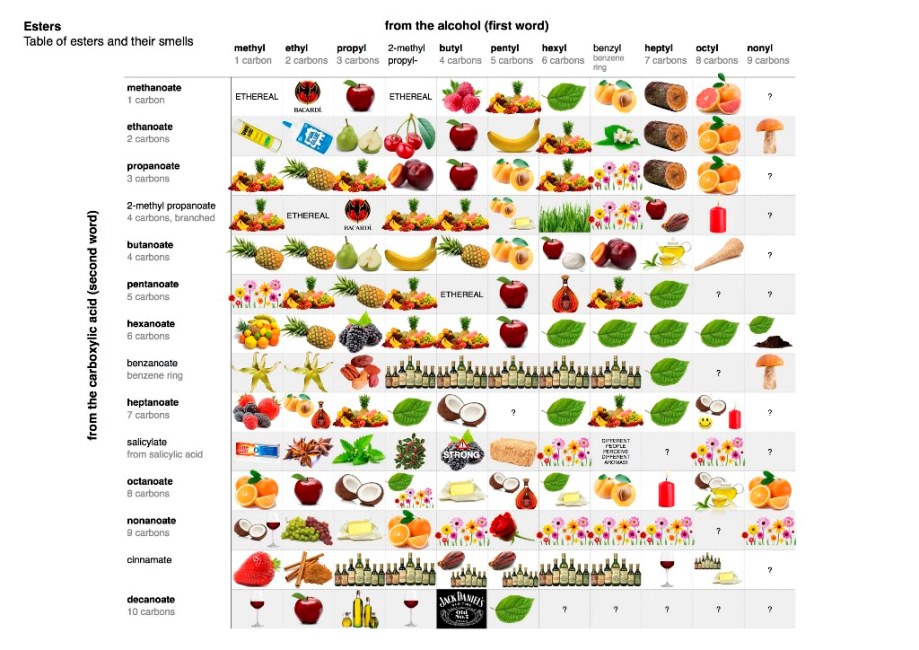 So, returning to our original question - how much does chill filtration affect the flavour of whisky?  It is very hard to ascertain whether current filtering processes actually, to a discernible degree, reduces either flavour or mouthfeel. That’s simply because distilleries never release two versions of the same whisky - one chill filtered, one not. Likewise, filtration processes are not uniform across either Scotch or indeed worldwide. Several distilleries have opted for entirely non chill filtered products, Balblair, Bruichladdich, Bunnahabhain spring to mind (I don’t think it’s just a ‘B’ thing though). These distilleries, along with others, argue that ‘natural’ whisky presents more intense aromas, and an increased robustness of their spirit. However, there has not yet been a revolution and, for every distillery who has abandoned chill filtration, you’ll find another who swears by it. Whether it be for consistency, or indeed because the before and after results of some malts were simply less marked than others, we’ll never know. However, with the recent rapid growth of whisky worldwide, many distilleries will surely take a ‘if it ain’t broke’ mentality, concerned that any change in their processes might affect the characteristics of their whisky and thus, their bottom line.

When it comes to chill filtration, the science, whilst understood, is not yet fully comprehended. The continued debate and future direction of the industry is even less certain.