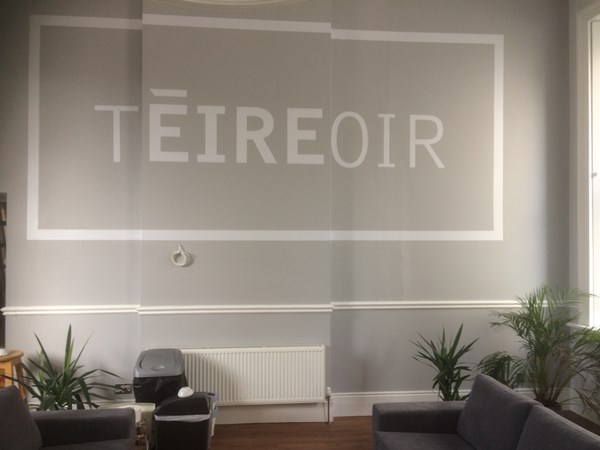 Romanticism and reality are rarely comfortable bedfellows. Leveraging dreamy images of heather-blanketed hills, effervescing streams and sea-lashed coasts has been a pillar of whisky promotion for decades. Implicitly and sometimes explicitly suggesting that flavour is somehow magically influenced by location. But, turn the tables and start to question whether the physical elements of a place and distilling’s raw ingredients can truly influence taste, and it’s abundantly clear that producers are still by and large happier with the allegory.

If nothing else, a visit to Waterford will open your mind to the possibilities that still exist for exploring whisky’s main ingredients. The distillery is a whisky geek’s dream – a modern cathedral of data-driven distilling and documented investigation. The level of intricacy and fervent recording is such that it’s all too easy to get sucked into a rabbit hole of technical detail. If you’re the type of person who revels in learning tank capacities and fermentation times, Waterford is your Willy Wonka sweetshop. However, if you allow yourself a moment to think more broadly about what is taking place in the former Guinness brew house alongside the River Suir, you might actually blow your mind.

When it comes to a triptych of transparency, traceability and terroir, the whisky industry has only just started to walk up a hill. Look beyond the horizon and you’ll see there’s a whole mountain range left to explore. 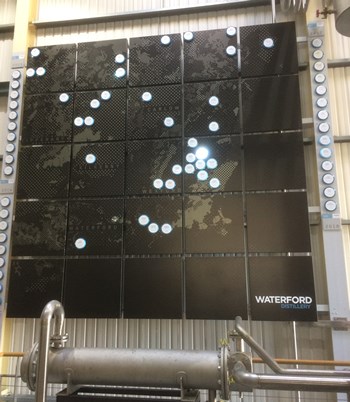 For year’s Irish whiskey has suffered from a transparency deficit. A combination of waxing and waning fortunes and a lack of best practice and established guidelines have led to questionable labelling and sadly even more dubious marketing practices.

It’s easy to forget that the fruits of the Irish whiskey renaissance aren’t yet ripe. Whilst in time there’ll hopefully be an abundance of new mature liquid available, at present, aged stocks are sourced from the handful of distilleries that were able to withstand the lows of the 20th Century. In conception there’s nothing wrong with that in the slightest – it allows producers a place in the market, and a much needed influx of revenue to get their new operations up and running. But, several brands have played sourcing whiskey to the bone – some offering subliminal suggestions of false provenance, whilst others plumbing the depths of outright deceitfulness with talk of distilleries which simply don’t exist in reality.

Transparency should be improving with the introduction and adoption of the Food Safety Authority of Ireland (FSAI) Labelling of Irish Whiskey. Descriptors, definitions and labelling requirements will help to create a leveller playing-field between the established and the up and coming distilleries, whilst also providing regulations to hopefully annihilate the current levels of unethical marketing that can be all too readily seen.

Sadly, old habits die hard – whilst Hyde have made *some* changes to their messaging, misperceptions are still going to occur when you splash your logo on top of a brewing/distilling flow diagram –  where not one of the indicated processes was actually undertook yourself. Similarly just yesterday I saw yet another new distillery that isn’t – ‘Hinch’ starting to play the same fake distillery game. There’s still a long way to go.

But, at Waterford, transparency is ingrained – it’s simply fundamental to what they’re doing. Information is provided from end to end – in more detail than you could ever possibly want. Much of this stems from the attitude of founder Mark Reynier’s – a dedication to providing the consumer with as much information as possible ala Bruichladdich (his previous distillery venture). But, at Waterford it goes much deeper – it’s both inherent and required for the very specific type of distilling that’s being conducted at the site.

The process at Waterford doesn’t start with malting as it would elsewhere – it goes directly to the barley fields themselves. Working with 72 farms from across Ireland, Waterford are exploring provenance through the lens of cultivation and harvest. In essence, looking to understand the terroir of whisky though soils, microclimates and the intricacies of farming techniques on a field-by field basis. Each crop is harvested, stored, malted and distilled separately – and traced with unparalleled level of detail through every stage of the its journey. You’ll regularly hear the phrase ‘from field to glass’ – at Waterford, this expression is given actual meaning.

Without transparency, it would be all too easy to wave away Waterford’s exploration of provenance and terroir as yet more marketing buzz. But whilst the distillery doesn’t have a welcome centre, visitors are always welcomed. The near sci-fi level of data and analysis is perhaps easier to see than to explain – and seeing first-hand the mindboggling attention to traceability at the very heart of Waterford leaves little doubt as to the distillery’s transparency credentials.

Whilst traceability has been in-built with other consumables for decades, if not generations – for whisky, it’s an astonishingly underappreciated concept. If folks want to know where their fruit and vegetables come from (and how they’ve been grown and treated), why not the barley in their whisky?

For Waterford, traceability goes beyond making sweeping ethical statements – it’s part and parcel of the distillery’s daily operation and results in sights like this: 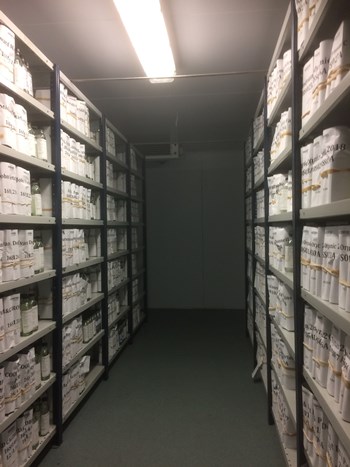 I cannot begin to stress how crazy this spirit archive room actually is. To a whisky geek, this is sample bottle heaven. But think about this from a scientific point of view – this is an active record of both provenance and traceability. An agronomist has provided a full technical spec of the soil and prevalent microclimate conditions of the field, noting barley physiology and genus whilst recording nutrient levels, the use of agro-chemicals, grain storage and transportation. That’s before any part of what you’d commonly think of as whisky production has even begun.

The spirit is produced in batches on a field by field basis – one per week. Six samples are taken from each production run – this is reflective of the slow distillation time that Waterford operates. I.E. not all of the run is distilled at the same time – the remainder sits in the fermenter before it moves to the stills. Bubbling away, more often than not for over 100 hours (substantially more than most distilleries).  The whole time it’s moving through the distillation process, it has been tracked fully. End to end – single field, single malt. Total traceability. 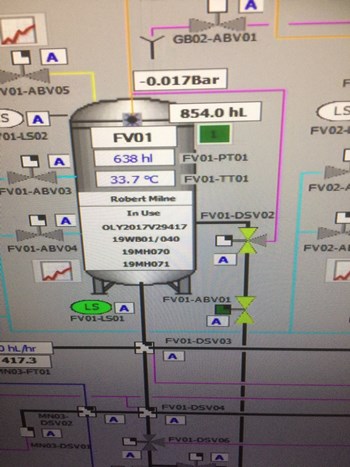 A highly flammable bunker full of new make spirit samples - so what? you might ask. If you do, you’re rather missing the point.

Without this dedication to transparency and traceability, Waterford’s exploration of provenance and terroir could easily be batted away as a form of technical fannying around that’s possible at many an industrial site. But, the level of precision and dedication to tracking and recording goes far beyond anything I’ve ever seen in any distillery anywhere in the world. It allows for an unrivalled ability to compare and contrast. Crop by crop, year by year – without the external influence of wood even entering in the equation at this point.

And that’s important – as Reynier points out, “100% of whisky’s flavour has been influenced by its time in wood”. But, as many of you will know, variances between casks are enormous – even when sited next to one another in a warehouse. For provenance and terroir to be a ‘thing’ their effects need to be identifiable outside of the additional variables that oak introduces. At Waterford, transparency and traceability collide with their liquid library being feeling available to compare and contrast in any manner you see fit. It’s not only a historical archive, but a living record that can be re-examined and reassessed.

To detect and assert terroir in whisky, it’s not good enough to note that one spirit sample smells and tastes different to another – all you’re doing is potentially highlighting an inconsistency in production. Waterford’s vast liquid library of fully traceable liquid removes this possibility – it allows common traits between fields, harvest years and barley types to be evaluated and judged.

In planning my visit to Waterford, I spent some time with new Dramble staff writer Zander to devise a quick and dirty ‘terroir’ test. Head Distiller Ned Gahan was more than happy to set this up for me.

Six new make samples, picked at random from a variety of fields, distillation years and barley types. Nosed and tasted blind could I re-pair them up? 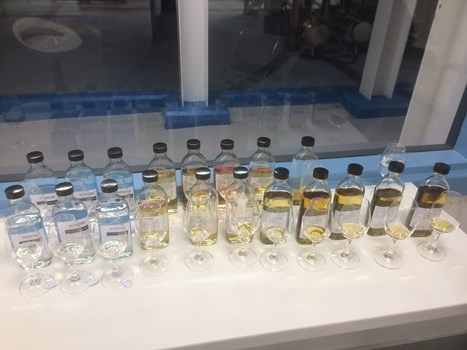 This was a far from a scientific test – for that you should look to The Whisky Terroir Project. However, it did provide several confirmations. Firstly, that Waterford has total faith in the quality of their liquid – even at some remarkably young ages (very little is technically ‘whisky’ at this stage), but also, that the transparency at the heart of the distillery runs true with how it treats visitors.

Want to compare A with B – go for it. Looking to see if X is different to Y – off you go. The linkages and commonalities are going to be different – whisky appreciation, aromas and flavours are entirely personal – but at Waterford the assessment is yours to make alone. It’s never foisted nor is it forced.

So, the experiment – whilst my ability to match up an individual field across several different years of barley production produced a correlation, it was far too tenuous to be heralded as anything close to statistically likely (not that a sample size of just six would ever be). However, I did (inadventendly) manage to correlate barley types, grouping all of the Odyssey barley distillate together based primarily on what I believed was a common top note fruity ester - it wasn't from the same field, but it was from the same barley strain. Proof of terroir? Of course not – that takes much longer than a morning at a distillery. But, nevertheless, I left the sample lab with my mind-blown….not by the huge selection of liquid that was presented to me, but by the dedication of the Waterford team to logging, classification, charting and recording. You can’t prove a hypothesis without evidence and robust investigation. At Waterford this is happening constantly.

The wider industry would have you believe that it’s still ‘all about the wood’. But, I’ve long been of the view that re-racking liquid into a weird cask and proclaiming revolutionary experimentation and market disruption is little more than a misrepresentation of what true innovation is. Waterford proclaims that barley is king and provenance is all – to my mind they’re doing all the right things to prove just that.