The Softer Side of Graham Eunson 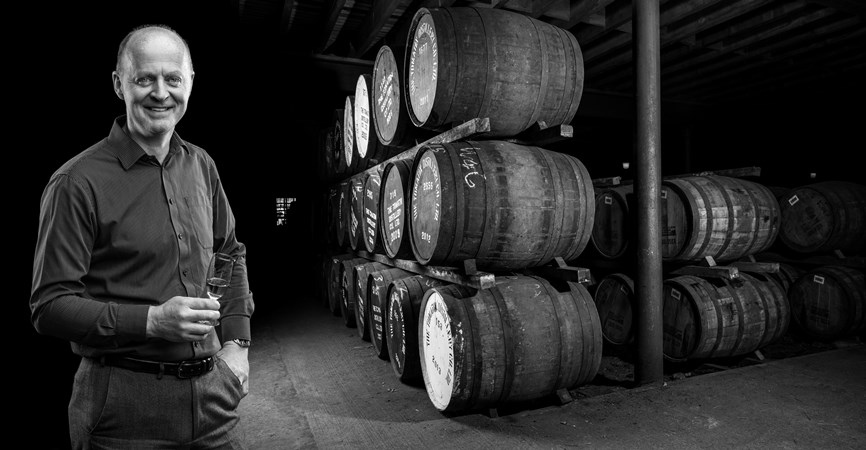 Orkney-born Graham Eunson has been the General Manager of Tomatin Distillery since 2011, but whisky has been a big part of his life for many years prior to this. He’s worked at Scapa, Glendronach, Glenmorangie and Glenglassaugh clocking up over 25 years of experience within the industry and overseeing all aspects of production and warehousing along the way. For the last 6 years Eunson has been leading the distillery team at Highland distillery Tomatin, as it looks to solidify its reputation not just as a blending whisky, but as a high quality single malt in its own right.

The purchase of the distillery in 1985 by Takara Shuzo and Okura & Co not only saved it from falling victim to the 90’s whisky downturn, but it also lead to a period to rationalisation and stability at the distillery. 23 stills were in use in 1974 – by 2002, the number has been reduced to a more manageable 12. This provided the ability for the distillery to refocus its production away from high volumes and on a more quality-driven production and brand strategy. The fruits of those endeavours are now coming to bear under Eunson’s lead – whilst the character of the Tomatin spirit has remained the same, level-headed wood management and a focus on consistency has allowed the distillery to bolster its range of single malts substantially over the past decade.

We caught up with Eunson as part of our Tomatin week on The Dramble and spoke to him about his career, working at Tomatin and what he feels will be the key trends driving the whisky industry forward in the future.


When did you join the world of whisky and what were you doing before?

After leaving school I started work as an apprentice joiner. A badly broken leg meant a move into employment in the parts department of a garage and then eventually into whisky. I started in the industry at Scapa Distillery, one of the two distilleries on Orkney, were I was born and brought up, initially as a warehouse operator before progressing into production roles in both the mash house and still house. In 1992 I moved into the office to become a trainee brewer before being transferred to Glendronach Distillery in Aberdeenshire in January 1994 as brewer. October 1996 saw a change of employer with a move to Glenmorangie as assistant manager before taking on the role of Glenmorangie Distillery Manager in 1998. During the next 10 years I oversaw all aspects of production and maturation, increased the distillery capacity and spent time carrying out the brands ambassador role. After departing Glenmorangie in 2008, I took on the project of re-opening Glenglassaugh Distillery after 22 years of closure. In 2011 having overseen the resurrection of Glenglassaugh, an opportunity arose to join the Tomatin team in the position of Distillery General Manager and here we are!


Could you tell us about your role as Master Distiller with Tomatin?

Although my title is Distillery General Manager that falls some way short of explaining my role, which also incorporates Master Distiller – to be honest it’s not easy to explain as its very wide and varied but that is what keeps it interesting. I’m responsible for all aspects of production in the distillery from raw materials in (malt, yeast, water, casks etc.), scheduling of production programmes and the ongoing strive for quality and consistency in the new make spirit. I also have control of maturation in the warehouses. This covers everything from sourcing casks for filling all the way through to cask/whisky selection for use in bottling of the single malt. Longer term I must ensure that we operate the distillery as efficiently as possible so this requires keeping up to date with the latest advances in energy efficiency and environmental strategies. Throw in some PR work with tours and tastings, sitting on two committees within the SWA, day to day man-management, controlling budgets and it just about keeps me out of mischief.


What does a ‘normal’ day look like at Tomatin – and what is your favourite aspect of your job?

No such thing as a normal day and that’s probably my favourite part – keeps me on my toes. Distillery production and warehousing operations go on pretty much the same day in day out – consistency is what we look for after all. My favourite part is probably looking after the wood policy ensuring we have the right spirit in the right casks at the right time which, while challenging when the sales team do their jobs well too, is great fun - high sales are a nice problem to have obviously.

If I’d been less stubborn about not leaving Orkney when I was younger, I’d probably have become an architect but I refused to go off to university after leaving school. I’ve always been intrigued by electronics too so might have been an electrical technician. Childhood dream was to be a professional footballer but I’m getting a bit old for that now! 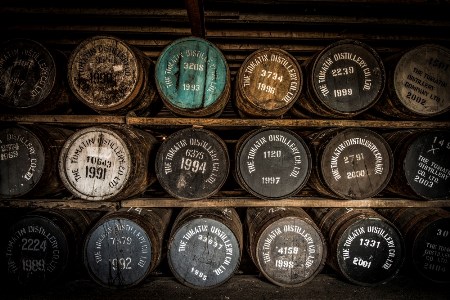 Could you summarise what you see as Tomatin's house-style?

Smooth, lightly sweet with a real fruity note and lots of complexity as it ages.


What can we expect from Tomatin in the future?

Well I could tell you but I’d have to kill you as they say – My main aim is to keep a consistent high quality to our whiskies but we might have a few surprises up our sleeves just to ensure we maintain interest. 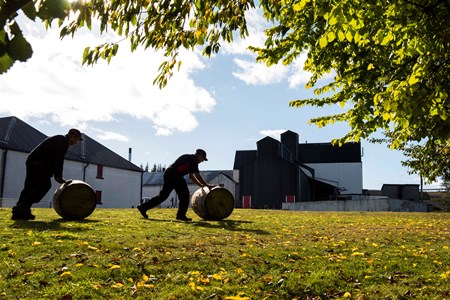 Well recently we’ve been enjoying a surge in whisky cocktails – I think going forward we will find even more interesting ways to enjoy whisky (we collaborated with Edinburgh based Eteaket this year to create barrel aged whisky tea!). We’re limited by regulations, which are there to protect our reputation, but they limit what we can do to create new styles or expressions. I think we need to look more at different ways to enjoy whisky as it’s a much more flexible drink than it gets credit for.

A large one !!  - Preferably a Tomatin 36 year old, did I mention it won ‘Best Scotch’ at the San Francisco World Spirit Competition this year? 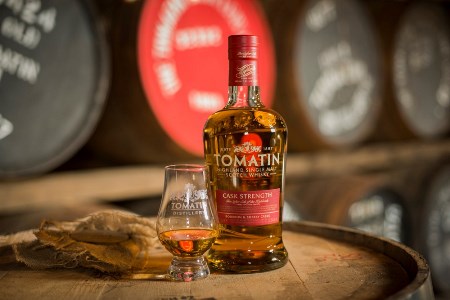