The Quiet Man is turning up the volume

Ciaran Mulgrew is a man with a plan, and that plan aims to put Derry right back at the heart of the Irish whiskey trail.

As Managing Director of Niche drinks, Mulgrew is part of a growing renaissance in Irish whiskey production. At the beginning of 2017 the Irish Food Board indicated that they expected the export of Irish whiskey to double by 2020. The Quiet Man is riding the crest of this wave with plans to both expand its core range of malts as well as a new distillery build already underway.

Once home to three distilleries, and a world capital of whiskey in the Victorian era, production ceased in Derry in the early 1900’s. The new Quiet Man distillery built out of derelict buildings on Ebrington Square is already taking shape. We caught up with Mulgrew in London and spent some time exploring both the history and future of The Quiet Man. 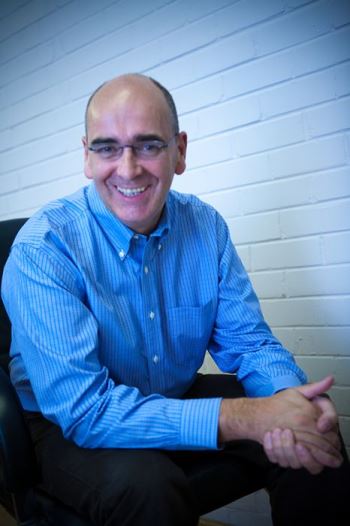 When did you join the world of whisky and what were you doing before this?

I grew up in the world of whiskey – my father was a bar man who eventually was able to own his own bar and I grew up working in the family business since I was 12 years old, collecting glasses, sweeping floors , all the usual stuff.


Could you tell us about Niche Drinks and you role as Managing Director?

Well, we have been producing Irish Cream Liqueurs for 35 years and we decided about 5/6 years ago to get ourselves into whiskey production too and for a small independent owner operated business, that is a big commitment. The distillery build and the stock laydown will cost us about £12m, that is a lot of money, so at the minute a lot of my time is spent worrying about how we get it and how we spend it!

I travel a fair amount too – I am off to Chicago tomorrow for WhiskeyFest and onto Austin Texas for a whiskey festival the following week. If you are making and selling Irish Whiskey then one of the few certainties is that you will have to sell far beyond the shores of Ireland to survive and that is where the travel comes in. Mind you, going to fabulous places to talk about whiskey is not exactly a hardship.

You're on the road promoting the brand a lot recently - Where is the most exciting/unusual place you've visited?

I think the most breath-taking place has been the Big Sur in Southern California, the stretch of Pacific Coast Highway from San Francisco to San Diego is the most beautiful thing I have ever seen, and it begins with San Francisco and ends with San Diego – so not at all shabby from start to finish. China is very interesting and I have enjoyed great visits to Beijing and Shanghai which was another great experience and one I would recommend for people who want to see something different


Could you tell us the history of the Quiet Man and outline the current range?

Well my father was a bartender who worked for over 50 years in bars around Belfast. Sometimes he would bring me into work with him and so I grew up loving the sounds and smells of the bar, the craic, the laughter and the smell of the beer and the whiskey. Especially the whiskey. Now that I am making my own whiskey I am naming it after my father. In 50 years as a bartender he saw a lot of things and heard a lot of stories, but like all good bartenders, he was true to his code and told no tales. My father, John Mulgrew. "The Quiet Man" or as they say in the Irish “An Fear Ciuin”. So that is why I called the whiskey The Quiet Man and the story of it – especially the fact that it is true! – resonates with people. 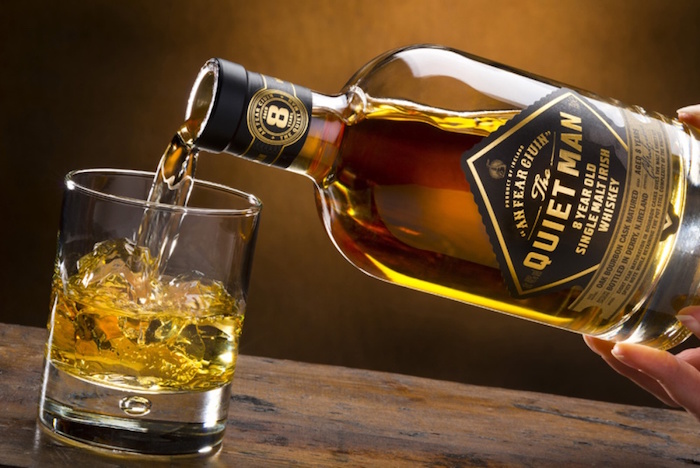 In terms of the range, we have a Superior Blend, an 8 Year Old Single Malt both of which have won numerous awards, including Double Gold for both at the San Francisco Spirits Competition, we also have a 12 Year Old Malt and this October we will be bottling a 12 Year Old Sherry Finished Single Malt and when we enter these whiskies into competitions, I am sure they will do just as well. The Sherry finish has currently been in Sherry butts for about 7 months and it is really wonderful. Customers who have tasted it have placed orders in advance, not by the case or even pallet, but by the cask which is great.

In terms of what gives The Quiet Man its depth and complexity, it really is about the wood and the blending of casks for bottling. All of the whiskey spends time maturing in First Fill Bourbon Casks which have had Bourbon in them once, but no other spirit. I think the interaction between the spirit and the wood in the First Fill Casks means that the spirit comes out softer, with more complexity than otherwise would be the case. After that, you need to be careful when picking casks for bottling to make sure that you get the selection right and that you have an interesting product and in our case a whiskey which is in line with the softer, smoother style of whiskey we want to develop of the years as The Quiet Man’s “house style”.

How is the distillery build going at Ebrington Square?

The build is going well – we are building in an old naval base right on the water in the centre of Derry, so The Quiet Man Craft Distillery will be an urban distillery and we hope by bringing the distillation of Irish Whiskey into the heart of Derry, we will become a must see location for visitors and locals alike. We are taking over 4 old buildings dating back to 1841 and we are building 2 new “link” buildings to join them together -s you will see in the photos the roof is on the old buildings already and we are readying ourselves for the 2 new builds. 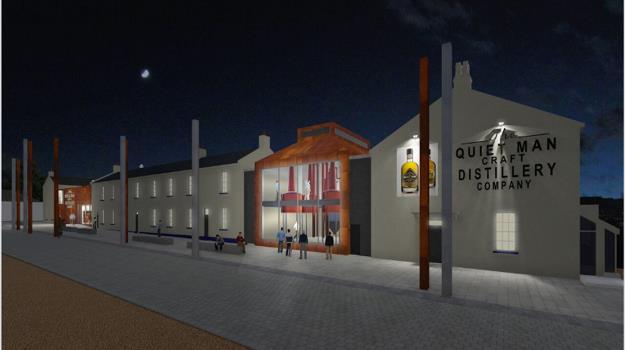 In terms of equipment, our brew house is coming from BrauKan in Germany and the stills from Frilli in Italy and they are both scheduled for delivery reasonably soon, so we need to be busy! We will be distilling Malt whiskey and we will commission at around 500,000 LPA which is a fair output, but we have designed the distillery in such a way as to give us twice that capacity on a 24 hour 6 day working week should we need it.


Are there any cultural differences between whiskey drinking in Ireland and whisk(e)y drinking around the rest of the world?


Do you have a favourite whiskey moment which will stick with you forever?

I think really my favourite whiskey moment would come from growing up in the bar at home - The Oak bar on the Grosvenor Road in Belfast and when I was a kid watching my father make hot whiskies on a cold day. The smells of the whiskey, the lemon and cloves – it was fabulous and the drinks industry seeped into my bones through osmosis at that very point!


From your experience, what new trends might we see in whiskey in the future?

I hope that we will see whiskey more and more becoming part of an increasing number of peoples repertoire of drinks. There is so much for people to enjoy, the different styles, the different woods for maturation, the mix ability of whiskey – it is just plain fun and I would like to see as many people as possible enjoy it. As we say over here – you are a long time dead, so be good to yourself when you are on top of the ground – drink good whiskey!