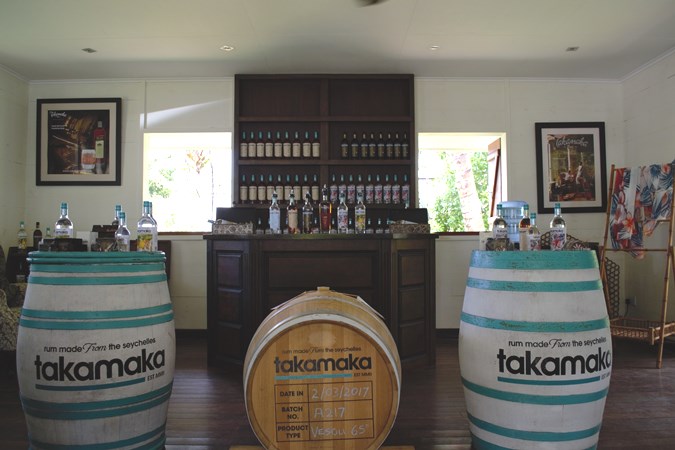 Distilleries don't tend conjure up images of tropical paradises - that is unless you happen to be visiting the Seychelles for your Brother-In-Law's wedding and you take some time out to visit Takamaka Rum. Situated on the main island of Mahé, Trois Frères Distillery, with its 200-year old colonial house and very neaty trimmed lawns is the perfect getaway from a week of table decorations, speeches, family members and white sandy beaches. Oh it's a hard life sometimes.

The name 'Takamaka' refers to both a local bay/beach on Mahé, and also to the large evergreen tree Calophyllum inophyllum. Founded in 2002 by Bernard and Richard d'Offay, Trois Frères Distillery is the first, and currently only commercial rum producer in the Seychelles. It was built on an 18th Century tropical spice plantation site - La Plaine St André. Following the granting of a 50 year lease (the location is a national heritage site), the area was restored over a period of two and half years and, what is arguably a small distillery, was constructed in a long single-storey building. 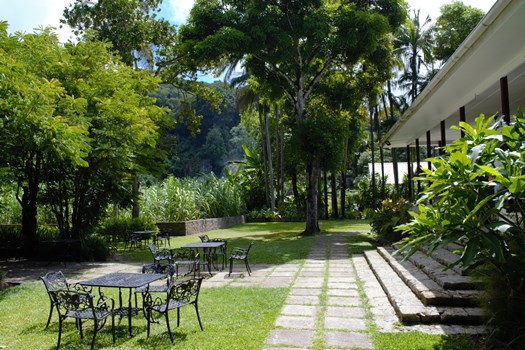 The Seychelles has a long history of illicit stills providing sugar-based alcoholic products for the local population of 90,000 people. However, the d'Offay brothers have clearly been looking much further afield than just the islands. Takamaka rum is already well established at Dubai Airport and there are distribution deals set up in Germany, Switzerland, Austria, the Netherlands, France (through Whisky de France) and the UK (through The Whisky Exchange). However, the business is still family owned and family run and when one visits the distillery this becomes plainly obvious when you look at the scale of the facility - big it ain't! Tours run regularly and offer visitors a look around the entire site as well as a tasting of all the standard Takamaka expressions currently available. If you're ever on Mahé, I'd highly recommend it as well worth your time.

Whilst I was there, I spent some time with Co-Founder Bernard d'Offay and Master Distiller (he prefers 'rum maker') Dave Boulle to learn about their background in rum making, distilling philosophy and future plans for Takamaka.


Takamaka is now very established in the Seychelles, and we've seen bottles starting to come into the UK - what are the key markets you're now trying to break into?

Bernard: Right now we are focusing most of our energy on our more established markets like Europe and the UAE where we are seeing fantastic growth in the areas where we want to see them such as travel retail and premium listings in both retail and on-trade. We’ve also just launched in the UK with HighBall brands, whose shareholders come with a wealth of experience within the liquor industry to ensure that Takamaka will be well represented in such an important market. In addition, we are also in the final stages of discussions to secure distribution in Russia, Africa & Australia.


How would you summarise the Takamaka house-style of rum?

Bernard: What makes Takamaka so special & unique is that it’s a blend of molasses based rums & local vesou distilled from sugar cane juice in 3 different pot stills…2 for flavour and 1 with a rectifying column for purity. One secret to our rum is our water which comes from the Vallee De Mai on Praslin and is known for its purity. These all marry together to create rums that are complex on the palate, well balanced in their flavour profile & extremely versatile in both classic & new world cocktails. You can also see this on our website’s tasting notes www.takamakarum.com/takamaka-product-range/ 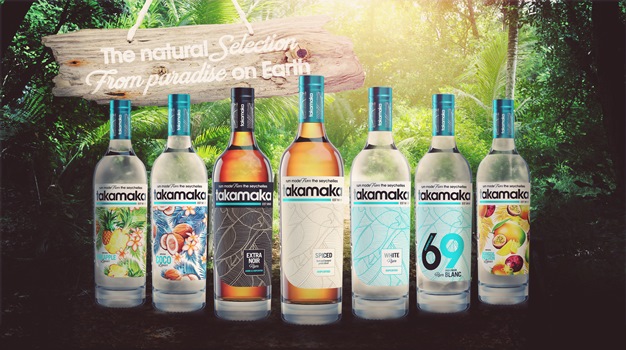 What can we expect in the future from Takamaka -  any single cask releases?

Bernard: Most definitely! We have some fantastic liquid maturing in our barrels of which we use new French & American oak as well as second use bourbon barrels. In addition, we are also experimenting with old port & sherry barrels which are delivering nice results so far. With time, and as our rums mature & mellow with age, we would certainly like to release a select few as either single barrel expressions or as a limited blend. Can’t let the angels take more than their fair share!


What trends do you see in rum production in the future?  Are craft distillers well placed to capitalise on the global growth in spirits

Bernard: I think that both professional bartenders & the consumer alike are now placing more value & emphasis on provenance & quality than ever before. That obviously puts brands like Takamaka in a unique position to be able to leverage this as a young, dynamic rum along with our emphasis on quality & variety at a price point that is still accessible for the consumer and makes commercial sense for the bars looking for a unique offering outside of the mainstream brands. We wouldn’t consider ourselves craft, we prefer “small distillery”, as a brand we have big aspirations and we’ve made investments in infrastructure that gives us the ability to scale up when we want to without 'selling our souls' or compromising on what makes Takamaka so special. As a family owned and run distillery, my brother Richard and I are involved in all aspects of the business which allows us to maintain standards and quality at all times.


The Seychelles is a stunning location - do you have any recommendations for visitors to the island?

Bernard: Besides the cleanest air and the most beautiful pristine beaches and rain forests in the world? I would definitely recommend one of the many nature walks, it’s a great way to really get to know the island intimately and get close to its unique flora and fauna. Taking time to experience real Creole food is definitely another must do as it’s tough to get an authentic experience from the hotels…there are regular night markets, local “ take aways" and festivals offering a plethora of delicious local food such as octopus curry, fresh grilled fish, boudin & local chutneys made from green papaya & local golden apple. On the fine dining side…La Grand Maison @ La Plaine St Andre (home of Takamaka Rum) is probably as it good as it gets, we also do daily distillery tours and rum tastings which is great if you want to break the monotony of laying on a beach all day.


You're marooned on an island (an island smaller than the Seychelles!) what one bottle do you have with you?

Bernard: Without a doubt Takamaka St Andre 8YO…it's best served neat which would serve me well if stranded on an island. I’m also quite partial to El Dorado 15 & Diplomatico Reserva


When did you join the rum distilling world and what were you doing before that? Why did you decide to make a career of distilling?

Dave: The distillery was started by my cousins Richard and Bernard d’Offay and their dad, Robert. I joined them in 2005 after leaving my job as the Director of fisheries research for the Seychelles Govt. I took over the distiller’s role from Bernard who took a sabbatical. Initially I worked with Richard and Bernard on a short term basis, however the allure of being a rum distiller proved too great and 13 years later I am still around.


Could you tell us about your role as Master Distiller at Takamaka. What are your key roles and responsibilities?

Dave: Well, I am involved in all aspects of rum production from sourcing and maintaining new plantations, harvesting, crushing, fermentation, distilling, ageing and blending. I am currently trying to increase the amount of local sugarcane growers in order to increase rum production capacity.

Dave: We have no hard and fast approach to product development as we are a very young distillery. I guess anything we produce at this stage will be ‘experimental’ however we are developing an ageing regime with a well-known cooperage.  In the past we have been fortunate to get bourbon barrels from very well know and established distilleries such as Buffalo Trace.  We will shortly be receiving some sherry and port barrels which will be ‘experimental’. We have had very favourable results so far and this should translate to some very interesting expressions which may be bottled as single barrel lots. Regards the fermentation process, we have developed a process which best suits our raw material and the flavour profiles we want to achieve.


Any new equipment on your shopping list for purchase?

Dave: We have basically everything we need, however we will be looking to increase our distillation capacity in the near future by upgrading our stills.  What I would love to see would be stills run using solar energy.


With thanks to both Bernard and David for their time both at the distillery and in helping compile this interview.