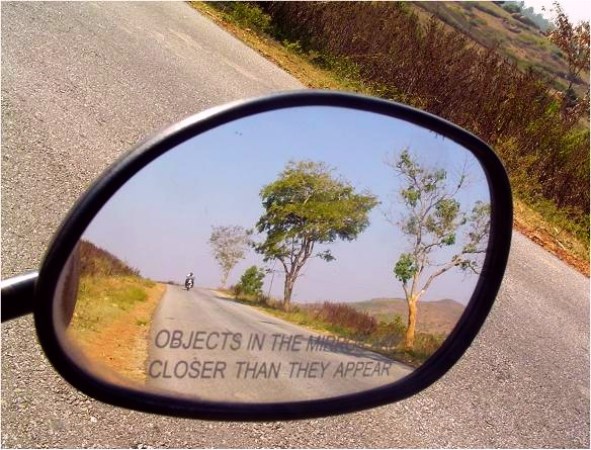 In 2011 Ian Buxton wrote in Whisky Advocate ‘Mark my words, this “investment” bubble will end badly and people – and whisky – are going to get hurt’. Six years later and this prophecy has yet to come true – in fact, depressingly, speculation, apocalyptic hoarding, price gouging, fetishisation and completely loopy behaviour only seem on the increase. Enthusiasts and commentators are oft-times all too quick to point the finger at producers and retailers, but the truth of the matter lies much closer to home. Perhaps it’s time we all took a long hard look in the mirror.

Yesterday Facebook group ‘Whisky – Sell – Swap – Buy’ which has over 8,000 members, was put up for sale (jokingly? – perhaps?) at a cost of a “minimum €1 per member”. Cue an entirely expected outpouring of disbelief, armchair economics and a good measure of bile. But, more worryingly, was the number of posts seemingly expressing a genuine interest in purchasing said group. Hare-brained? Quite possibly. Trying to make a fast buck? – undoubtedly. So, would you say that the producers and retailers are responsible for these irrational or potentially exploitative actions? No, the fault for the current state of play lies entirely with us.

Producer prices have of course risen. Nothing about that in isolation is abnormal, nor immoral. Business is business, and whilst you might think that distillery X is your bestest buddy, they exist as a company solely to produce goods and sell these goods for a profit. The problems arise when consumers themselves fuel a completely unreasonable secondary market, and at the same time scrabble to snaffle up all new releases in a matter of seconds. The secondary market provides no financial contribution to your favourite distilleries and brands, it too exists to make a profit, but all profits made by auction houses and individual sales are profits not being made by distilleries. Distilleries need to compete and prices have risen in part because of this. An entirely related factor, is what you, the whisky consumers and enthusiasts are prepared to pay. Distillery ‘X’ brings out new product ‘Y’ at a huge mark-up compared to previous releases – people buy it. ‘Tick’, job done - more of those higher prices bottlings will of course be produced. Business is business.

I’m not churlish enough to suggest the obvious solution – that we the consumers simply stop buying these ‘overpriced’ new releases – and in particular stop buying them at auction for many times their original RRP. That’s simply not going to happen. But, at the same time, we should be aware of what we are doing here, and as such take our fair share of the blame.

Auctioning - both buying and selling is arguably a fun activity. But, I do wonder how much of it nowadays is being fuelled by a ‘must win’ mentality. Beyond completing a particular set of bottles or obtaining that amazing whisky you tasted once and always wanted a bottle of, I sense a growing trend almost akin to gambler's conceit – some people simply love that feeling of winning something, no matter the cost. I’m not talking about that ‘must have’ Karuizawa 1960 Single Cask #5627, nope, this is the sort of behaviour I’m referring to: https://www.whiskyauctioneer.com/lot/67726/highland-park-12-year-old-viking-honour. This is far from rational, but nevertheless, at least two people have pumped the price of this easily assessible bottle into the stratosphere. Must win? Clearly for some people.

That brings me onto another growing area of outlandishness which compounds our present situation – collecting vs. hoarding. The original Scapa 16 year old is a much loved, much missed single malt produced at Orkney’s ‘other distillery’. You’ll see it regularly sold at auction for over 300% its original retail price. Where did it all go? Well, not that long ago I saw a photo of someone’s garage or basement proudly presenting somewhere in the region of 100 bottles of it, all neatly piled up ready for the impending apocalypse. This was described as a ‘collection’. I have absolutely nothing against collecting, it’s part and parcel of being a whisky enthusiast, however, building your own whisky loch of the same bottle, is not collecting, it’s comprehensive hoarding and it should be strongly discouraged. We all know that supplies of single malts, particularly aged single malts are currently under pressure from increased demand. Removing large numbers of bottles from the market only exacerbates this shortage further – and, of course, that drives up prices further. FYI the Scapa hoarder….well he doesn’t even like drinking whisky, never touches the stuff – so make of that what you will. But, this is an increasingly common sight – proud photos of vast numbers of unopened bottles <slow hand clap>.

So why do we do all this? Well the simply answer is that you’ve got to play the game to be in the game, some just take it that little bit further. But, we’re nearly all guilty to some degree. I’ll admit I’ve sat here hitting F5 over and over again whilst my blood pressure rises and websites (usually Laphroaig’s) fall over at the weight of visitors seeking to buy the latest new release. I don’t see any signs of this situation changing anytime soon. The whisky business has grown exponentially over the last decade, and in recent years the media has become awash with stories about ‘whisky being a better investment than stocks and shares’. People want in on this action. Ian Buxton is surely correct, and at some point many people will indeed get their fingers burnt – but that’s likely to be the fool who bought 400 bottles of Balvenie Caribbean Cask from their local supermarket, not the hawks who we’ve all helped play the market raw to the bone. Business is always business.

This rant of an article probably comes across as slightly bitter. There’s some truth in that certainly, but my worry is not really for myself, it’s for the less fortunate than me. I’m finding an increasingly number of younger members of my monthly whisky club starting to feel pushed out of the market, whether that be through price or supply is largely irrelevant – they’re finding the going hard, and we, the whisky community at large are only making it progressively harder for them. If this is the market of today, where will we be in a decade’s time? Will future potential whisky consumers be simply unable to afford the price of entry? All signs still currently point otherwise, onwards, and ever upwards. But, whether through hard business, scalping or sheer fetishism, we’re all partly responsible for fuelling a market for liquid paperweights which capture a distilling moment in time never to be imbibed and experienced as they were designed to be. Perhaps we should all take a moment to glance in to the mirror once in a while.