Malts, mixology and mutts - An interview with Lucy Horncastle from Compass Box

Lucy Horncastle admirably demonstrates deep-seated passion, along with a fiercely independent innovation in her approach to whisky. Her employer Compass Box are just the same - whiskies such as 'Three Year Old Deluxe' and 'This is not a Luxury Whisky' both challenge perceptions as well as highlight the company's continued devotion to the art of world-class whisky production. If you visit Compass Box at a show (and we suggest you do) you'll find these admirable traits along with a very warm welcome from their knowledgeable and dedicated staff.

Lucy is currently Sales and Operation Assistant for Compass Box, but her drinks background and knowledge goes some way back - She was a finalist in the Vintage to Visionary cocktail competition in 2014, and there's a rather tasty looking concoction on Diffords adapted from one of her original recipes from her time at cocktail bar NOLA. Lucy understands building flavour and creating balance and its with that perspective that she approaches whisky. We spent some time with her at the London Whisky Show, earlier in 2017, finding out more about her background, inspirations, and views on the future of the whisky industry. We also learned about Tali (no prizes for guessing) her beloved doggie - who seems to enjoy a bottle of Peat Monster just as much as we do.

When did you join the world of whisky and what were you doing before this?

When my sister and I were kids, we went through the seemingly mandatory phase for all young girls of being completely obsessed with horses. One winter when I must have been 8 or 9, while visiting our grandparents in Leven (not too far away from the Cameronbridge distillery) we went out on a trail ride and got caught in a blizzard so bad that we ended up spending about 20 minutes simply sheltering in a cow barn that we passed along the way. By the time my grandmother collected us back at the stables, we were freezing cold and miserable. I remember she turned around in the car and offered us a nip of something that “would warm us up”. My older sister was wary, but I – thinking this was some sort of magical elixir – grabbed the small flask and took a large gulp. It was whisky. I coughed and sputtered but I’ve got to give it to my Grams, it did warm me up!


I like to think that that was a very Scottish way to join the world of whisky, I didn’t touch the stuff for years afterwards but was slowly reintroduced to the uisge beatha by my Grandpaps (who also taught me an appreciation for port, sherry and stout). Working in bars through university it was always the spirit I was drawn to and, I began choosing where I wanted to work based on the whisk(e)y offering. Before joining Compass Box I was running NOLA, a classic New Orleans style bar in Shoreditch, that boasted a pretty impressive collection of North American whiskies. I was never looking to leave the bar world, but when I saw the job at Compass Box advertised I thought I may as well throw my hat into the ring. It’s just shy of two years later and I’m so glad I did!

Drawing from your background in mixology, what do you see as the current cocktail trends?

In my opinion, there are two almost distinct branches of cocktail culture at the moment. We are either seeing bars strip it right back to the old times with simple infusions and classic-style 4/5 ingredient cocktails, or bars that are pushing the boundaries of innovation with molecular mixology and crazy new serves. While both have their merits in terms of delivering flavours and complementing spirits, they are completely different approaches, so it’s hard to say which way the industry might be going.

The main thing to take away from this is that the consumer demands and expects a lot from the hospitality industry. They want their choice of classic, simple cocktails that remind them of being a total badass from Mad Men, but they also want the gin & tonic cotton candy and absinthe caviar that bartenders and chefs have worked on perfecting for years. The consumer is a fickle beast, but especially in London there are plenty cocktail bars and you are bound to find a few that will strike your fancy. 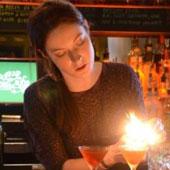 With cocktails as with whisky, it’s all about the balance of flavours. Especially with what we do at Compass Box – having so many Scotch whisky distilleries at our disposal to source whisky from – we need to make sure our whiskies have depth, but at the same time avoid having too many components that might begin competing with, instead of complementing each other. Obviously, whiskies work with a slightly different spectrum from the diversity we find in cocktails but at the end of the day it still comes down to the quality of the ingredients and the balance of flavours.

What does a normal day working for Compass Box entail? What aspects do you enjoy the most?

Every day is different at Compass Box! I predominantly work in export, so I receive and process orders from our distributors all around the world and organise any relevant documentation they may need. I also arrange for the purchase of casks from our suppliers when we are arranging a bottling. I think my favourite part of my job – without sounding too nerdy – is filling our new product specification forms for our worldwide markets. We all get super excited when we’re launching a new product into the market. Sometimes we’ll only have tried the prototype or the tank sample and seen the visualisations, or samples of the packaging, before we release the news to our distributors. So it’s always very exciting seeing the finished product that we’ve all had a hand in making, and sharing it with the world. Global Limited Edition launches are definitely my favourite part of the job!

Which expressions do you personally enjoy and why?

Ah, what a question! What time of day is it? What am I eating/have I eaten?! From the Signature range, I like to make sure I always have a bottle of Hedonism and Oak Cross in the house at all times. They’re solid favourites of mine and are my go-to whiskies for when we’re hosting at home; the softer, vanilla notes of the Hedonism are for less hardened whisky drinkers (as well as being a great digestif for those who are) and the Oak Cross is full-bodied and serious enough for seasoned whisky drinkers, but is fruity and versatile enough for a neat dram, a dram over ice or a classic cocktail.

One of my favourite Limited Edition whiskies to date has got to be 'This is Not a Luxury Whisky'. It was the Limited Edition I first started working with when I joined the company and one of the tasting notes that I always got from it was “lightly smoked white cherry”. I had a bottle to drink and still have a bottle to open on a special occasion – it’s so hard to not consider every Friday as a special occasion and just crack it open! 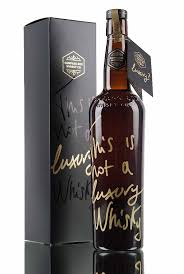 Where do you see your whisky adventure (and career) taking you in the future?

At the moment, I’m really enjoying my role at Compass Box. I enjoy working behind the scenes to make sure that more people around the world are sharing and enjoying our whiskies and, I still have the opportunity to meet people face to face at whisky events and share my passion with them. If I worked for a bigger whisky company I would probably have to give one of those aspects up, and I’m not sure which one I would rather it was!

Whisky has often been portrayed as a 'man's drink' - does this masculine reputation still hold true?

More men tend to attend whisky tasting events, but there are just as many women who drink whisky in bars and at home. When I talk to people at whisky shows, I feel like women tend to be happy to ask questions and learn, whereas men try to prove how much they already know. At the end of the day, it’s not a competition – if you’ve tried more and rarer whiskies than I have, congratulations. I know what I like (and what I can afford!) so I’m not going to get into a battle of one-upmanship with a consumer.

Having said that, I am finding that competitive whisky drinkers are becoming fewer and farther between. Most people are just happy to engage with someone about a product that they’re interested in. I think this has been greatly helped by Compass Box’s Transparency Campaign -  it’s nice to be able to be honest about what goes into all of our blends and to help break down any stigmatism about blended whiskies. For every old boy who comes up to us saying they only drink single malts, there are 99 totally cool people who are eager to try something new. And if we convert 1 out of every 10 old boys, we’re doing ok. 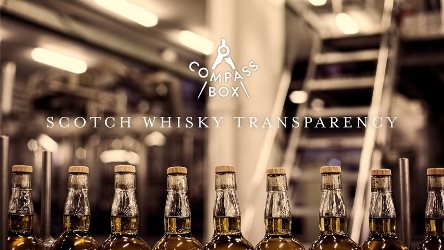 Are women well represented in the whisky world?

There are a number of highly successful women working in whisky already! We have female distillers, blenders, quality control managers, operations managers, marketing managers, brand ambassadors, I could go on. Just because it won’t necessarily be a woman as the face of a brand doesn’t mean that women aren’t well-represented in the industry. In the future, I’m sure we’ll see an increasing number of women figureheading brands instead of just powering away behind the scenes.


What new trends might we see in whisky in the future?

I think we will see whiskies with a fresher flavour profile. I think that as whisky becomes more popular with younger consumers, lighter and fresher expressions will become more prevalent and appeal to them as a more accessible “every day” tipple, moving away from the bolder, richer “special occasion” whiskies.

Now that whisky producers are less afraid of releasing NAS expressions, the focus will shift from the number on the front of the bottle to the flavours that are inside it. When producers aren’t tied to using only whiskies of a certain age, we’re likely to see more whiskies under 10 years old that will still reflect the character of the distillate, rather than a decade of wood influence.

I would do my utmost to make sure that that bottle contained Rosebank 21 from the Flora & Fauna series. I managed to pick up a bottle of Rosebank 12 (also from F&F) a few years back with the intention of returning - a few paychecks later - to get the 21. In the interim, the last bottle was sold and now I can’t find it anywhere, but I still remember my first (and so far only) dram of it in a swanky bar in the City of London! 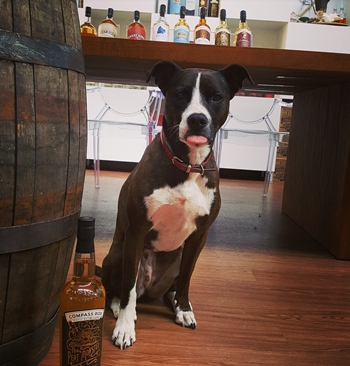