In the midnight hour 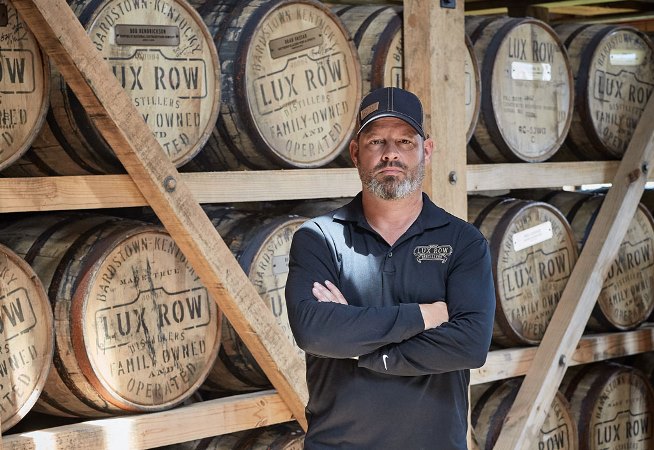 It’s hard to accurately pinpoint the reasons for the global boom in Kentucky bourbon – but booming it is. After decades of underinvestment, there are now 17 distilleries on the Kentucky Bourbon Trail attracting over 1.4m visitors annually. Production has increased 115% over the last decade and so has the infrastructure required to support it - some 7.5 million barrels are maturing in rick houses across the state. Kentucky bourbon is now a $8.6bn industry employing over 20,000 people.

Whilst the reasons for seemingly rapid growth might be somewhat elusive, the drivers are not - depending on who you talk to. Some speak of a dramatic improvement in the quality of bourbon over the past 20 years, which rings true both in terms of the greatly increased inward investment which the industry has received, but also its resurgence as a category in its own right – the days of blending exceptionally high quality spirit away just to get an entry-level product on the shelves are long gone. It’s a little chicken and egg in that regard.

Similarly, the past two decades has seen a change in the demographics of drinking. It doesn’t take too deep a look back in to the annals of advertising to see the whiskey industry gradually repositioning bourbon as a younger person’s drink – and importantly, a woman’s drink. The target markets for the spirit are much broader – more people = more potential customers.

Of all the changes over the past two decades, the biggest one might just be the widespread adoption of the Internet and in particular social media.

Being a child of the 70s has presented me with the fascinating opportunity to see the Internet take hold of our lives – but through the eyes of an adult (well relatively). There are children being born who won’t ever know what a world pre-web looks like - the persistency and pervasiveness of the social media is all they’ll ever know. As such, I look on how the Internet is used to promote and ‘influence’ with a slight sense of bewilderment – that’s not to say I don’t understand it – it’s to say that I don’t understand its users. People are weird.

Bourbon has boomed with the Internet. And not just from one-way digital advertising campaigns, but through social media’s mechanisms for connecting likeminded people and exposing the uninitiated to new things. It’s hard to maintain a viewpoint of bourbon being a drink purely for old men when your social feed is packed full of young people enjoying it.

Bourbon drinkers are not just enjoying the spirit neat – on the rocks, served long, mixed into cocktails. This versatility is another important facet which the web has helped shine a brighter light on. Few people start their journey into alcohol exploration with high proof spirits. It takes a little coaxing. A little time to persuade people to open their minds and their palates. Mixed drinks and particularly the trend for cocktails being trendy has introduced a new wave of drinkers to the bourbon category. And all signs point to this being just the beginning.

One man who has worked within the drinks industry through this period of great digital change is John Rempe. Head Distiller and Master Blender at Kentucky’s Lux Row Distillers. The Dramble caught up with John as he visited the UK to promote the soon to be released Rebel Yell French Barrel Finish (which we reviewed back in June). 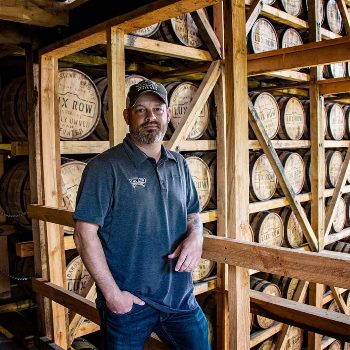 I started with Luxco (owner of Lux Row Distillers), which was then the David Sherman Corporation, back in 1998 as a Quality Control lab and R&D technician. Prior to that I had worked for a fruit juice company and before that a soft drink company.


Could you tell us about your role with Lux Row Distillers?


What does a ‘normal’ day look like at Lux Row – and what is your favourite aspect of your job?

A normal day at Lux Row is engaging with my team to ensure everything is going well and we are putting up the best possible whiskey in our rickhouses. We have the best team you could ask for and they make my job extremely easy. Favourite aspect? Well, I live on the distillery grounds, so I wake up to the smell of mash cooking every day. How could that not be my favourite thing? Well, maybe the sunsets over the distillery come close.

You know I never really think about this.  Most people spend time dreaming of their dream job. I already have mine. I’m very fortunate. 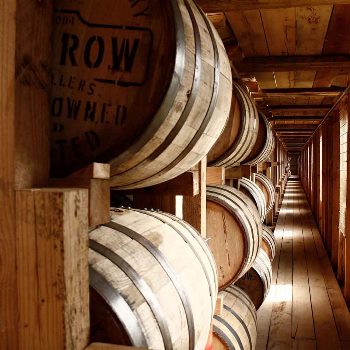 What can we expect from the distillery in the future?

We are really turning to focus more on true innovation. I’ve spent the last couple of years making sure this distillery was up and running. Now, going forward, we’ll be coming out with some new stuff. It’s going to be pretty exciting.


There's been an explosion of interest in bourbon and rye over the last few years - what do you put this increase down to?

Export growth and the introduction of a lot of high-quality limited release whiskeys. People want what is rare and unavailable to everyone. I think that is really what is driving the whole boom.


Could you tell us about the French Barrel Special Finish - why the decision to launch a non-US whiskey?

The French finish was chosen because I have worked with it in the past and knew it would pair perfectly with the wheated mashbill of Rebel Yell. It gives the whiskey a great caramel and chocolate note. It’s outstanding. Why UK?  I knew that the consumers in the UK would appreciate this barrel finish. Scotch whisky generally uses other commodity barrels, so this just seemed to fit.

Rebel Yell has just announced updated branding - is that part of a wider strategy surrounding the Lux Row distillery in Bardstown – i.e. to rebrand once the product becomes produced by Lux Row rather than sourced.

We just saw an opportunity to update our packaging and went for it. I think the new look is 100 times better than the previous look.

The UK millennials are definitely not drinking bourbon as much as in the States, be we have seen increases in some areas. That’s the challenge.  And I think things like the cocktail competitions we put on help to showcase just how great our bourbons are and hopefully it translates.


Many US bourbon whiskey brands are secretive about where they source their products from - do you think this level of secrecy leads to poor overall transparency which could harm the integrity of the market?

Secretive is kind of a loaded term. Many brands are using sourced whiskey from a supplier not named, simply because of a non-disclosure agreement.  It’s when a company or brand misrepresents a sourced whiskey as their own that is the problem.  Fortunately, this is a very rare occurrence and we have always been completely transparent about our sourced whiskeys.

Easy, my Blood Oath Pact 5. I absolutely love it. 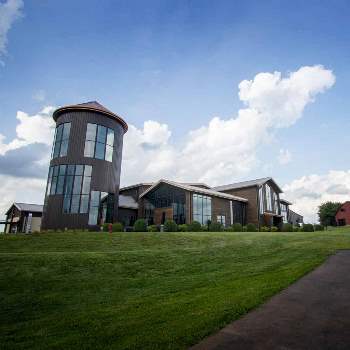 With thanks to Lux Row and Chapman Poole