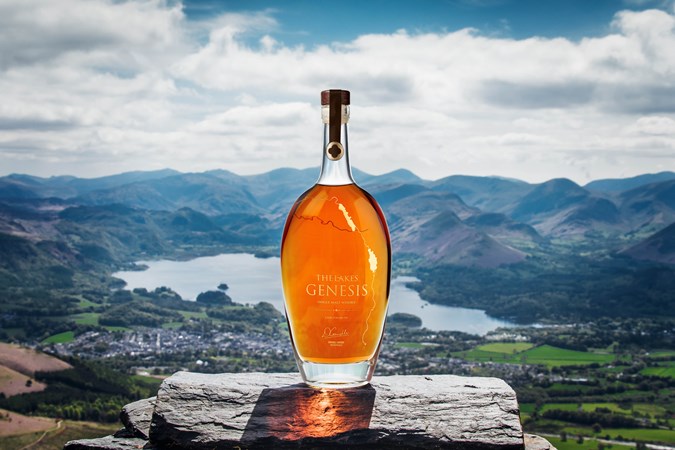 If you’ve been living under a rock for the past few years, it is possible that you’ve missed the dearth of new distilleries openings – from the very north of mainland Scotland, over to the Lowlands by way of Islay – the closures of the early 1980’s have never felt further away. But, it’s not just Scottish whisky that’s experiencing a period of almost unprecedented growth – things are also happening south of the border.

You don’t have to look too far back in history to find a time when there was no whisky distilling taking place in England. But, in 2016 the development of English distillery sites was outpacing those north of the border. The number of English spirit distilleries has risen by 413% over the last 6 years - and shortly, England will have 14 separate sites dedicated to producing single malt whisky. Situated at the very north of the Lake District National Park (near Keswick), you’ll find the Lakes Distillery – founded in December of 2014, it’s one of these newer site leading the charge for the resurgence of English distilling.

Founded by Paul Currie, previously MD of Chivas-Seagrams and part of the team who established Isle of Arran back in the mid-90’s, The Lakes was converted from derelict Victoria farm buildings. The distillery is not quite micro sized – it will be running with an initial capacity of 100,000 litres of whisky per year. Unlike sites such as Daftmill and Ballindalloch, the distillery has taken the more common approach of releasing products since its inception (cash flow being a ‘thing’).You may have seen previous releases from the site – The One (a blended whisky), The Lakes Vodka and a wide variety of gins have all been produced and are widely available.

But, now, the distillery has come of age and is releasing its first single malt ‘Genesis’ onto the market.

Genesis was matured initially in oloroso hogsheads, before being finished in American and Europe oak ex-bourbon casks. The number of casks involved in total is not specified, but, the three components have been married together in an interesting choice of cask – Spanish orange wine from Andalucia. The completed Genesis whisky is bottled at cask strength of 58.3% and with natural colour. As an inaugural release there’s some fancy packaging as you might expect – hand numbered chunky decanters each housed in a rosewood box.

Genesis is not without some controversy. The distillery took the decision to auction the inaugural bottle partnering with whiskyauctioneer: https://www.whiskyauctioneer.com/lakes-genesis-inaugural-whisky-auction. The auction is ending tomorrow (10th July) at noon, and there’s some eye watering prices to behold.

This runs in stark contrast to many first editions releases over the past few years – which have been sold either based on fastest finger first, or, in the case of the recent release of Glasgow’s 1770 first edition, via ballot. In all honesty, I’m not entirely sure how I feel about this approach from The Lakes.

On the one hand, Genesis being available via auction for around two weeks presents anyone with an interest in this historic  bottling with the opportunity to procure one – no standing in line from 3am, no hitting F5 on your keyboard whilst a website (usually Laphroaig, but Ardbeg have also decided to compete in this arena recently it seems) falls over under heavy load. So in that sense, it’s quite democratic. But, when you look at the price you’ll need to pay to obtain your piece of history, this democracy starts to look much more like a plutocracy.

In no real surprise (this being an inaugural edition), the entry price to obtain one of these bottlings (and there’s only 101) is painfully large. The cheapest bottles (currently #062 and #044) will set you back a cool £420 – plus auction fees. (Postscript 10th July - now #094 at £726 - holy moly) And, remember, whilst historic and nicely packaged, this is still, at the end of the day, a 3 year old whisky.

There’s been a lot of PR and outreach surrounding the Genesis auction – much of it focussed around a stated goal to ‘secure English whisky history with the most expensive bottle sold from a new distillery’. As a PR myself, I can fully appreciate the longer term marketing and positioning power that achieving such a goal might achieve – however, taking a step back, this feels a lot less of a noble cause. Particularly so, when you  note that all 101 Genesis bottles have been auctioned with a reserve price (of at least £350). Jessie J’s ‘Price Tag’ is clearly an unpopular tune up in the Lake Distillery.

It won’t be the fans who will be buying this bottle – it’ll be the folks with the deepest pockets – and that mean investors and flippers. But, irrespective of this being the whisky world we currently live in – I still believe that in the case of ultra-high price (competitive) inaugural editions this might present additional warping influences on the wider market. Particularly over the next 5 years.

The intent and the competition here is not based on any notion of quality and craftsmanship (which might be supremely high – but in 12 months’ time, I defy you to find a single bottle of Genesis that is open), it’s based purely on scarcity and a perception of status. That’s all very well and good when folks are bidding against each other for a legendary bottling from half a century ago – but when there’s price competition for three year old whisky where does that push the market for future generations of whisky lovers?

Nevertheless, thoughts about pricing aside (and it does appear that the auction approach has certainly generated a lot of interest), I do wish The Lakes every success with this bottling and hope that it continues to inspire the resurgence of English distilling, and wider interest the distillery’s upcoming releases. 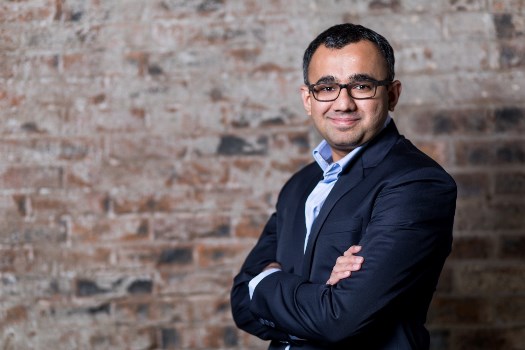 The Dramble caught up with The Lake’s whisky maker Dhavall Gandhi who joined at the tail end in 2016, having previously worked with The Macallan. Dhavall was kind enough to provide us with a short interview about both his career, The Lakes and the Genesis release.

I started my career in management consulting before venturing into the world of alcoholic beverages. I completed by post-graduate degree in Brewing & Distilling at Heriot Watt University before joining the Dutch brewer, Heineken, where I held various technical and strategy roles before joining The Edrington Group as a Whiskymaker for The Macallan. I joined The Lakes Distillery in the later part of 2016.

Could you tell us about your role as Master Blender with The Lakes distillery?

Even though I spend majority of my time perfecting our whisky making operations, I am also responsible for creation and maintenance of our gin, vodka & liqueurs portfolio.

What does a ‘normal’ day look like at The Lakes – and what is your favourite aspect of your job?

As a Master Blender, who is also responsible for the distilling operations, no two days are the same! I have a strong team to help me with the day-to-day running of the distillery, but I am hands-on with everything and anything that impacts the flavour of the final product – whisky or spirits. This includes constant process tweaks, fermentation trials, changes in the distillate profile, sourcing casks, assessing maturing stocks and finally, creation of various expressions of our single malt whisky.

I made a move from corporate finance to whisky making because that is what I wanted to do. This is what I fancied doing!

Could you tell us more about the launch of the inaugural Lakes bottling - Genesis?

Genesis is special to me – firstly as its’ the first single malt whisky from The Lakes Distillery and secondly because its’ my first whisky at the Lakes. Our whole team has worked very hard to make this happen, and it is exciting to see our dreams and vision become a reality! As the name suggest, this is the beginning and a glimpse into the shape of things to come.

How does Genesis equate to The Lake's house style - and indeed how would you describe The Lakes house style?

The Lakes House style is elegant, flavourful and well-balanced. Finding the true essence of the distillery is a journey and it can take up to ten years to truly identify its character. As a whiskymaker, my job is to not to force a certain style of character from the distillery but to nurture and enhance the spirit that strikes the right balance between the distillery character and the flavours derived from the wood. It is all about harmony and balance.

Due to the multi-oak sherry maturation, Genesis has an intense character, depth and complexity even for a young whisky.

Why was the decision taken to release Genesis through auction - doesn't that just mean that the bottles end up in the hands of the most wealthy?

Genesis is a very special and rare bottling and therefore every bottle will be individually hand-numbered and signed. There has been a lot of interest in Genesis and putting the batch up for auction meant that everyone who would like to be a part of English whisky history can have a fair chance.

What can we expect from The Lakes in the future?

Our flagship Single Malt is still a number of years away, but we will have some exciting releases for everyone to enjoy over the coming few years. We are also releasing the third bottling of our exclusive whisky for our Founders’ Club members and The Lakes Quatrefoil collection in 2018.

Increasing focus will be on quality and creating bespoke whiskies that suit regional and international palates. Ultimately, it is the liquid in the bottle that counts and brings the consumers back for subsequent purchases.

Can I have three? It depends on the location of the island, season and most important, my mood. I’ll be happy to have any one of this: Lakes Malt Genesis, Compass Box Hedonism or Hibiki 21.

With thanks to Dhavall Gandhi, Karen Ripley and The Lakes team