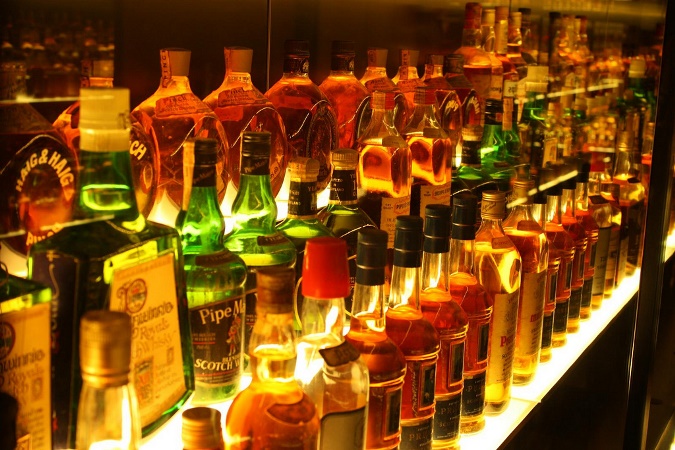 Once the preserve of die-hards and bargain hunters, auctions are now part and parcel of daily whisky life. Data from Scotchwhisky.com shows that from April to June 2017 more than 21,000 bottles were sold at auction – a 70% increase on the same period in 2016. The growth of online auctions continues unabated with a whole new cohort of buyers and sellers driving the secondary market to stratospheric levels never before seen. But, if you’re just setting out on your whisky journey and want to check out the auction scene, where should you start?

Fear not, for The Dramble has got you covered with our short guide to whisky auctioning.

An auction is simply where consumers gather to buy items by bidding against each other until a highest price is reached. Auctioning has existed for over 2000 years, with records showing that the Greeks in 500 BC were regularly auctioning off women to become wives. Indeed, the term ‘auction’ is derived from the Latin ‘auctus’ which means ‘increasing’. Slightly more recent history shows auctions taking place for livestock, crops, exotic imports and tools. In periods of depression, such as the early 1900’s in the US, auctioneering was commonplace to liquidate the assets of individuals and businesses suffering from the adverse effects of the economy. Nowadays, auctioning has become a everyday method of selling and buying goods and services. Whilst physical auction houses still thrive, technology has radically changed the market, and online auctions are now a familiar sight. Most of you will have probably bought something via eBay at some point – if you were bidding for it then you were taking part in an online auction.

Online whisky auctioning has essentially developed over the past decade – driven by improved technology, wider connectivity and, of course, an ever increasing market for whisky. The concept behind online whisky auctions is largely the same as of auctions of old – items (lots) are listed and buyers bid on those items until someone commits to the highest bid. But, there is some distinctiveness which it’s important to be aware of before venturing in and bidding your hard earned money on a bottle or two.


Where do I find a whisky auction?

Physical auctions still take place. Christies, Bonhams, McTears and other well-known auction houses all hold in-person gatherings where you can buy and sell bottles of whisky. It’s at these internationally known auctions that you’ll often see some of the oldest and most desirable bottles and collections trading hands. Sometimes for incredible sums of money. For the mere mortals among us, you’re more likely to be looking to sell or buy whisky at one of the many online auction sites. Here’s a crib sheet to help get you started:

Information as of August 2017. I’ve tried to be as accurate as I can be, but apologies for any errors.
N.B. as of writing, Royal Mile Whisky Auctions will be going live on 15th September.

This is not an exhaustive list of online auction sites. There’s undoubtedly more out there, and likewise there will definitely be new sites which will open up shop in the future.


What does it cost?

Before you dive in and start ogling bottles you need to be aware of the costs. Firstly, some sites will want you to register for a small fee – and that fee varies between sites. The fee is used as much to validate you as a bonafide auction user with access to a bank account, as it is to charge you a little bit up front. But now we get to the crux of the matter, the costs for buying and selling bottles. These too vary between sites with some offering free listing of items and some adding VAT on top of everything leaving you with a hefty bill to pay at the end. I can’t advise you which site(s) you should be using, but I can counsel that you should be 100% aware of the commission fees (and VAT rates) that you’re exposing yourself to in advance of placing any bids. Don’t ever think that the hammer price (the price that you buy the item for) is the final word – you’re going to have to top this up with a percentage payable to the auction house. Business is business, and these sites are not buying and selling bottles just for the love of it.