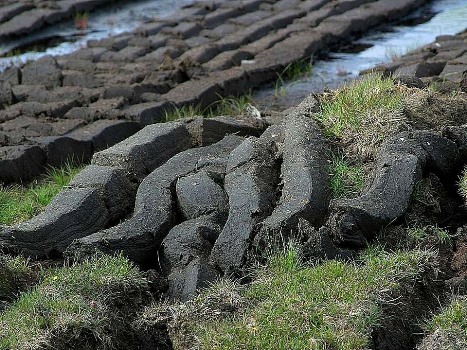 Peat has an age-long association with the whisky industry. From Islay to the Western Isles, there were few trees available so peat was traditionally used both for burning as fuel and for insulating material. Since the turn of the century two distinctive trends can be seen in the use of peat within the Scotch whisky industry. The overall level of peating has decreased across bottlings, however, at the same time the peatiness of some whiskies has increased dramatically as distilleries look to create ‘peat monsters’ and a new category of super-heavily peated whiskies such as Octomore.

When touring a distillery which produces peated whisky, you’ll often hear someone ask whether the brown coloured water added to the mash contributes to the eventual smokiness of a whisky. The answer is a resounding no. Whilst the waters have run through peat bogs and indeed do often have a ‘peaty brown’ colour, if you actually taste them you’ll find a level of brackishness (briny and slightly salty) and minerality, but certainly not any discernible smoke. Peat as a taste is derived purely from the smoking of the barley itself. 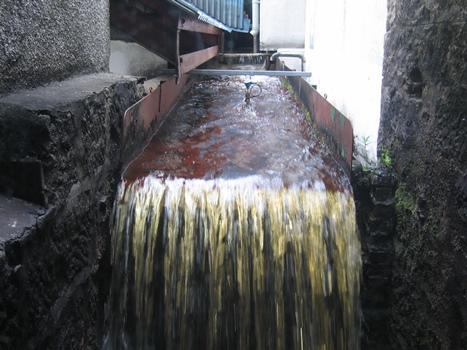 Before mashing, barley is first steeped in water to allow it to germinate. If you’ve ever played around with cress seeds and cotton wool at home you’ve done pretty much the same thing. Germination allows the barley to generate natural sugars – and its these which will be needed later for fermentation and the production of alcohol. But, before the process moves forward and the barley is milled into grist, it needs to be dried. Traditionally, this drying process would have been conducted with whatever fuels were available to hand – wood, coal and indeed peat. Most modern distilleries with malting floors now simply use hot air to produce their unpeated barley. However, it’s at this stage that distilleries looking to produce a peaty whisky add into the process and therefore their eventual flavour. They do this through the burning of peat.

Peat bogs are located all over the world from Europe, through the Americas and indeed Asia, though they are often found in more temperate climes in the Northern Hemisphere (primarily between a latitude of 60° to 70°N)  A bog is simply a wetlands environment where dead plant life and moss (often sphagnum moss) have decayed over thousands of years to produce layers of peat often several metres in depth. Sphagnum moss, is one of the most common constituents of peat, and therefore derives its nickname ‘peat moss’. But, given the differences between peat bog ecosystems, marked differences can be discerned between the types of peat which distilleries use for smoking their barley. Peat from woodlands or moorlands tends to impart earthiness and dryness to whisky (Brora and Glen Garioch are two such examples). Whereas in areas where no trees are present such as on the Isle of Orkney, heathers and other flowering shrubs decay into a much more floral peat (Highland Park and Scapa being the two Orkney-based examples). No discussion of peat types would be complete without looking at the Isle of Islay, home to some of the world’s most famous peated whiskies. Sphagnum moss can hold large volumes of water (from 16 to 26 times their dry weight) and in the case of the sphagnum on Islay, bog are often composed of mosses and also both seaweeds and accumulations of salty sea waters – these additional marine influences are often believed to be responsible for the distinctive medicinal and maritime flavours of the peaty whiskies produced on Islay. 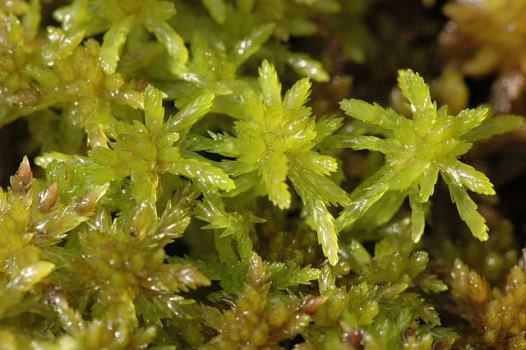 By James Lindsey at Ecology of Commanster, CC BY-SA 3.0, https://commons.wikimedia.org/w/index.php?curid=1718182

Contrary to an April Fool’s joke in 2016 proclaiming that the peat on Islay was running out, bogs do in fact continue to grow. But very slowly – only around 1mm each year. Therefore a bog which is a metre deep has taken around 1000 years to develop. Some peat deposits have indeed been exhausted over time – around Campbeltown no more peat is currently being dug so it is brought in for the production of Springbank’s, Kilkerran’s and Glen Scotia’s peated malts. The peat needs to be extracted from the bog before it can be burnt for its pungent smoke. An Cnoc distillery have produced a range of peated whiskies all named after traditional peat cutting tools – go take a look, they seem like hard and heavy work right? https://ancnoc.com/peaty/ Once the peat is cut from the bog, it is piled up and left to dry into small pyramid shaped piles. The dried ‘bricks’ are now ready as a fuel source.

The level of peatiness in a whisky (measured by parts per million phenol – PPM) is derived from how long, and how much, the dried barley grains are exposed to smoke from the burning peat bricks. The smoking process varies greatly between distilleries with malting floors depending on how peaty a whisky they want to produce. This said, very few distilleries possess their own active maltings now and instead, they buy in their smoked barley to precise specifications. Even world-famous Laphraoig only smokes a portion of their own barley, obtaining the rest of the nearby Port Ellen maltings.

Once the smoking process is completed, the barley is taken away for mashing. At this point a PPM measurement is taken. It’s therefore worth noting that the PPM listed on your bottle of whisky does not refer to how peaty the final produced liquid is – only how many phenols were present in the barley used to create that whisky. This is an important distinction for two reasons, firstly, because it helps explain why some whiskies with very high PPM figures do not actually taste x-times more peaty than another whiskies. Secondly, because the process of mashing, creating a wash, distilling and bottling all in turn reduce the overall level of phenols present in the eventual finished product. Indeed, the amount that phenols levels reduce (and they always reduce) during production varies significantly between different distilleries. I recently attended a lecture by the Manchester Pyromaniacs where both a 45 PPM Laphroaig and a 208 PPM Octomore had their actual bottled PPMs tested. The results showed a much closer actual level of PPMs between the two and indeed a marked drop off of the Octomore PPM from its listed 208 to what was detectable within the final bottled liquid. Those interested in more peat science, here’s a link to the whole presentation: http://manchesterpyromaniacs.blogspot.co.uk/2017/07/whiskyology-science-of-peat.html. 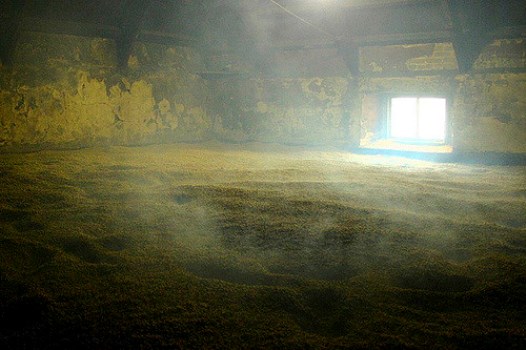 Most whisky has some level of natural smokiness (yeast converts polyphenols into phenols, and similarly phenolic compounds are produced during oak maturation), however its often times completely undisernable to the human nose and palate. Only when PPM values increase, and indeed a whisky is intended to be smoky does it come possible to detect the presence of peat influence. So, if that’s the case, what’s the whisky with the highest number of phenols out there? Well, both Octomore and Ardbeg Supernova certainly vie for that crown and are undoubtedly very peaty whiskies. But, we need to remember that phenols and peat are not one and the same thing. There are many different types of phenol, and they contribute a wide variety of flavours to whisky, from woody and musty, to spicy and meaty, through to smoky and medicinal. So, its therefore fascinating, and yet somewhat surprising to find that Balcones Brimstone, an unpeated American corn whiskey, actually takes the crown as the bottling with the highest amount of phenols.