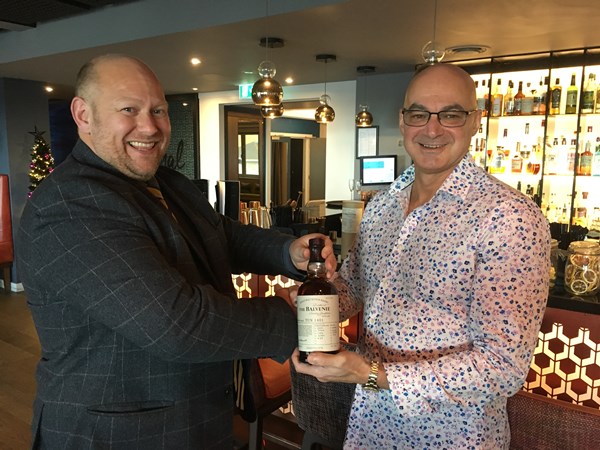 Paul Martin is at his best when he’s in front of an audience. Whether it’s tutoring a new generation of bartenders or providing motivational talks to the hospitality industry, his passion for the drinks industry is apparent. As a PR for my entire working life, I know only too well the pressures of effective public speaking – for Martin, it’s an arena that he thrives in. Working across the bar trade for over 30 years, Martin has developed an extensive portfolio – from training courses, half a dozen cocktail books (including the recently launched 101 Award Winning Cocktails from the World’s Best Bartenders) and even a qualification in British Sign Language. He’s also no strange to whisky having launched Dream Whiskies in early 2017.

The premise behind Dream Whiskies is extraordinarily simply – once a month, one lucky person receives a bottle of something that most of us would only dare to dream of owning. The brand derives visibility for its products and Martin presents a usually astonished individual with something shiny and tasty. It’s all rather like Master of Malt’s Whisky Santa, but all year round and thankfully less intrusive.

Dream Whiskies interviewed me earlier this year as part of their expert influencer roundup, so when I caught up with Paul recently it seemed like an ideal opportunity to turn the tables and find out more about him!

To a degree, I have always been involved in the world of whisky. My background is bar related. I worked as a cocktail mixologist for a number of years, eventually owning my own bar in south west London. By the time I sold the bar, I had established myself as a champion mixologist having won numerous global mixology titles and setting two world speed-mixing records (I mixed 196 different cocktails, one at a time, in 60 minutes). After selling my bar, I became one of the UK's first cocktail consultants and then moved in to the world of bar, cocktail and hospitality training. I have also published a variety of books on cocktails, bartending and service skills.


How did your experience in the bar/mixology industry help guide your journey into whisky?

As a bartender, I was always keen to develop my skills to the point where I could provide the best service experience possible. Part of being a great bartender is having the knowledge and skills to take your customers on new journeys, introducing them to drink experiences they would never have found without you. Accordingly, it was necessary to expand my bartending knowledge continually, both from a mixology perspective and also from the point of view of understanding the unique characteristics of the thousands of products that can be found on the world's bars. This is where my fascination with whisky began. Of all the spirits available, it was whisky and the incredible diversity of whisky products that truly caught my imagination. 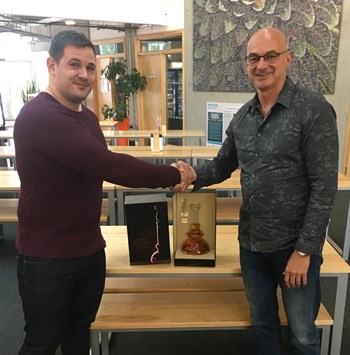 Could you tell us more about the creation of Dream Whiskies?

As strange as it may sound, I was inspired to start Dream Whiskies by an Aston Martin Vantage! Or, to be more specific, the chance of winning one! I was walking through Gatwick airport, killing time before a flight, and noticed the company that runs 'supercar' competitions where you can enter for the chance of winning your 'dream car'. They had a beautiful Aston Martin Vantage on their stand. I became fascinated by the opportunity and decided to enter. I couldn't imagine any other way that I would ever own an Aston! A little later, I found myself having a look around World of Whiskies and noticed a bottle of Glenfiddich 50 selling for around £30,000! In that moment, the idea for Dream Whiskies was born. It occurred to me, that in the same way that there are millions of car drivers that would love to own a supercar but would never be able to afford it, there were also millions of whisky fans that would love to get hold of a 50 year-old Glenfiddich but likewise would never be able to afford it. Wouldn't it be great if there was a competition that gave away superwhiskies instead of supercars?! Obviously we can't afford to give away whiskies of that value just yet, but it is a future goal of ours. I didn't win the Aston by the way!


You've highlighted the concept of being 'priced-out' of whisky - how do you think this impacts the market?

I feel that the price of premium whisky is simply beyond the reach of the vast majority of whisky lovers. And I'm not just talking about the £30,000+ bottlings, but once the price goes over £100 or so it becomes far too expensive for most of us. People work hard to make a living and the cost of that living means that for most, spending over £100 on a bottle of whisky is a huge extravagance…one the majority are unlikely to make. In terms of a wider impact on the market, I feel that the massive prices are creating a parallel community where whisky is becoming a commodity. There are those, like myself and millions of others that love to drink whisky and there are others that view it as an investment. That of course, is another hot topic!


What does a ‘normal’ day look like at Dream Whiskies – and what is your favourite aspect of the job?

At the moment, I run Dream Whiskies alongside my 'day job' which means that I have days that are entirely dedicated to Dream Whiskies, and others where I only have an hour or so. As we grow, and eventually start making some money, I will be able to dedicate more of my time and expand the team here. However, for now a typical day includes communicating with our players on our social media pages, developing new ideas to expand what we can offer going forward, driving the promotion of our live competition, developing relationships with third parties (again with a view to offering our players more in the future) updating our website and of course seeking out more great prizes for upcoming competitions. In terms of the favourite part of the job... that's easy! I simply love letting our winners know that they have won. We get a variety of responses from them, including people that think they are being wound-up by a friend. But ultimately, it's the sense of excitement, when someone realises they are the winner that gives me the biggest pleasure of all.

It would almost certainly be something to do with entertainment. Part of my 'day job' is working as a keynote/motivational speaker. I love standing on stage and holding everyone's attention. Especially if I am able to share something that makes a difference to that person's life, be it personal or professional. So, I guess I would look to focus on something related.


What can we expect from Dream Whiskies in the future?

We have big plans for Dream Whiskies and want to grow it in to the world's biggest whisky giveaway portal. Our next step requires a bit of investment and so we are about to launch (Nov 21st) a members option through a portal called Patreon. This gives our players the option to become Dream Whiskies members/Patrons in return for receiving some cool stuff from us like exclusive content, mixology videos, online courses, etc. The member option is completely that... optional. But it will enable us to raise some funds to put back in to Dream Whiskies. Depending upon how well that goes, we are looking to increase the frequency of our competitions. Currently they are monthly but we are looking to run them fortnightly and then eventually weekly. We will also be looking to offer more main prizes for each competition and gradually increase the prize value also. Current prize value is in the £400-£500 range.


From your experience, what new trends might we see in whisky in the future?

This is quite a difficult one to answer. I believe that the continual experimentation with barrel types will continue. Likewise, we are seeing more limited releases, which I expect to continue also. However, beyond that it is hard to say. Personally, as a mixologist, I am keen to show people that there are different ways to enjoy whisky. For so long, it has been deemed almost blasphemous to mix quality whisky with anything other than water or ice. However, with whisky styles being so diverse and with whisky itself being so versatile as a spirit, there is huge potential to create the most amazing range of fabulous whisky-based cocktails. For example, I produced a stunning Old-Fashioned cocktail using Lagavulin 16 recently. It was a truly spectacular mix and an inspired way of enjoying the Lagavulin.


How is the growth in whisky affecting cocktail culture and vice versa?

There is no doubt that whisky based cocktails have seen a huge growth in recent years. If you go back to the 1930's/40's, most cocktails were based on gin, in the 1980's- 2000's, vodka was the spirit of choice. However, as the standard of mixology has risen, so has the desire to take the multitudinous characteristics of the world's whiskies and use them to create a new movement in the world of mixology. As a result, the higher profile of whisky in the world of cocktails is, in turn, introducing an entirely new audience, in terms of age, culture and demographics to the broader topic of whisky as a whole.

Well, if it's just one bottle, it will have to be a large one! Something of the volume of a Nebuchadnezzar ! In terms of what I would want inside the bottle... it would have to be a Macallan 10 sherry, I simply adore that whisky.


With thanks to Paul Martin at Dream Whiskies