Bunnahabhain and a blether with Brodie 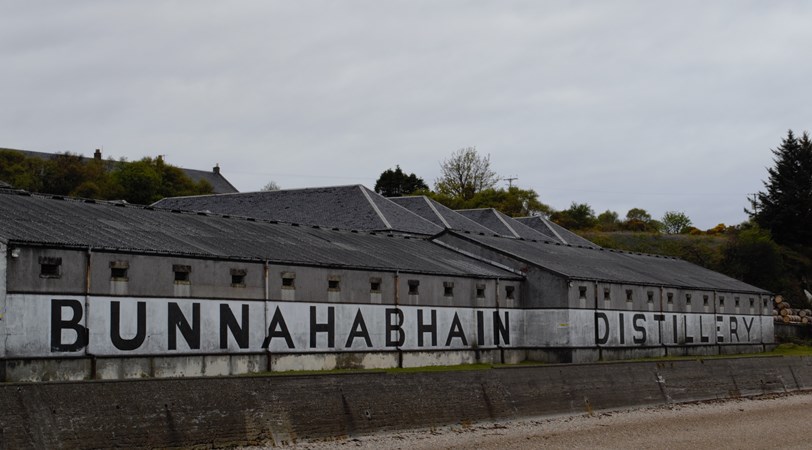 The scale of Britain’s industrial expansion during the Victorian era in the 19th Century was massive. Driven by greatly increasing international trade, growing demand for consumer goods and most significantly, widespread application of steam technology,  Britain emerged as the most powerful trading nation in the world. Founded in 1881, Bunnahabhain was born of this period of industrialisation and, you can still see this, even today. 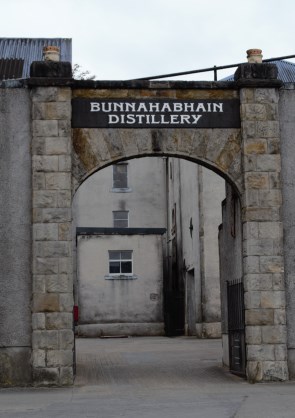 No visit to Islay is complete without making the journey up to Bunnahabhain which is located remotely towards the north of the island. The drive on a nice day is stunningly beautiful, offering views across the Sound of Islay towards the Isle of Jura and in particular the Isle’s imposing ‘Paps’ which form a coastal barrier along much of its southern coastline. The remoteness of the distillery is not the only idiosyncrasy of Bunnahabhain - it is the only coastal distillery on Islay that does not regularly paint its warehouses in gleaming white. In keeping with a sense of Regency inspired Victorian style, the distillery and its outlying buildings are largely kept a restrained grey colour. Everything at Bunnahabhain is also large - huge dunnage warehouses, an enormous mash tun,  giant copper pot stills and, importantly, their welcome to visitors.

Whilst the buildings are generally grey, tour guide David Brodie is much more colourful. Visitors to Bunnahabhain will begin in the reception and shop housed in the first floor on one side of the distillery’s large and imposing courtyard. As tour guide, Brodie welcomes visitors from around the world and tells them the story of Bunnahabhain makes whisky. He does this very well indeed. Passion for whisky clearly runs deeply within him and he speaks knowledgeably and enthusiastically about Bunnahabhain and Scotch whisky generally. A tasting with Brodie inside Bunnahabhain's warehouse No. 9 should be on the schedules of anyone making a whisky pilgramage over to Islay.

The Dramble was fortunately enough to spend some time talking (or having a Blether as he prefers to call it) with Brodie about his time at Bunnahabhain.

A blether with Brodie 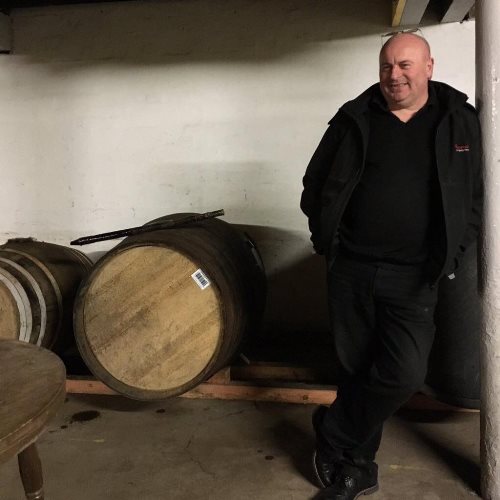 The founding of the distillery in 1881 was by William Robertson in partnership with Greenlees Bros. Bunnahabhain's remote location meant that as well as constructing the distillery itself and warehousing, housing for workers needed to be built nearby also. As well as laying a road to the site, a pier was also created so that barley and barrels could be brought in and whisky could be shipped out. The distillery has hardly changed in the 136 years since its construction, though like many other sites the malting floor is no longer used.

Bunnahabhain is often thought of as an unpeated Islay whisky. The huge onion shaped stills (with capacities of 15,500 litres) provide a hefty amount of copper surface area, which compared with Lyne arms of close to 0% incline help create generally lighter and sweeter styles whisky. However, this was not always the case, and prior to the 1960’s Bunnahabhain’s whisky output was much smokier. Today, around 20% of the distillery’s annual production is peated to 35PPM. Past Master Distiller Ian MacMillan brought peated Bunnahabhain back to the fore in 2015 with the release of Ceóbanach (pronounced "kyaw-bin-och" and gaelic for "misty"), a 10 year old single malt, as well as supplying 3 year old peated output for blends. There has been several more peated Bunnahabhain’s over the past two years, often now named ‘Moine’ (pronounced “mon-yer” and gaelic for “peat”).


Bunnahabhain is likewise often thought of as a single malt, whereas much of the large scale production is still destined to find its way into some of the world’s leading blends such as Black Bottle. Such is the scale of production at Bunnahabhain, perhaps best illustrated by both the size of the spirit and wash stills as well as the impressive number of bonded warehouses on site.

Since 2013, the distillery has been owned by South African company Distell and the increased global interest in whisky has impacted Bunnahabhain positively. Production has increased even further (if that seemed even possible) and new markets have opened up, unsurprisingly in Africa given the new owners, but also in Taiwan - where Bunnahabhain released the well received 'Frechman's Rocks' travel exclusive bottling. 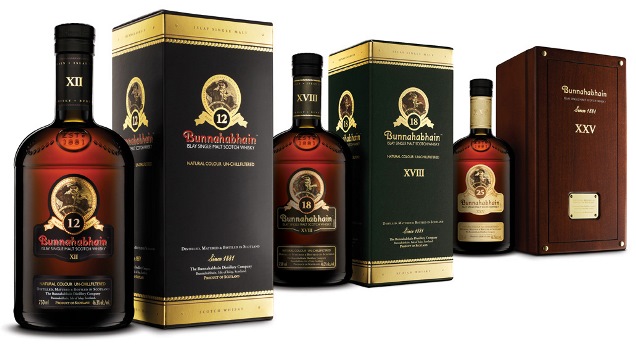 The Bunnahabhain range is currently a mix of both core age statements (12, 18 and 25 year olds) and no age statement bottlings, which at present tend to favour their peated expressions (Ceóbanach and Toiteach being the most commonly available examples). The range benefited significantly when previous owners Burn Steward abandoned chill filtering and increased the ABV of bottlings from 40% to 46.3% as a standard across the range. This has in turn brought in a new tranche of eager Bunnahabhain fans.

Despite it's remote location and industrial roots, Bunnahabhain continues to strike the perfect balance between tradition and modernity - keen to innovate and develop, but never forgetting, or abandoning, its Victorian craft origins.